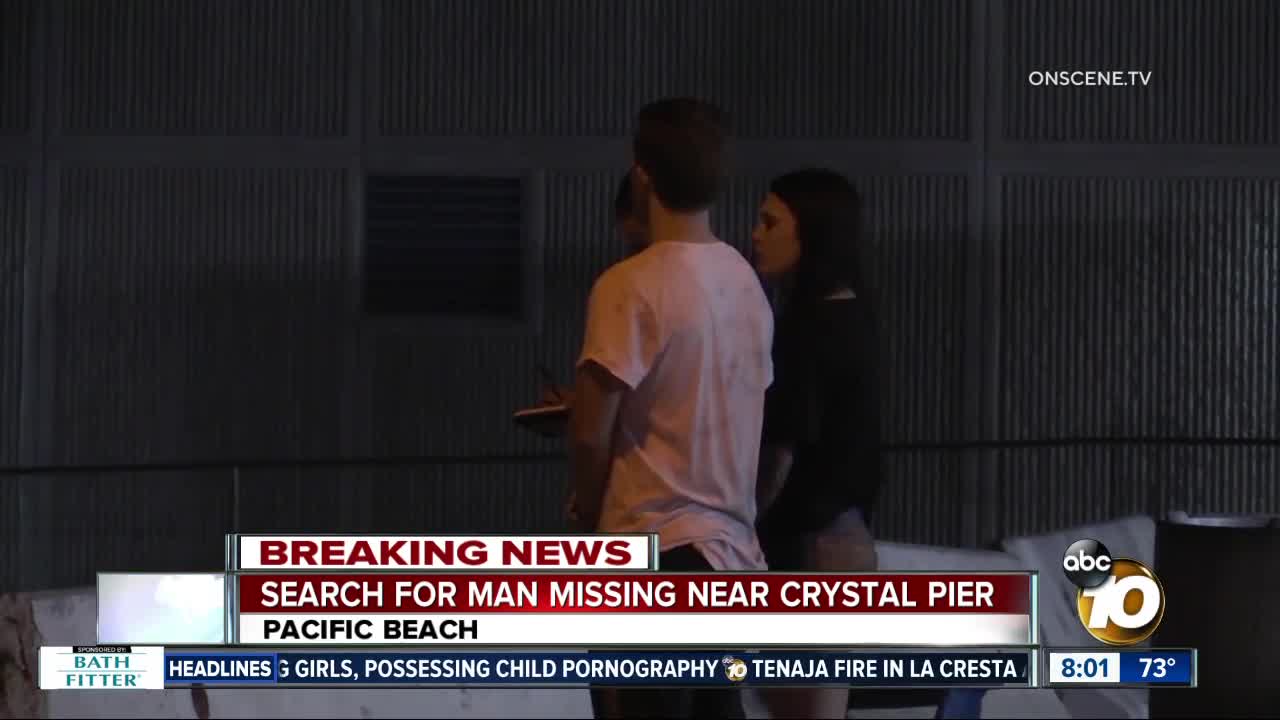 San Diego Lifeguards say four friends went into the ocean around 1:30 a.m. across from the Ocean Blvd. and Garnet Ave. beach entrance. But one of the friends did not return, prompting searches throughout the morning by U.S. Coast Guard and lifeguard crews.

The swimmer was reportedly celebrating his 21st birthday at the nearby Waterbar before the group went for a swim, according to San Diego Lifeguard Lieutenant Rich Stropky.

Though the group told lifeguards the water was only waist deep in the area they were swimming, the swimmer somehow became separated. The person's clothes, wallet, and phone were also left behind when the group returned to shore, Stropky said.

Saturday morning, a U.S. Coast Guard cutter and helicopter assisted in the search.