San Diego students to walk out in global climate strike 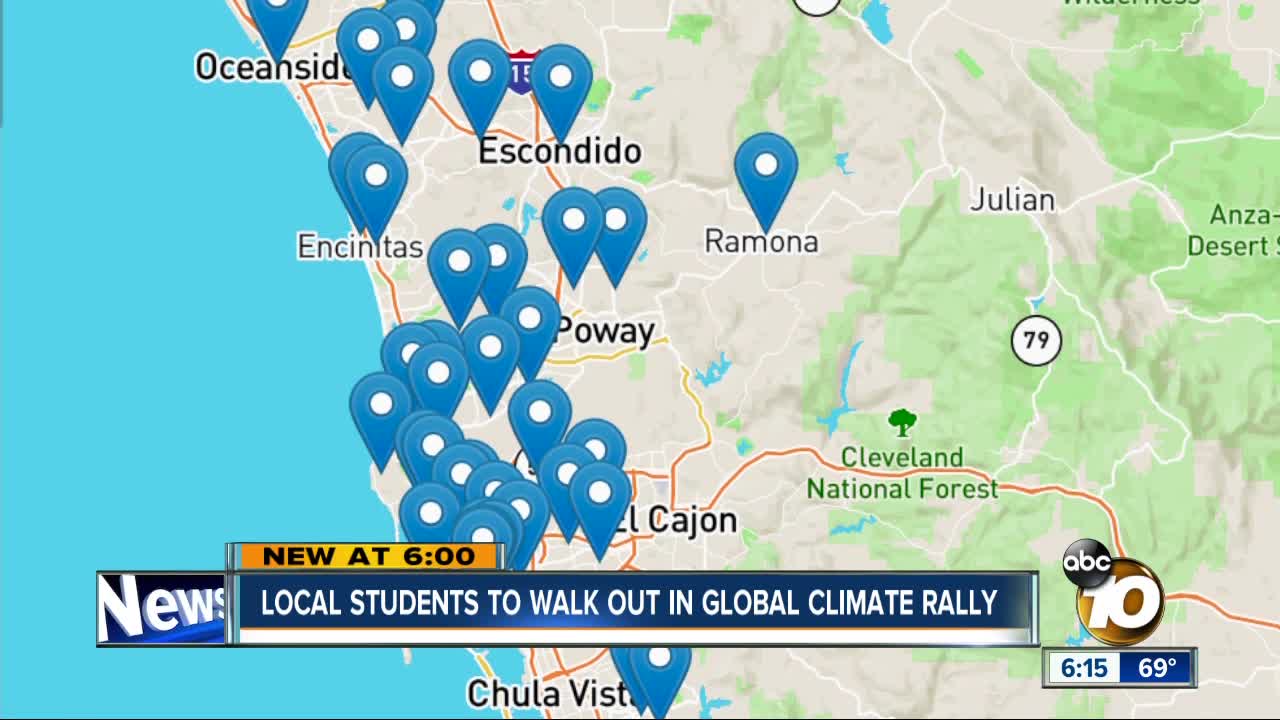 Thousands of local students Friday are expected to take part in the county's largest ever high school walkout on climate change.

"I think it's a pivotal moment for youth," said Katelynn Sutton, a senior at High Tech High in Point Loma and event organizer.

Around 10:30 a.m. on Friday, Sutton will lead dozens of students plan on a walkout. The students will hop on a bus to San Diego's City Hall, where they will attend a public rally for climate action for the rest of the school day.

"It's going to show adults they need to take action now because we don't have any more time," said Sutton.

Around the same time at University City High, senior Summer Camporesi will be leading hundreds of students on a walkout.

"We'll be meeting in the middle of school and then walking up Genesee [Avenue] to Standley Middle School," said Camporesi.

At a park near the school, they will join several hundred middle school students for an hour-long rally, before heading back to class. In all, dozens of schools across San Diego County are expected to take part in the global climate strike, most of them high schools.

"We're showing it's super important. We're willing to take time out of our education," said Camporesi.

Several area school districts, including San Diego Unified and Sweetwater Union High School District, have passed resolutions supporting the youth-led global campaign. Policies vary from school to school, but for most of the walkouts, some form of parental permission will be required to make the absence excused.

"It's going to give youth worldwide - and people - hope, because it's going to show we care about our future and our children's future," said Sutton.

Here's a list of all of the climate action events, including some public events.