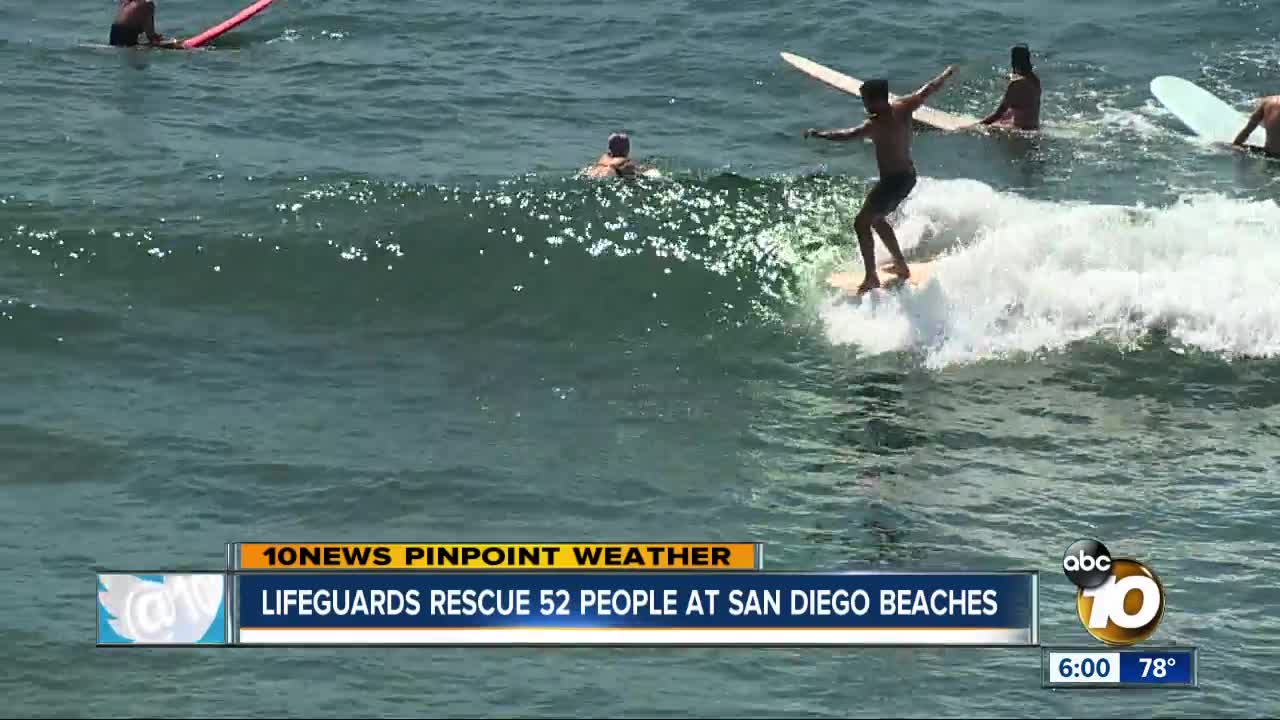 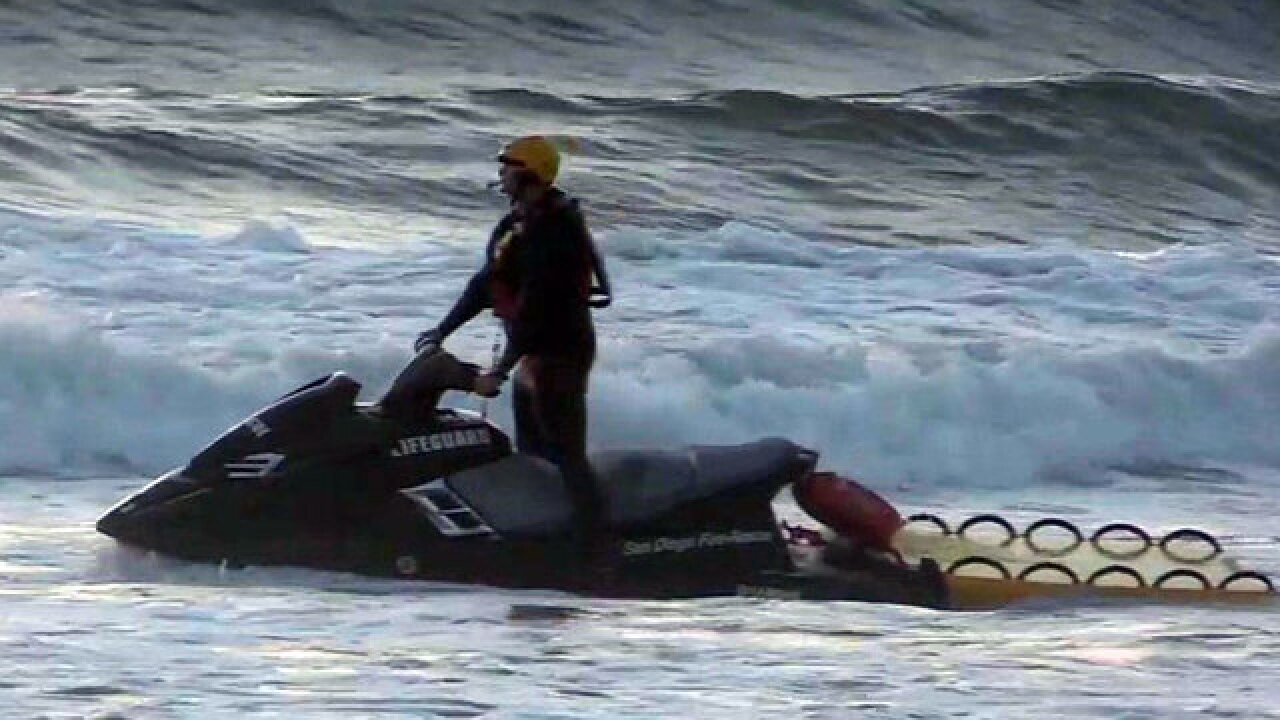 There were an estimated 120,952 beachgoers along the coast on Saturday, according to San Diego Lifeguard Services Sgt. Charles Knight.

The rescues come as tropical depression Ivo swirls off the coast in the Pacific Ocean. According to the National Weather Service, the storm is blamed for elevated surf and strong rip currents.

The service said Sunday the greatest impacts would be felt along the south-facing beaches of Orange County. Elevated surf was also expected in far northern San Diego County.