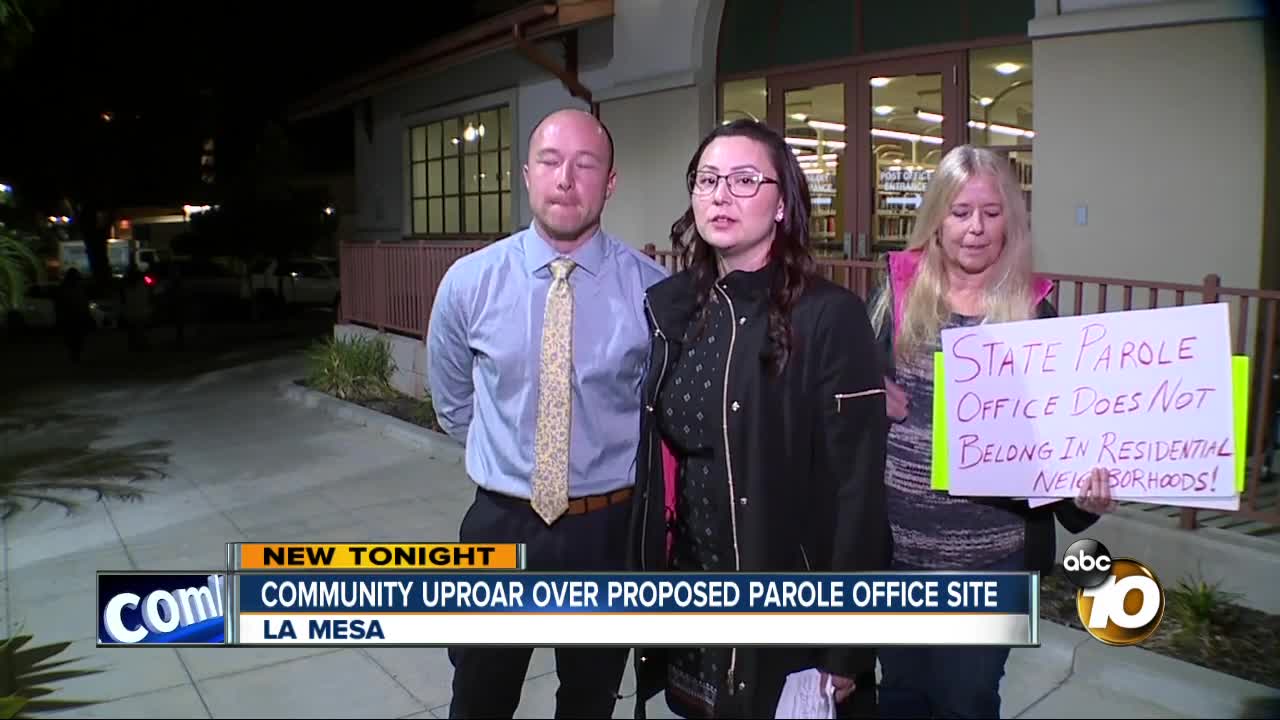 LA MESA, Calif. (KGTV) - Close to a dozen people spoke out at a La Mesa City Council meeting Tuesday night against a proposed parole office moving into their neighborhood.

The issue wasn’t on the city council's agenda, but neighbors decided to use the public comment section to let city leaders know how they feel.

The California Department of Corrections and Rehabilitation is considering the parole office location at the end of Grossmont Summit Drive.

Neighbors said it’s an inappropriate site because it is less than a mile from Grossmont High School and Mt. Helix Academy. It is also very close to homes.

Daniel and Stephanie Boethin live close to the proposed site and have started a petition against it due to serious safety concerns.

“My child is two years old,” Stephanie Boethin said, “And I don't want (parolees) to see the ins and outs of my everyday life. I don't want them to see my beautiful daughter playing in the front yard.”

Because the issue wasn’t part of the agenda, the city council could not discuss the issue. However, the mayor said they would be looking to see what role they have in the process.

CDCR officials were looking at the La Mesa location because there are many parolees in the region, according to the city clerk.

The clerk also mentioned CDCR was looking at other locations outside of La Mesa.

CDCR sent 10News the following statement: “CDCR is evaluating a facility in La Mesa for a potential parole office. At this time, the department is receiving input from members of the community and officials; CDCR will also convene a community meeting in the new year. “