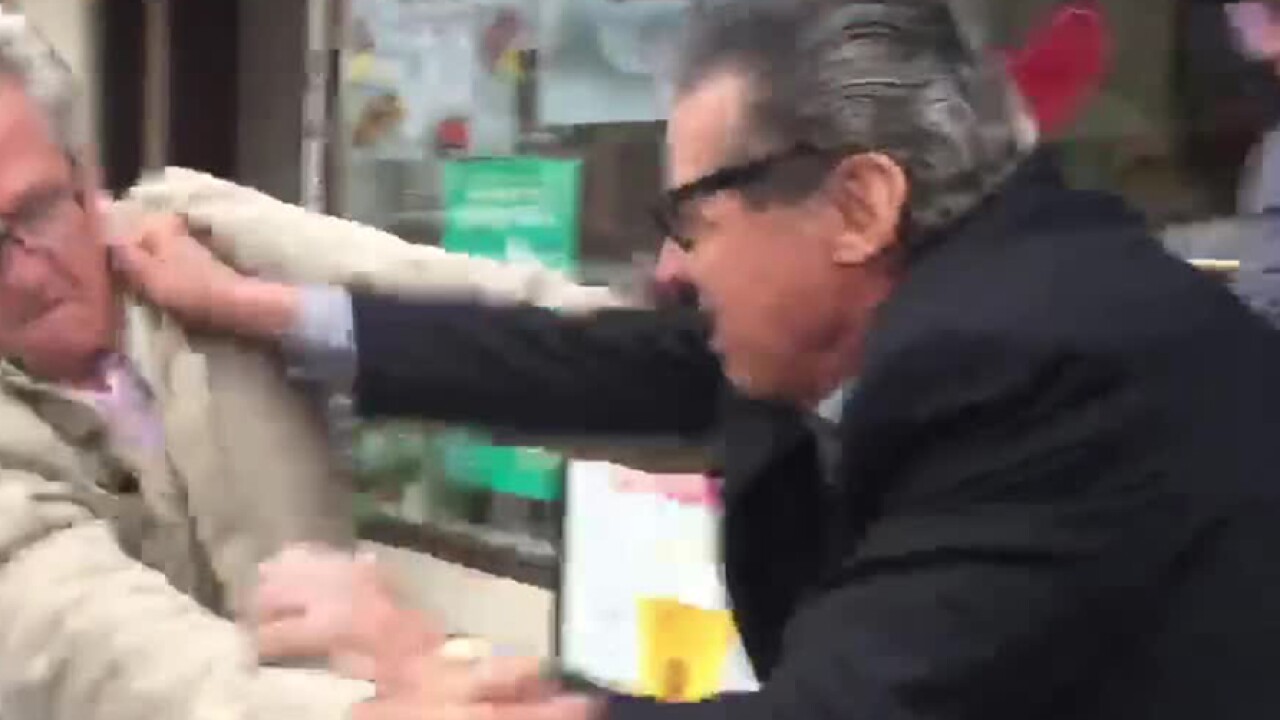 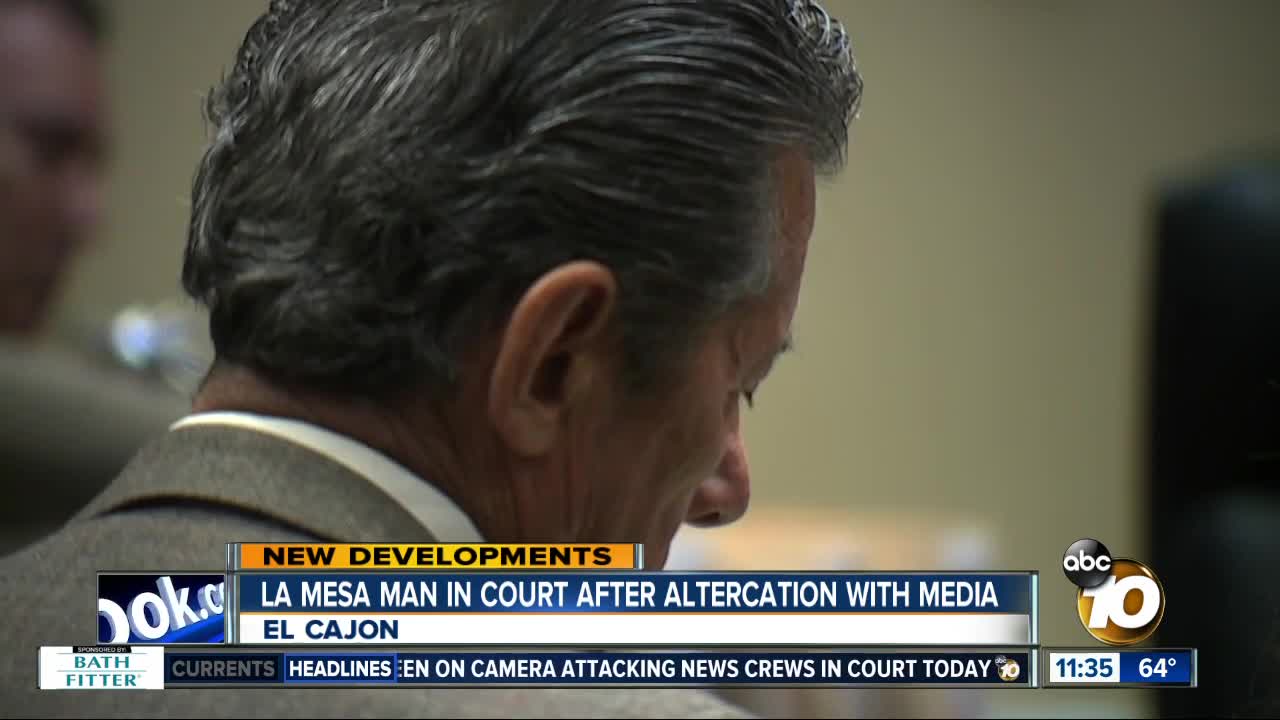 EL CAJON, Calif. (CNS) - La Mesa business owner Peter Carzis, who was captured on video allegedly committing a lewd act with a woman on the sidewalk outside his clothing store and getting into a tussle with members of the media, pleaded not guilty Monday to felony vandalism charges and misdemeanor counts of battery and committing a lewd act in public.

The 76-year-old owner of Peter's Men's Apparel on La Mesa Boulevard faces up to three years in county jail if convicted of the January incidents, which culminated with Carzis allegedly attacking news reporters and photographers who were attempting to interview him outside his business.

The news crews had gathered to try to get a response from the defendant regarding a video posted on the "La Mesa Happenings" Facebook page, which appeared to show a man, alleged to be Carzis, with his hands up a woman's shirt outside the store.

Carzis also allegedly spit at a man outside the business on another occasion, La Mesa police Lt. Greg Runge said.

Video shot by local news outlets showed him cursing at reporters, shoving a cameraman and slapping a phone out of a reporter's hand before walking back into his store. No injuries were reported, but Carzis allegedly caused "irreparable damage" to the videographer's camera, valued at about $7,000, Runge said.

Police responded to the scene, but Carzis had left. He was arrested a few days later in San Diego but was released from custody after posting bail.

Carzis is due back in court March 18 for a readiness conference.