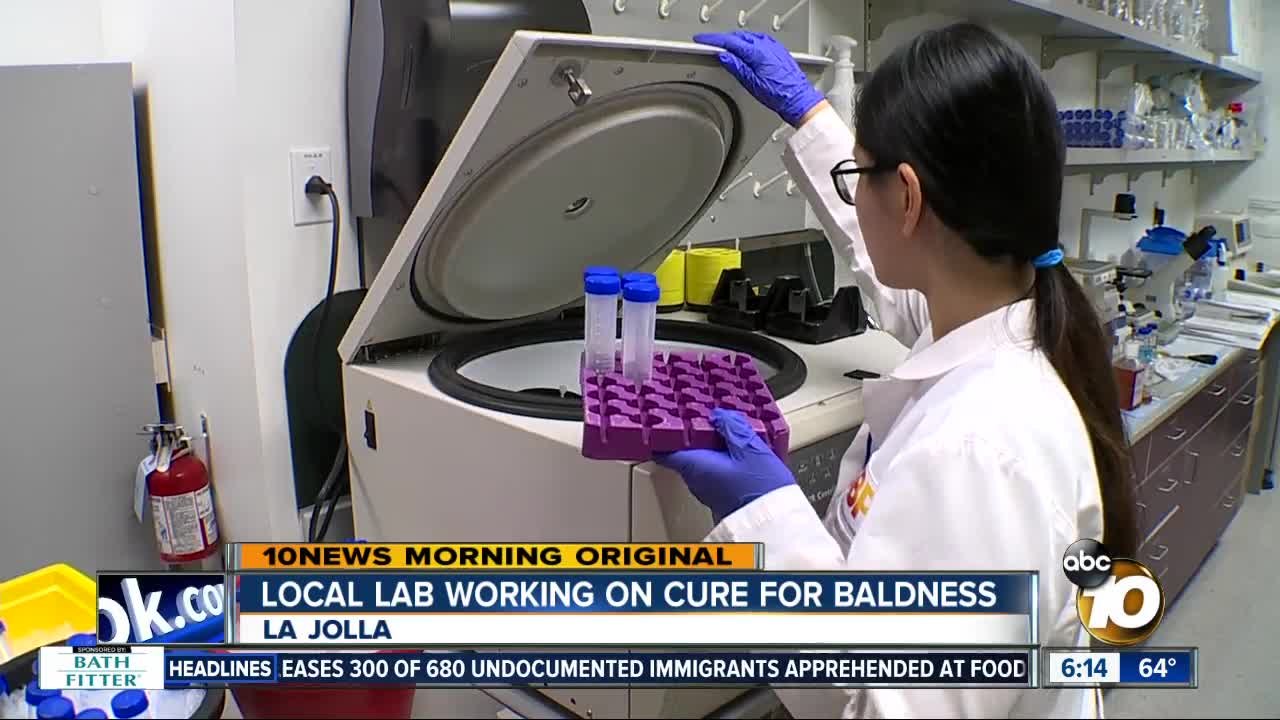 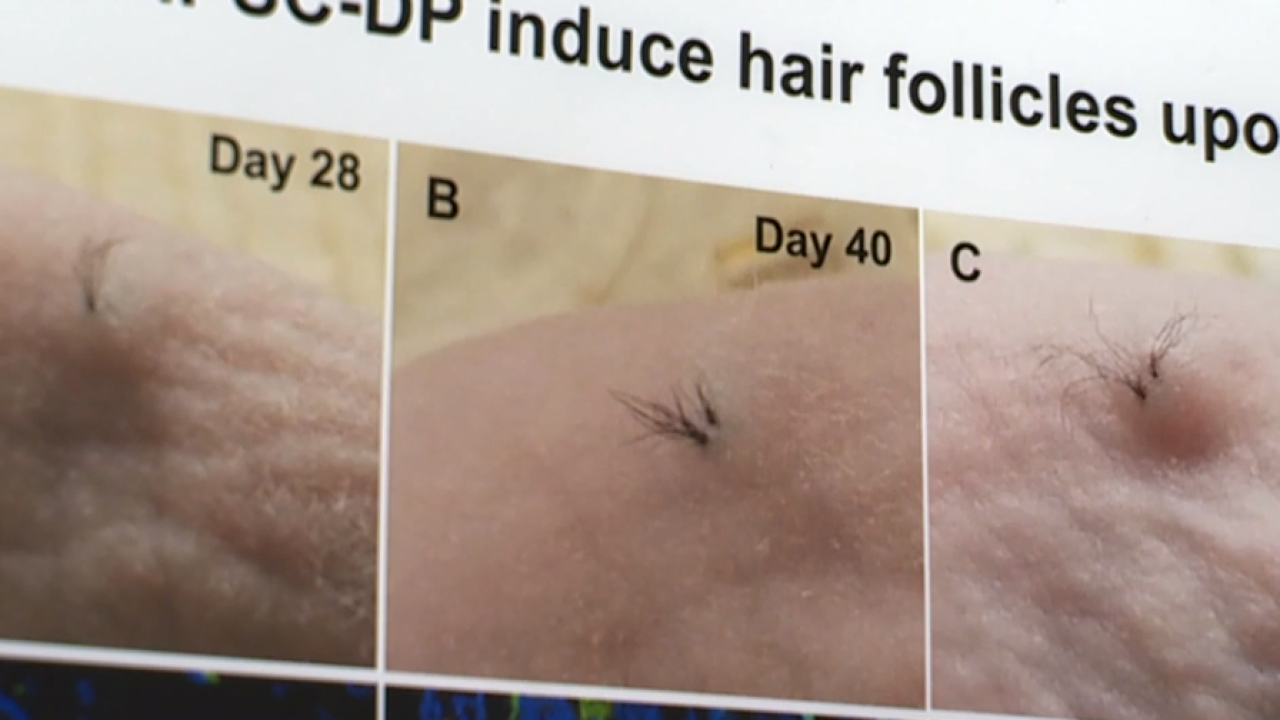 "We're hoping this will be the breakthrough," says Chief Scientific Officer Alexey Terskikh.

For a few years, they've been working on a two-part process that turns stem cells into hair follicles. It then implants the follicle cells into the scalp to grow new hair.

Using iPSC's, stem cells derived from a person's blood or existing cells, Terskikh's team can direct them to become folliculogenic cells, the building blocks of hair.

They then put the cells into a microscopic scaffold-like mold made on a 3D printer. The molds are about 1/5 the size of a single strand of hair.

RELATED: Here are some options if you start going bald

The scaffolds help keep the cells intact, while also telling the hair which direction to grow. That will help avoid in-grown hair or hair that grows in unnatural ways.

"Imagine transplanting thousands, or tens of thousands of those into a scalp," says Hamilton.

Their technique is different from current hair restoration therapy because it grows new hair cells. Existing methods like Rogaine or Propecia try to revive dead cells or transplant existing cells from one area of the body to another.

"We're inventing as we go," says Hamilton. "We're making up the path ahead of us as we go."

Eventually, they say the cost of the new cells will be similar to the cost of hair transplant surgery now, which can run upwards of $10,000.

In addition to being a cosmetic solution for people who have gone bald naturally, Hamilton says this could help people who have lost hair due to chemotherapy treatment or from severe burns or injuries.

So far, testing has proven successful in mice. Human testing is still years away as the company works towards FDA approval.