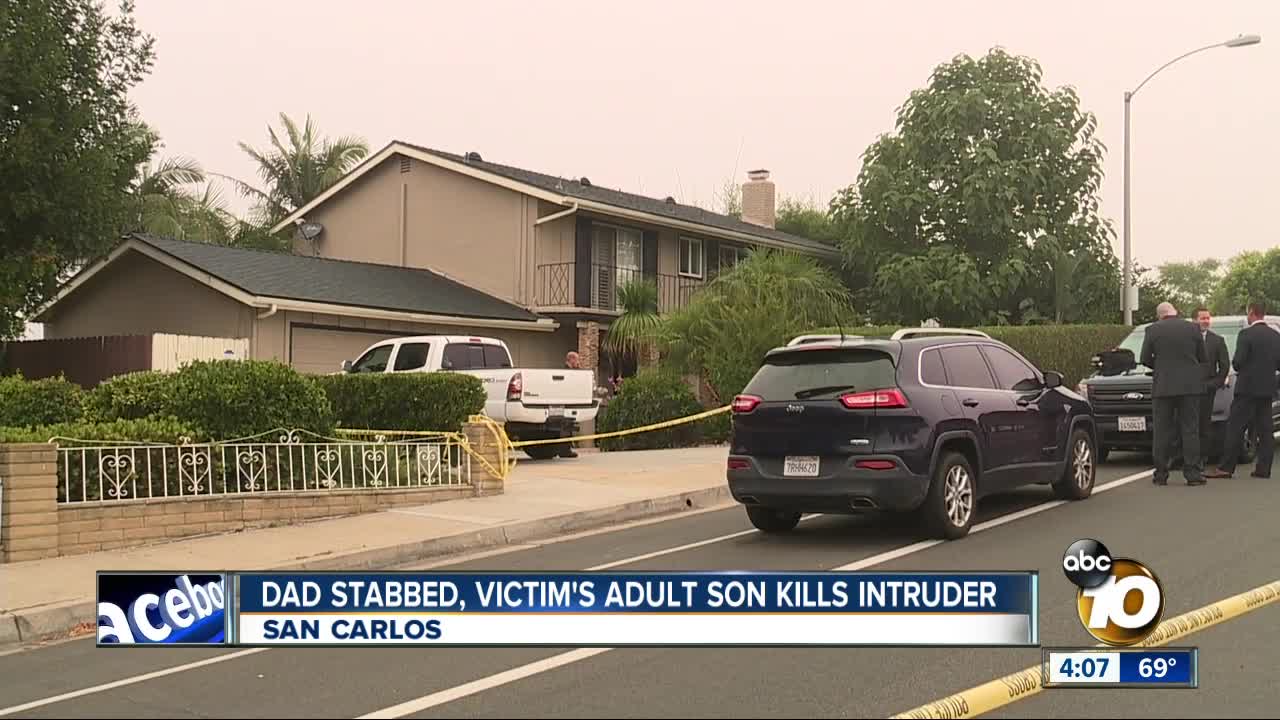 SAN DIEGO (KGTV) -- A local father is recovering from stab wounds after getting attacked by an intruder in his home.

The man's 20-year-old son shot and killed that intruder according to San Diego Police.

It happened just before 6:30 Tuesday morning at a home in the 6300 block of Lake Shore Drive in San Carlos.

"I heard the gunshots, it was like three or four gunshots, then screams for help immediately after," said Denise Rolla.

When police got to the home, they found the suspect dead in the pool and the 54-year-old homeowner with stab wounds to the upper body.

Police say the homeowner's son shot and killed the intruder, who stumbled out the back and landed in the pool.

"I heard what turned out to be the suspect fall into the pool and then a couple minutes later, you could see the blood start to spread out through the pool," said Andrew Grogg, who lives right next door.

There are walking paths and Mission Trails Golf Course is located behind the homes which are just southwest of Jackson Drive. Neighbors say they don't have a problem with transients in the area, but police say so far, it appears the 38-year-old suspect is homeless. His name hasn't been released.

The family owns a tire shop in La Mesa. They are well known and liked in the community.

"They're local business owners in the community. They're great neighbors. They're kind, they're nice," said Grogg.

Police say so far, the attack appears to be random.