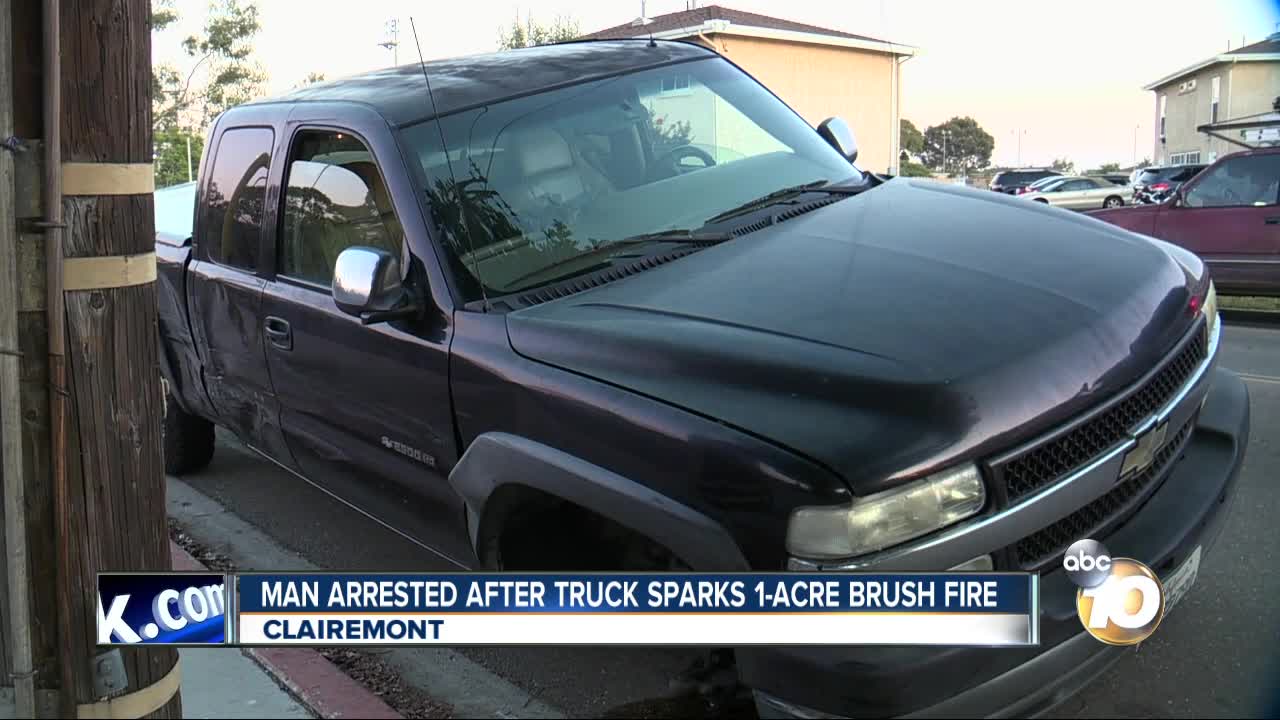 Crews were able to extinguish a fire in Clairemont Friday afternoon reportedly started by a crash. 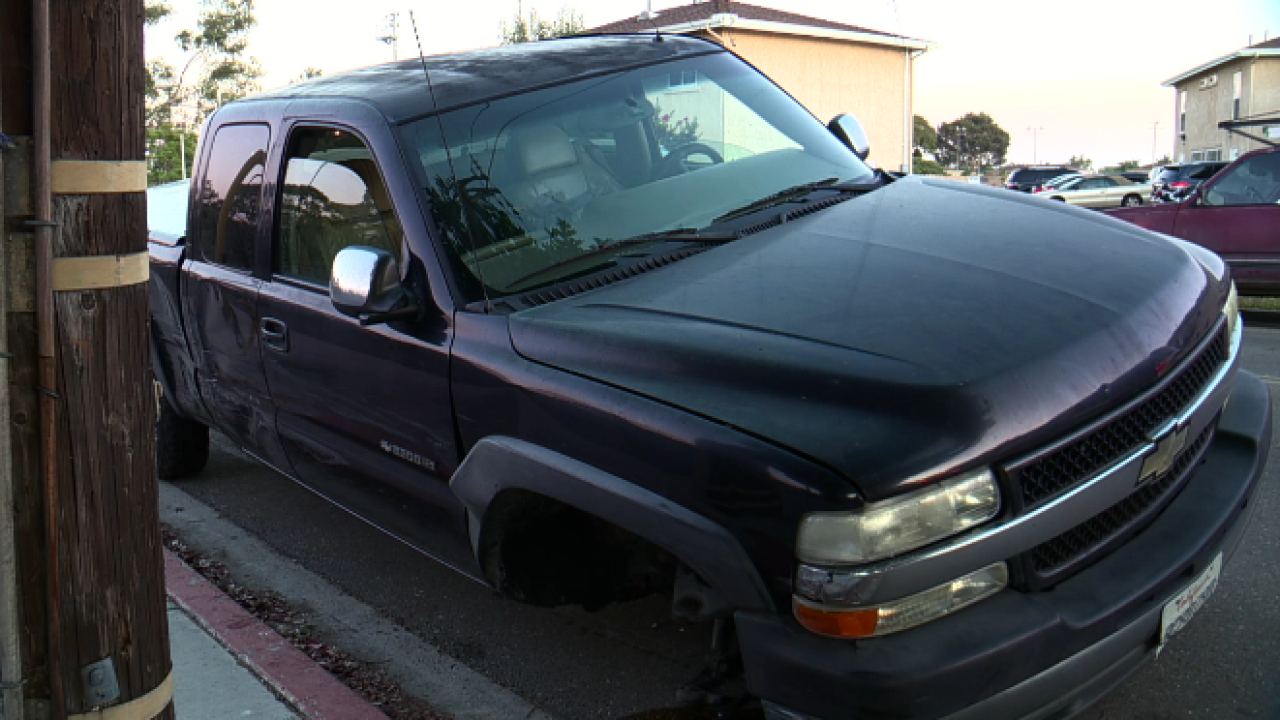 SAN DIEGO (KGTV) -- Crews were able to extinguish a fire in Clairemont Friday afternoon reportedly started by a crash.

According to California Highway Patrol, the blaze started on Boyd Avenue near Genesee Avenue.

San Diego Police say at 5:24, a suspect hit several vehicles on Balboa and Mount Alifan Drive before taking off.

The suspect then lost a tire, creating sparks and starting the blaze. The suspect was later taken into custody.

The fire sparked just as a Red Flag Warning in parts of San Diego County was allowed to expire.