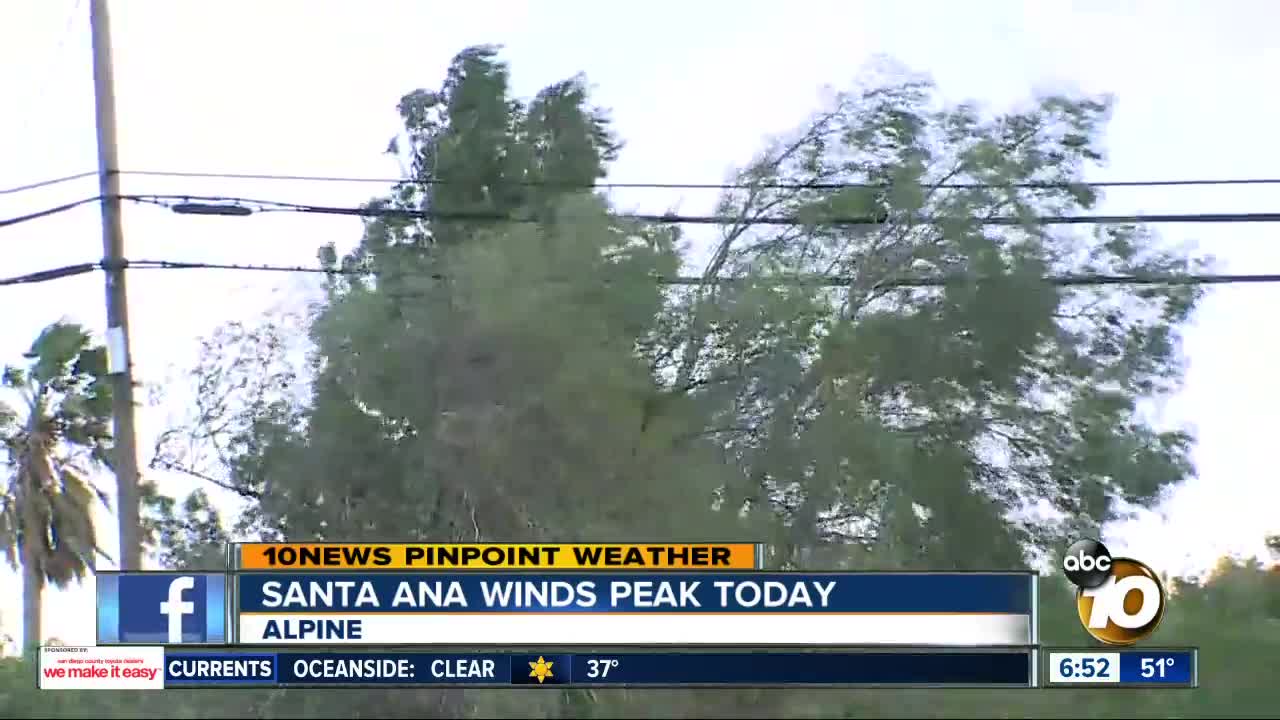 The gusty winds of up to 75 MPH prompted a National Weather Service-issued High Wind Warning for the inland and mountain areas of the county through Wednesday morning set until 4 p.m.

According to 10News Meteorologist Megan Parry, the warning will be downgraded at 4 p.m. to a Wind Advisory, as wind speeds are expected to drop 10-20 MPH. The warning will last through 12 p.m. Thursday.

The windy conditions led to a rollover crash involving a big rig on Interstate 8 in the Alpine area early Wednesday morning.

Several hours later, at around 6:20 a.m., the California Highway Patrol reported another semi-truck on its side -- presumably due to the strong winds -- on the Buckman Springs Road off-ramp from eastbound I-8.

The Mountain Empire Unified School District closed all of its schools for the day, citing high winds and power outages.

As of shortly before 8:30 a.m., nearly 1,800 San Diego Gas & Electric customers were without power in a number of East County communities, including the Cuyamaca, Descanso, Green Valley Falls, Guatay, Mount Laguna, Pine Valley and Viejas areas, the utility reported. Those addresses were expected to have electrical service restored by mid- to late afternoon, according to SDG&E.

As of late morning, the weather service had tallied gusts up to 55 mph along the coast, 77 mph in the inland valleys and 106 mph in one East County location. The triple-digit reading on Sill Hill, a 3,717-foot-high peak southwest of Julian, was " at least close to, and maybe the highest wind gust ever measured in San Diego County," the NWS reported.

Temperatures around the county will be 10-15 degrees over normal, Megan says, with the warm conditions continuing into Friday.