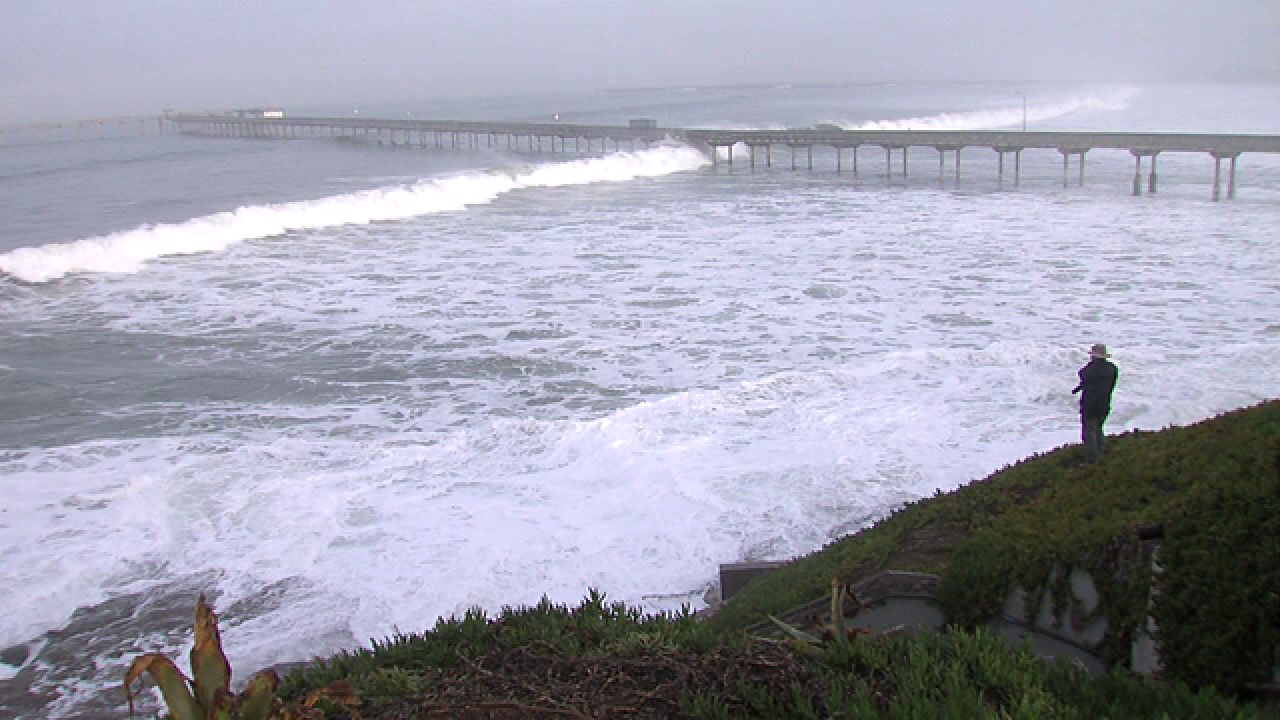 Beachgoers were warned of strong rip currents and possible beach erosion during the surf event. Lifeguards asked that anyone heading to San Diego's beach hold off on water activities and watch the bluffs until the high surf passes.

Because of the surf, San Diego Fire-Rescue lifeguards closed the Ocean Beach Pier on Friday just before 10 a.m. and were expected to keep the pier closed through at least Saturday morning.

In La Jolla, lifeguards said the west wall of the Children's Pool was closed to visitors, as waves crashed over the barrier.