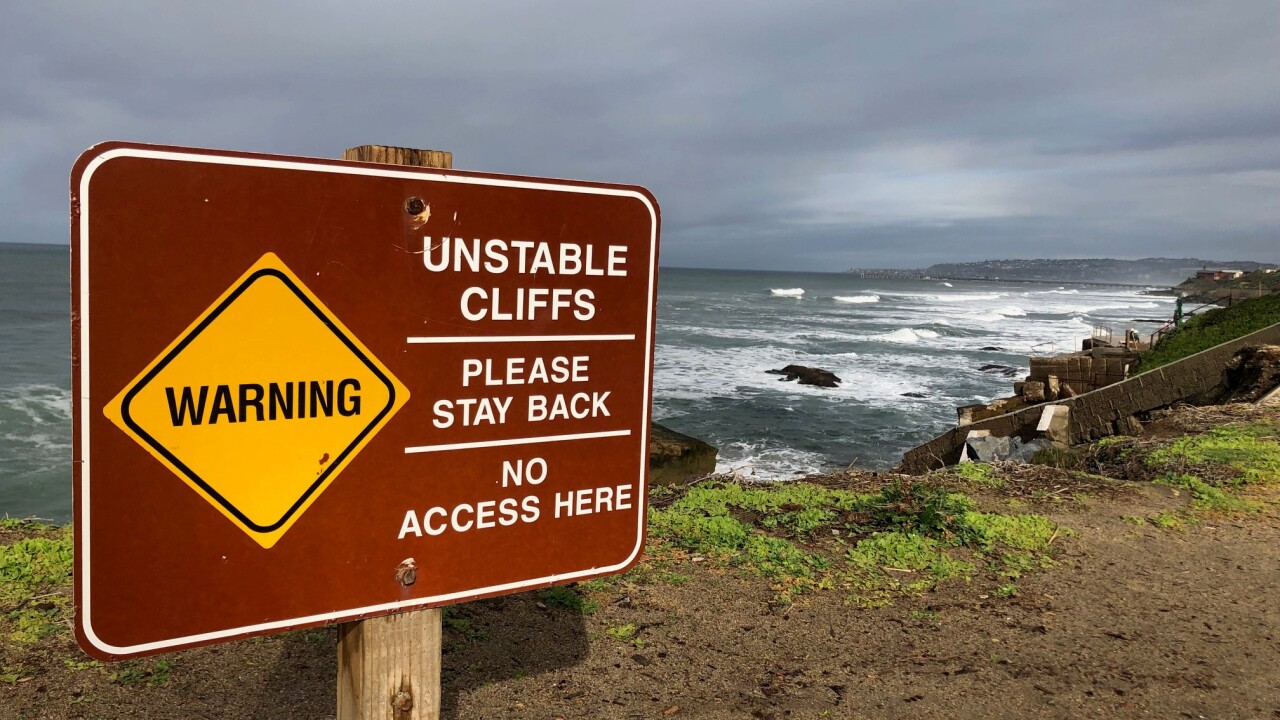 Rainfall running over coastal bluffs with a history of erosion could increase the likelihood of future erosions along our shores.

"Pretty much whenever you have a new rainfall event, you'll pretty much see a new landslide ... The more rain we get, the more landslides," Young says. "Every time you have a failure, stress distribution can change."

Along the coast, the potential is worsened by waves crashing against the coast. As waves erode the bottom of cliffs, rainfall running over the top can create more stress and instability, Young added.

"As long as waves are hitting the cliff, they're going to keep falling down," Young said. "At the beach, waves and rain work together to speed up the process."

This month, Scripps researchers were surveying a Del Mar cliffside when a 55-foot-wide slab crumbled before their eyes — and on video.

"it's almost certain that landslide was caused by that rainfall," Young said refering to recent rains. "The state we're in now is because we had a bunch of rain. Any extra rain is a problem."

At the beach, minerals in the cliff soak up water like a sponge, says San Diego State University Professor Emeritus Pat Abbott. Rainfall slowly moves through rocks, increasing the weight of the cliff and sapping its strength — until gravity takes over.

"That water is very slowly flowing through there," Abbott said of San Diego's coastal bluffs. "After the rain stops, several weeks later we'll be back to before the rain started. We're definitely not over."

That's not to say inland bluffs aren't at risk. While rainfall helps speed up the process at the coast alongside waves, the risk remains further into the county as well.

"When we go inland, we're talking about clay minerals. Think about a regular old book. If you took a paper book and dumped it in water, it would swell," Abbot said. "[Inland minerals] actually take the water inside their structure and swell ... they lose strength."

"[There's a] high probability that these cliff collapses will continue at least through the rainy season," Abbott says. "We're getting to the place that it wouldn't be a surprise if we had inland landslides that affect homes."