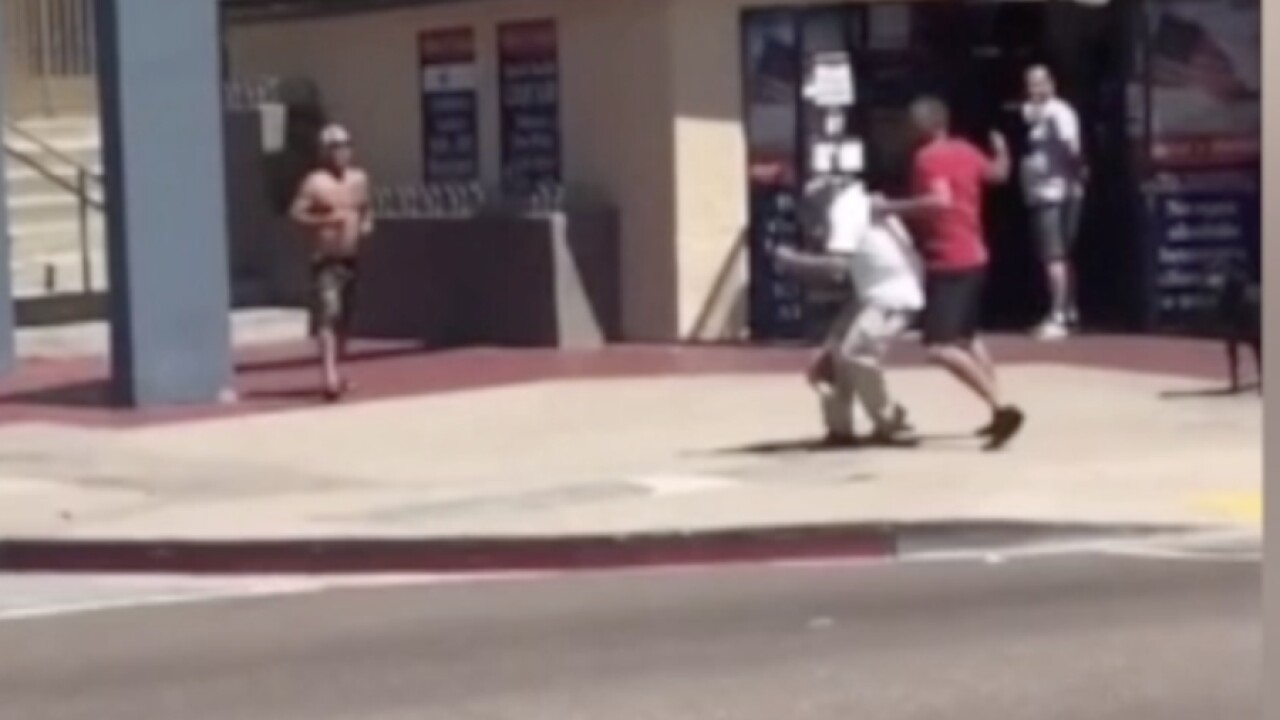 The San Diego County District Attorney’s Office announced felony assault and battery charges, and hate crime allegations, were filed against 38-year-old Jeffrey Brooks and 32-year-old Henry Brooks Jr. in connection with the June 7 incident at a beach near Veterans Park.

Warrants have been issued for the arrest of the two men.

The DA’s Office alleged Brooks and Brooks Jr. were at the peaceful march in Imperial Beach when they began “verbally and physically antagonizing the protesters.”

At one point, Brooks Jr. allegedly threw eggs at a group of protesters.

“While recording the scene, the victim was sucker punched in the head by Jeffrey Brooks, causing him to fall backwards and hit his head on the ground,” the DA’s Office said in a news release.

District Attorney Summer Stephan said, “Protecting our community from hate crimes is a priority for my office because hate erodes our right to equality and fairness, and it leaves an impact on the victim and everyone who shares the victim’s race. We will not tolerate the intimidation or violent interference with protesters or a journalist who are exercising their First Amendment rights.”