Southern California grocery workers could vote to authorize a strike 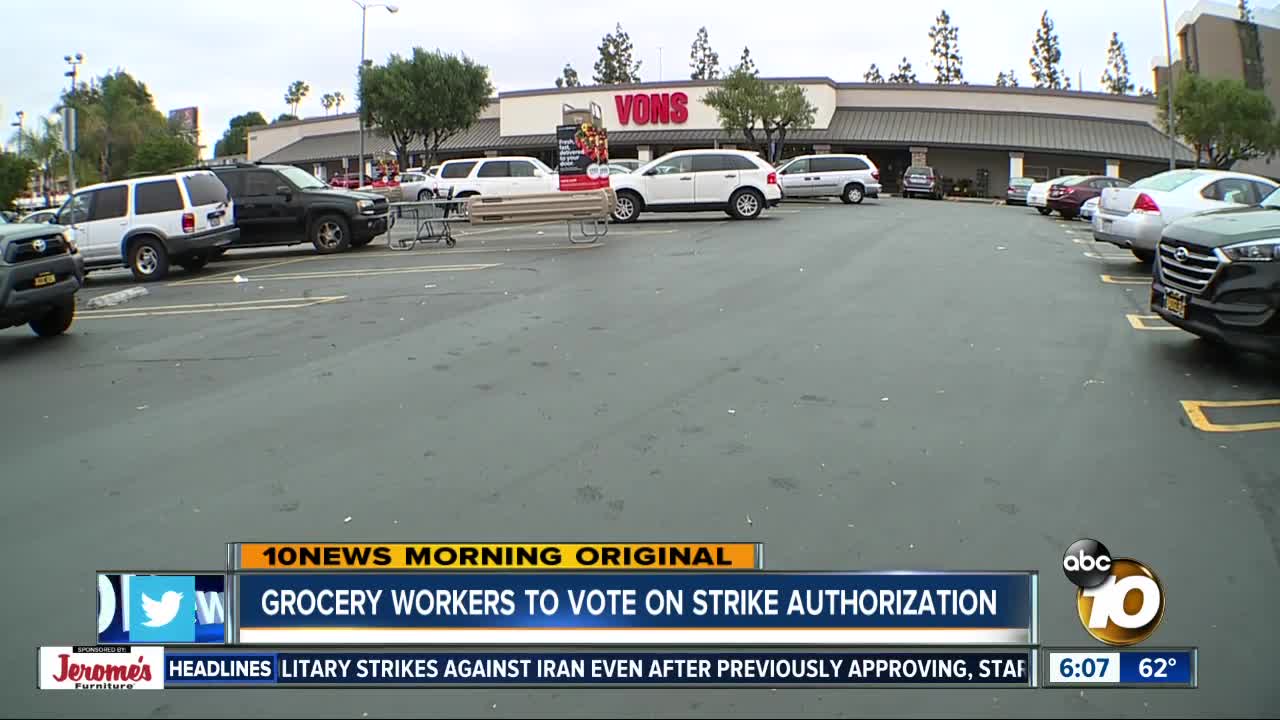 Grocery store workers will hold a vote Monday to authorize a strike, as contract negotiations with Vons, Albertsons and Ralphs stall. 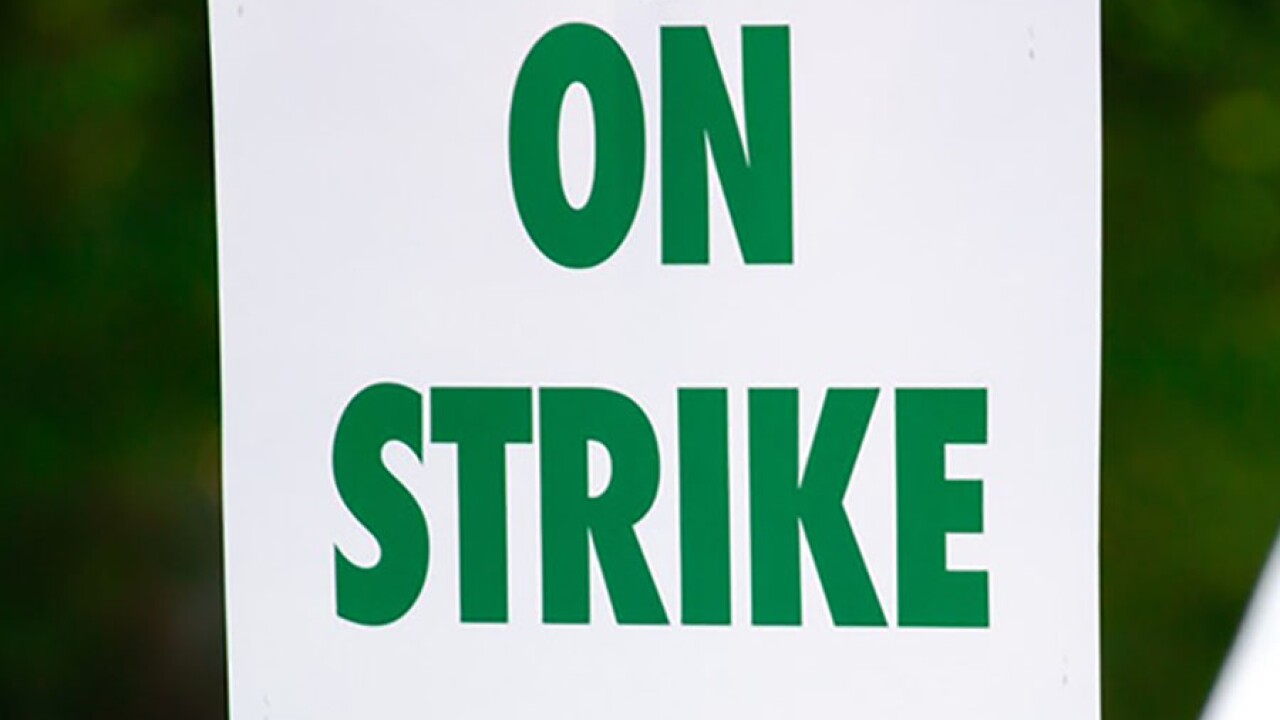 SAN DIEGO (KGTV) - Grocery workers in the UFCW Local 135 will vote on Monday to authorize a strike at Albertsons, Vons and Ralphs stores across Southern California.

The move comes after months of negotiations with the companies, and union leaders say the companies are stalling.

"We're months into this and have little to nothing done," said UFCW Local 135 President Todd Walters. "This is ridiculous. Our members want a contract; we shouldn't have to wait for months to get it."

The contract expired in March, and the two sides have met 17 times since then.

Walters said his members want higher raises than what the stores are offering. They're also asking to keep full health benefits for part-time workers. Pension contributions are another sticking point.

"We've asked for dollars per hour in some cases, and the companies have responded in cents," said Walters.

"It's really frustrating," said Ralphs employee Esther Lopez, who has been with the company for 30 years. "We just want a livable wage. Prices for everything are going up; water, gas, rent, groceries, everything. But not our wages."

"We are negotiating in good faith with the union for a fair and balanced contract that is good for our associates, as well as our company. As you know, negotiations are about finding compromise, and this can take time. Throughout the negotiations, it's business as usual in our stores and Ralphs is extremely proud of our associates who remain focused on serving our customers, communities and each other."

"We are committed to working collaboratively with the unions to ensure that we reach an agreement that is fair to our employees, good for our customers and allows Albertsons, Vons, and Pavilions to remain competitive in the Southern California market. We feel the strike authorization vote is premature and will cause our employees and customers undue concern; nevertheless, we will be back at the bargaining table on July 10 and hope to reach an agreement soon."

The strike vote will include 60,000 UFCW Local 135 workers all over Southern California, from Bakersfield to the U.S.-Mexico border.

Walters said the vote Monday and Tuesday does not mean a strike will start right away. It just gives the union the ability to call for one.

Walters said a strike may start after those meetings if the companies don't meet some of the union's demands.

He and Lopez were both part of the grocery workers strike in 2003-04. They said they want to avoid having to go through that again.

"We'll take the strike authorization vote and go back to the bargaining table," said Walters. "The goal is to get a contract, not a strike."