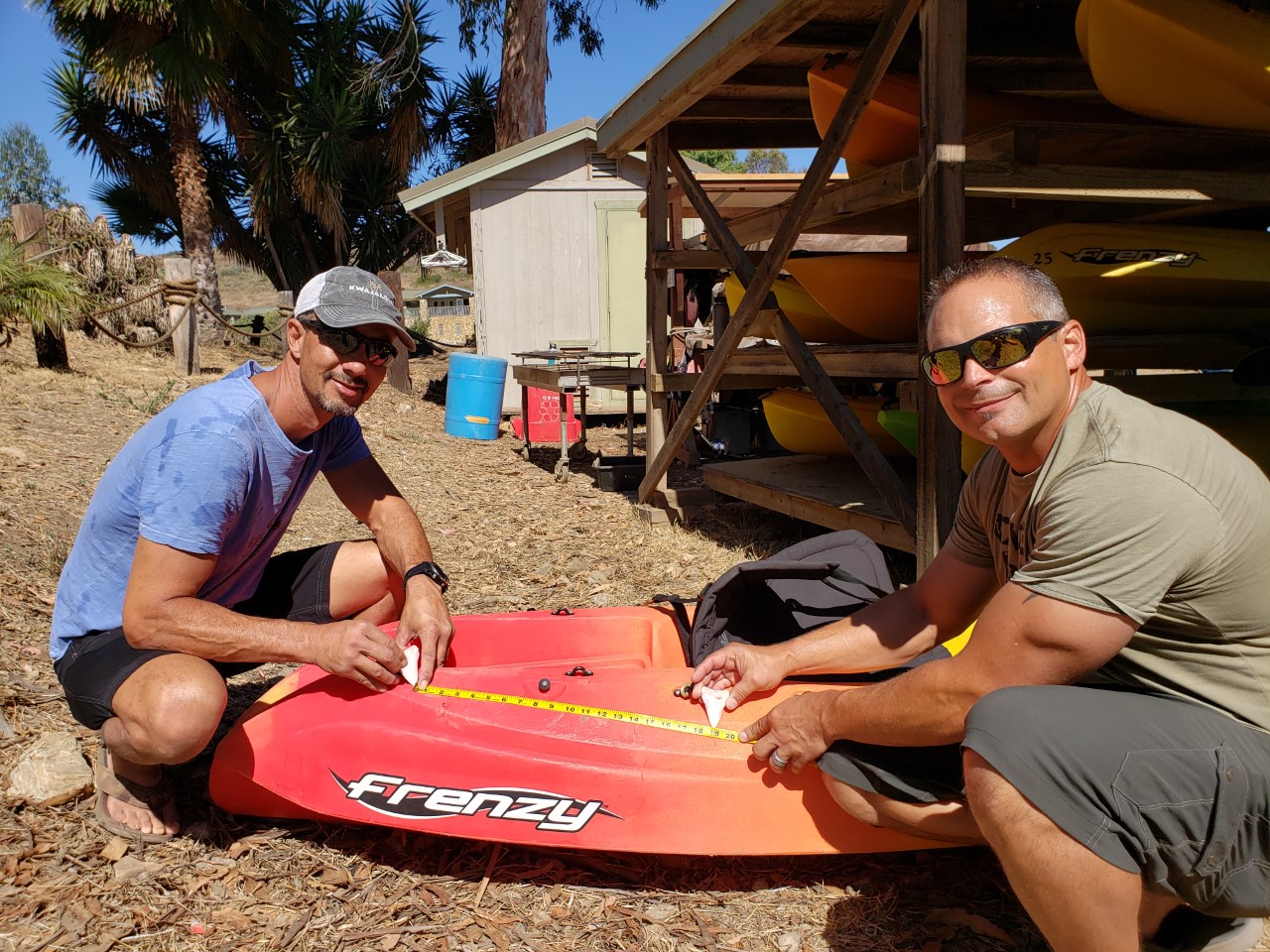 The 19-foot-long great white left holes in the kayak. 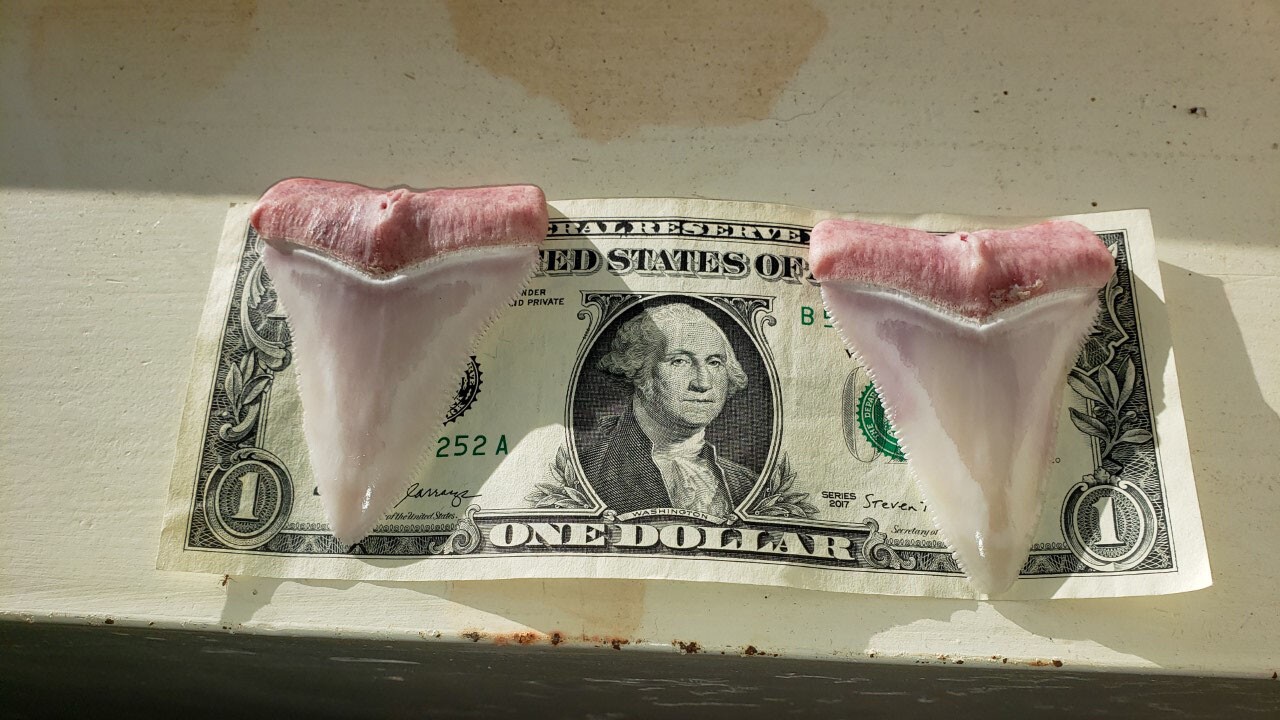 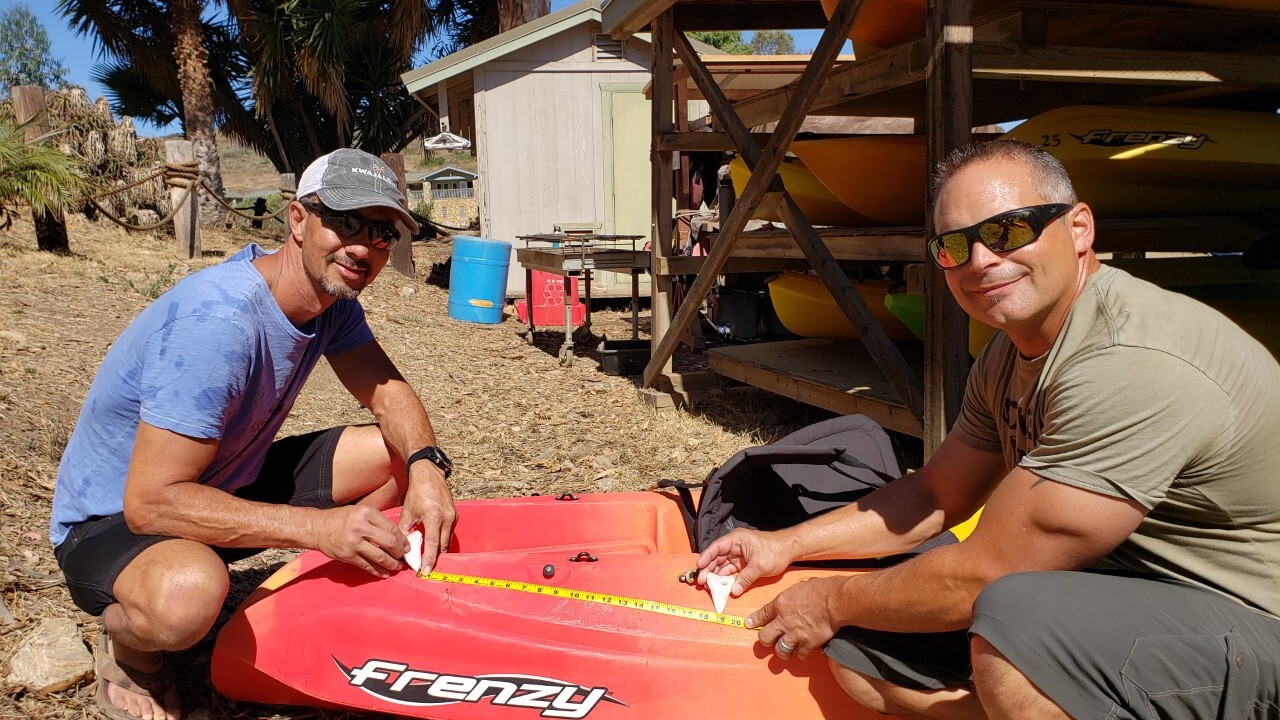 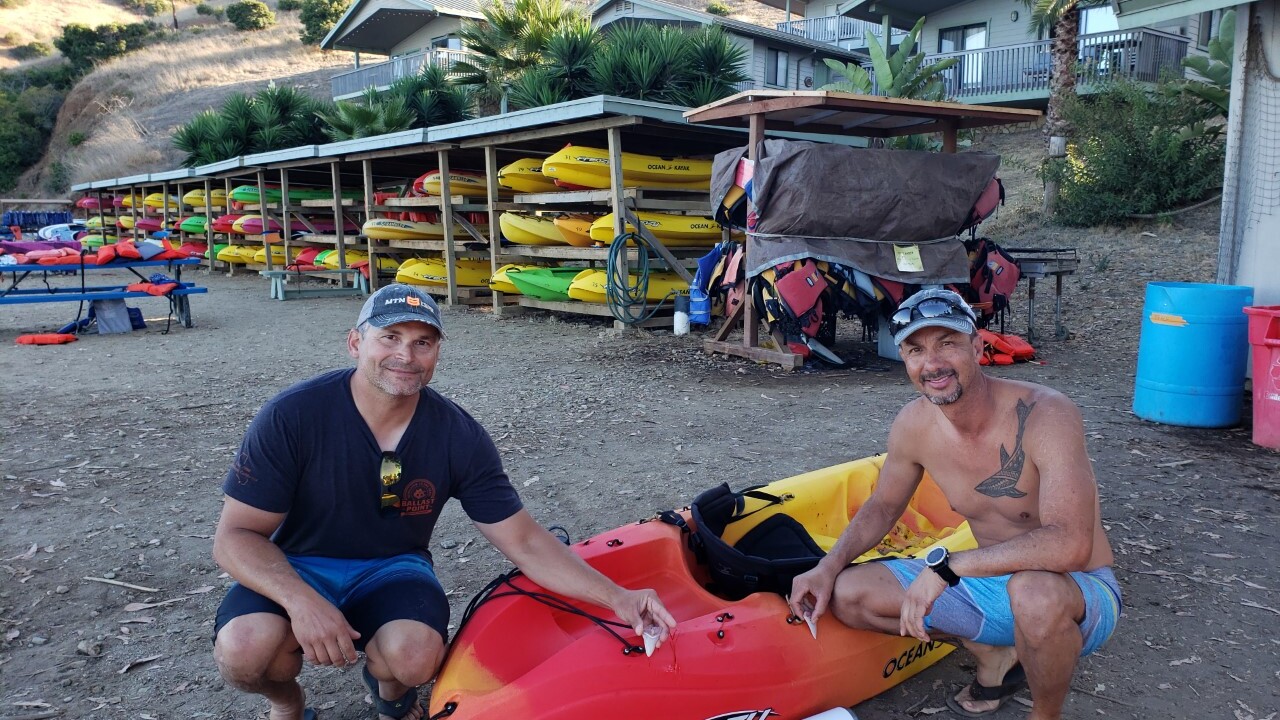 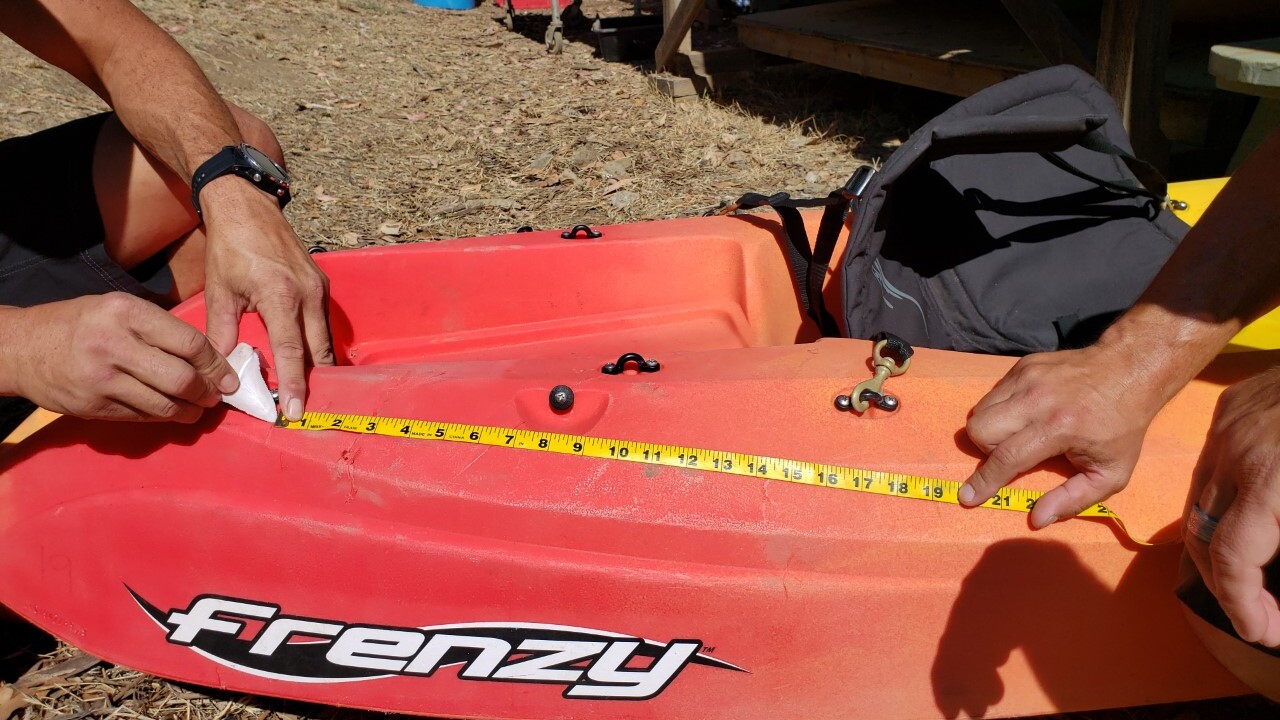 CATALINA, Calif. (KGTV) - Teeth marks from a great white shark are proof of a San Diego kayaker's narrow brush with danger off the coast of Catalina Island.

The incident happened as Danny McDaniel and Jon Chambers were kayaking Saturday morning near Ship Rock, about two miles east of Catalina. The excursion was part of a scuba diving trip coordinated by Power Scuba from the island's Boy Scouts camp.

Chambers was the first to notice the 19-foot shark before McDaniel turned around.

The shark had its jaws clamped on the back of the nine-foot-long kayak, inches from McDaniel.

Both men said they were frozen in fear as the great white shark hung on to the kayak for four or five seconds.

Eventually, the shark let go, leaving behind puncture wounds and two large teeth in the kayak.

"I don't think he took a full chomp. I think he just took a nibble and pushed," said McDaniel.

The kayakers kept their paddles out of the water and did not move for several moments lest the shark return. McDaniel was "literally frozen" during that time.

Despite the close encounter, McDaniel and Chambers continued with their plan to scuba dive later Saturday evening.

McDaniel offered to buy the kayak from the Boy Scout camp, which turned down his offer, according to Power Scuba owner Bill Powers.

"I think I've had my fill of great white sharks; I'm good. But I'm fortunate to have this experience," said McDaniel.

"It's one for the books. Not something you want to replicate," said Chambers. "He had the best shark attack experience without it being a bad story."