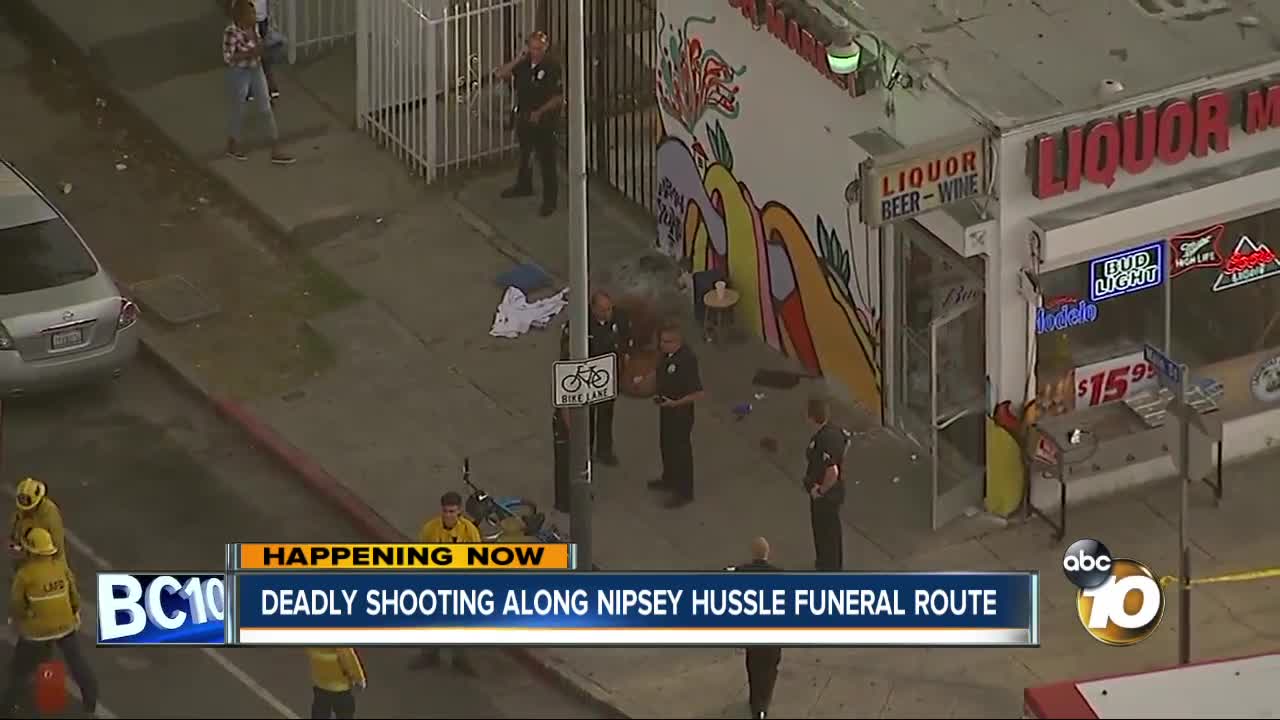 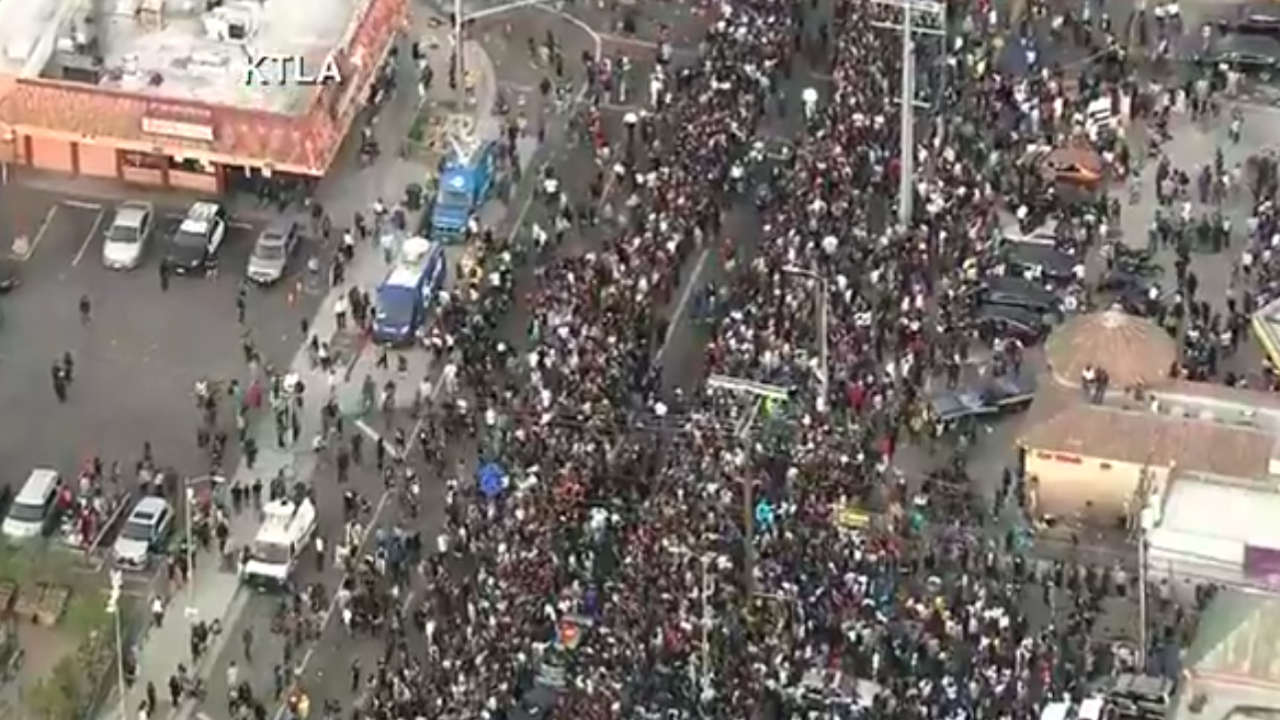 LOS ANGELES (KGTV) -- One person was killed and three others injured in a drive-by shooting along the route of Nipsey Hussle’s funeral procession.

According to LAPD, the shooting happened at 103rd Street and Main Street around 6:25 p.m. Police say three men and a woman between the ages of 30 and 50 were shot.

According to police, several suspects in a gray Hyundai shot the victims.

“We must stop this senseless violence,” LAPD Chief Michel Moore said in a tweet.

The shooting came as thousands of fans lined the streets of South Los Angeles to honor the life of the slain rapper.

Earlier in the day, a memorial service was held inside the Staples Center.

The 33-year-old rapper was shot and killed on March 31 in front of The Marathon Clothing store.

In early April, 29-year-old Eric Ronald Holder Jr., an aspiring rapper and acquaintance of Hussle, pleaded not guilty to one count each of murder and possession of a firearm by a felon, along with two counts of attempted murder.

Holder could face life in prison if convicted of the charges, according to the Los Angeles County District Attorney’s Office.

Moore said Holder got into some type of personal dispute with the rapper outside the store, then left and returned with a handgun.

The nature of the disagreement is still unclear.

In the midst of this procession we have a multi-4 Shooting at 103 St and Main St.

Victims are 3 Male Blacks and 1 Female Black - ages from 30-50 years old. Tragically one is deceased.

Suspects in gray Hyundai fired on the victims.

We must stop this senseless violence.

Watch video of the procession below: