The virtual event is this Wednesday 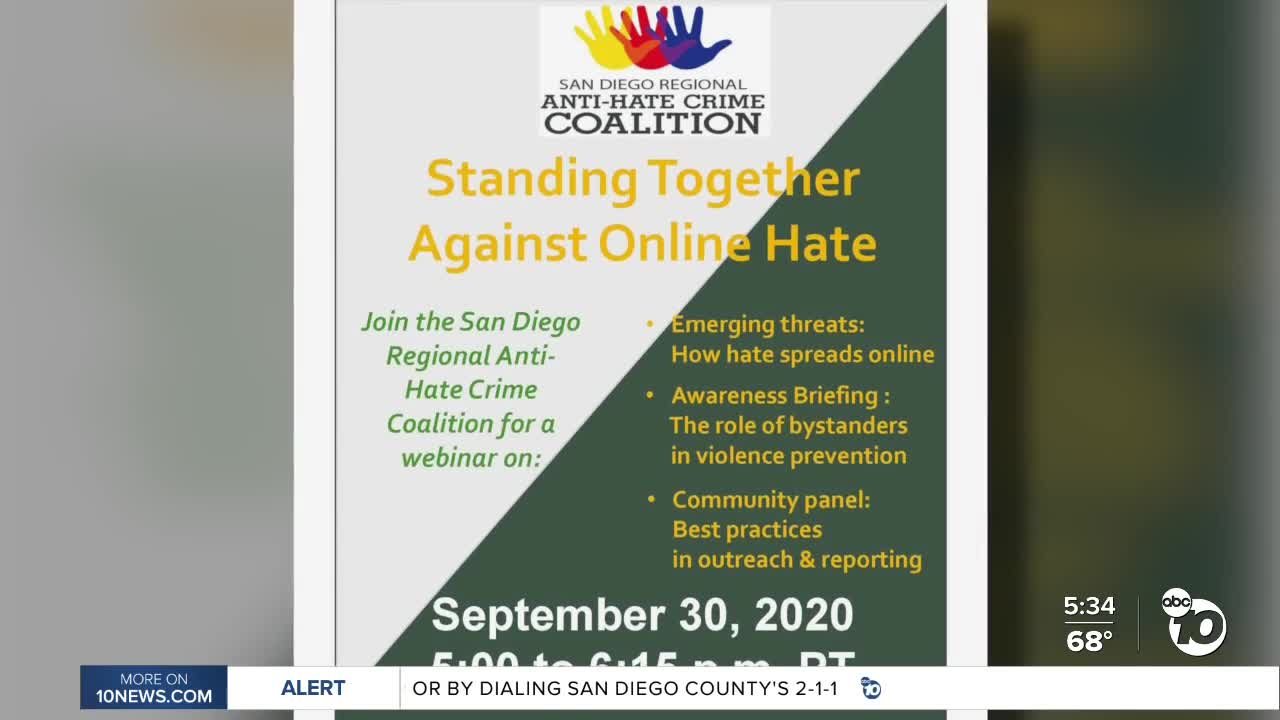 The online forum is on September 30th. 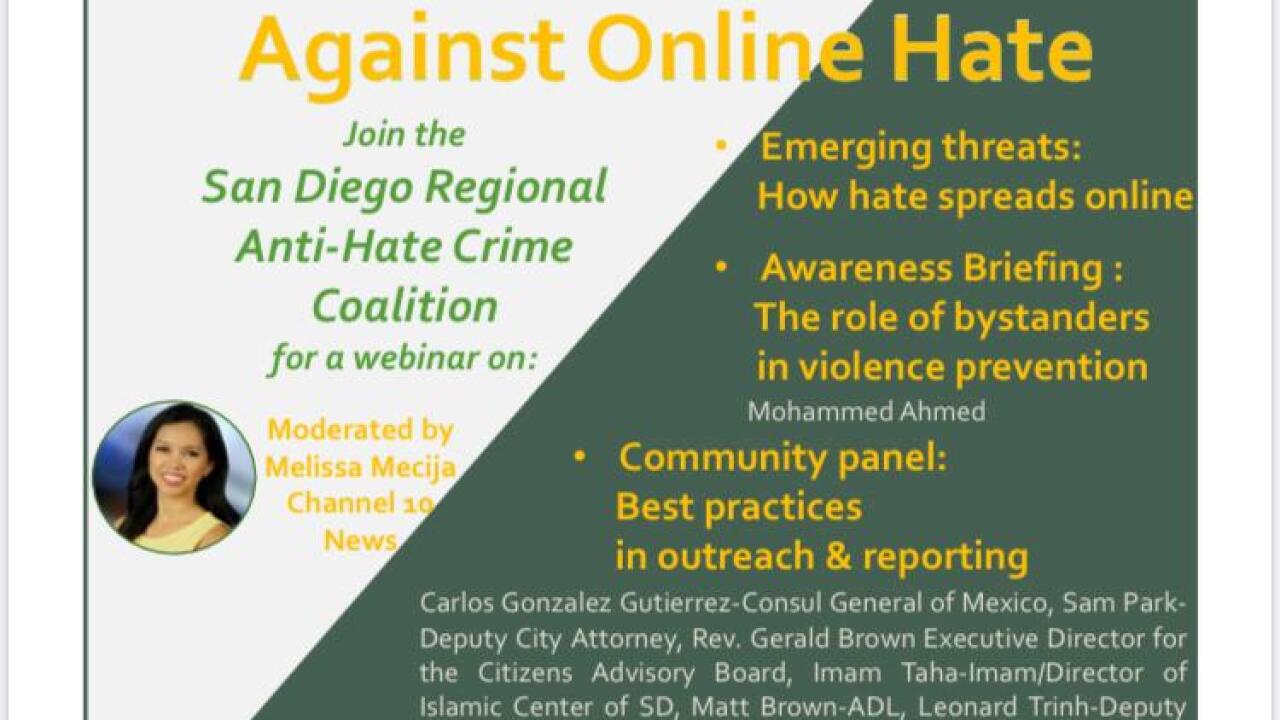 (KGTV) -- A forum discussing the growing problem of online hate will be held this Wednesday, September 30th.

It is hosted by the San Diego Anti-Hate Crime Coalition. The group coordinates outreach, education, and dialogue regarding bullying, hate incidents, and hate crimes in the San Diego region.

With the pandemic and many people at home, the organization’s chairperson said hate speech has increased.

“A lot of time, [people] don’t have much else to do, but write and speak their mind anonymously. When you don’t have to show your face, people become emboldened and say things they wouldn’t say in public,” said Christopher Tenorio, a federal prosecutor and chairman of the coalition.

The online event runs from 5 to 6:15 p.m. It is open to the public, but you must RSVP at: Shastity.Urias@usdoj.gov