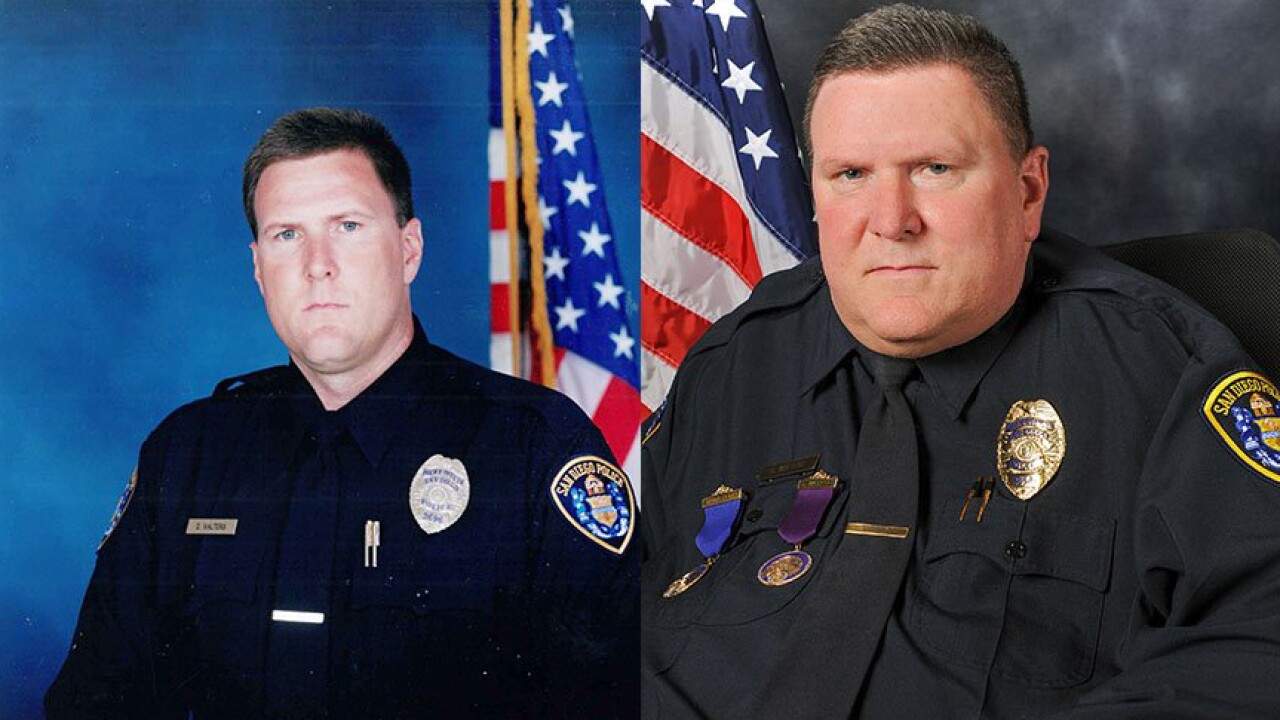 Walters joined SDPD in 1998 and worked as a patrol officer for five years, according to the department. On Nov. 12, 2003, Walters was responding to a traffic stop at about 10:30 p.m. alongside his partner, but quickly found they had stopped a violent domestic disturbance in progress.

One officer had been shot, but was struck in the handcuffs. As the suspect was looking for that officer, he came across Walters and pointed his firearm at Walters' face, according to SDPD.

A struggle ensued, and the suspect fired the weapon, striking Walters in the neck. As the suspect was distracted, Walters' partner shot and killed the suspect.

The injured Walters was hit by a passing motorist after being shot, suffering two crushed cervical vertebrae.

He was confined to a wheelchair until his death Thursday as a result of his injuries, the department said. Walters was 53 years old.

Before becoming an officer, Walters was drafted into the MLB by the Houston Astros in 1984. He was traded to the Padres in 1989 and played in the team's minor league system before being called up in 1992. In 1993, though, he suffered a spinal injury that required surgery and rehab, ending his baseball career.

The Padres offered their condolences on Twitter, writing, "We are deeply saddened to hear of the passing of former Padres catcher and San Diego Police Department officer, Dan Walters. Our thoughts are with Dan’s family."

Prior to his MLB career, Walters attended Santana High School, where he excelled on the baseball diamond.