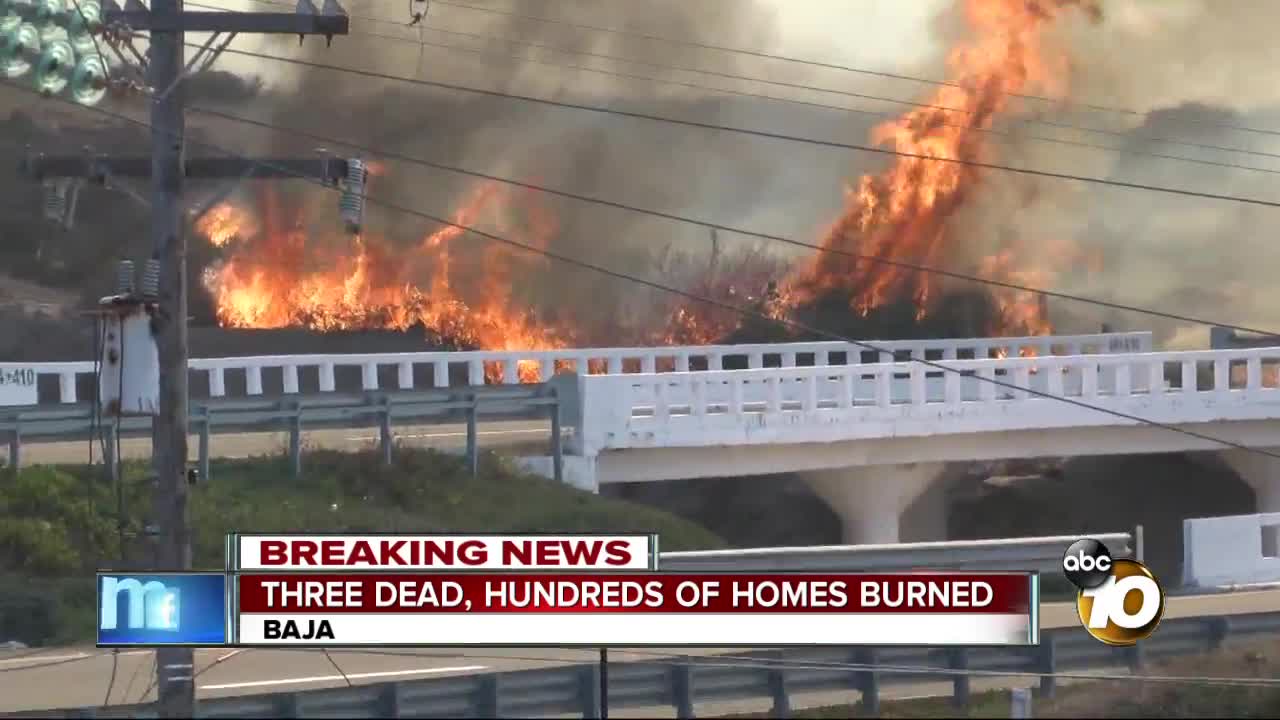 (KGTV) -- Three people have been killed and hundreds of homes have been destroyed in multiple wildfires in Baja California, according to Mexican TV station Televisa.

The news agency reported two females -- age 15 and 18 -- died in a wildfire in Tecate, while a 30-year-old person was killed during a fire in Rosarito.

The fires just south of the U.S.-Mexico border, which started last week, are the largest in the region’s history, according to Televisa. Out of 10 fires in the state, only two are still burning: one in Tecate and the other in an area of Ensenada called El Porvenir.

According to the Associated Press, the fire in Tecate has burned more than 35,000 acres. State officials have not released acreage for the other fires.

Homes burned to date, per Televisa:

All school activities in those cities, with the exception of Ensenada, were suspended due to the fires. Shelters were opened in Tijuana, Tecate, Rosarito, and Ensenada for those affected.

Officials are warning people to be on alert and not to burn anything as the region braces for another round of Santa Ana winds later this week.