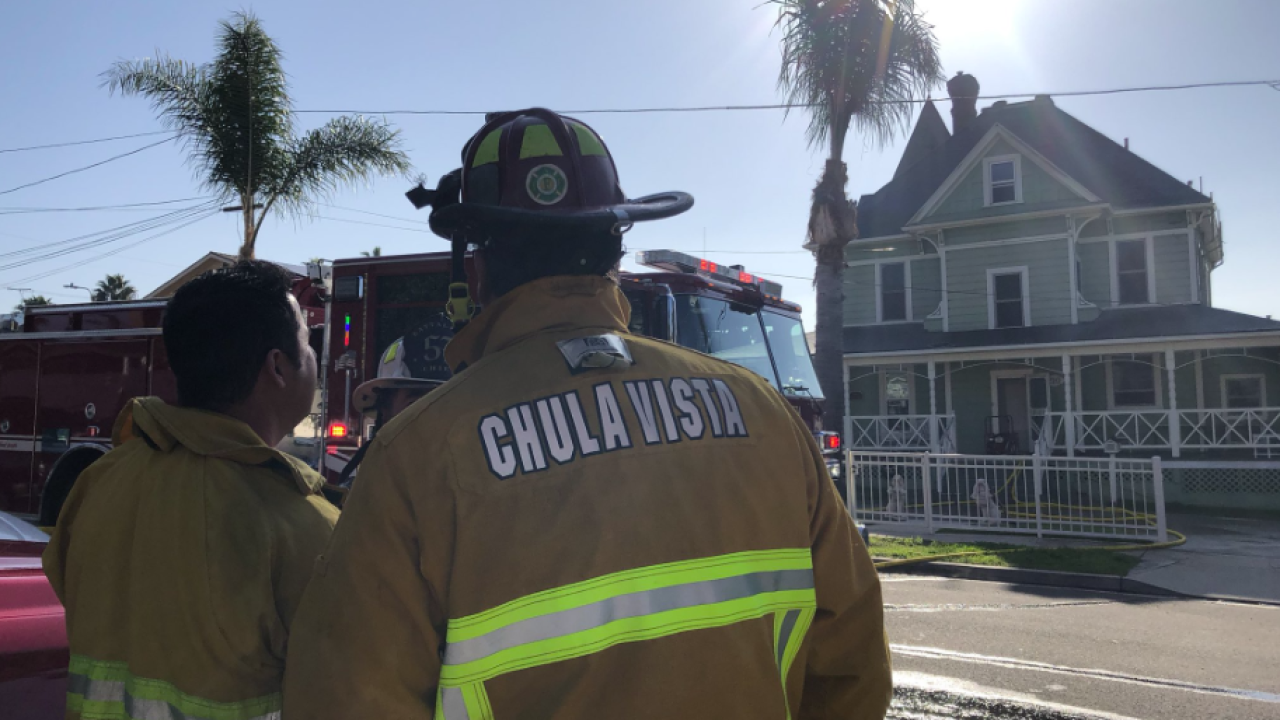 The blaze erupted for unknown reasons about 8:30 a.m. on the second floor of the unoccupied three-story Victorian-style house at 210 Davidson St. in Chula Vista, city fire Capt. Linda D'Orsi said.

Firefighters had the flames under control within about 30 minutes, D'Orsi said. Medics took one of the crew members to UCSD Medical Center in San Diego, where he was treated for first- and second-degree burns to his legs.

The cause of the fire, which damaged the two upper floors of the home, was under investigation, D'Orsi said.

The residence, known as the Hancil Cordrey House, was built in the 1880s, according to city records.