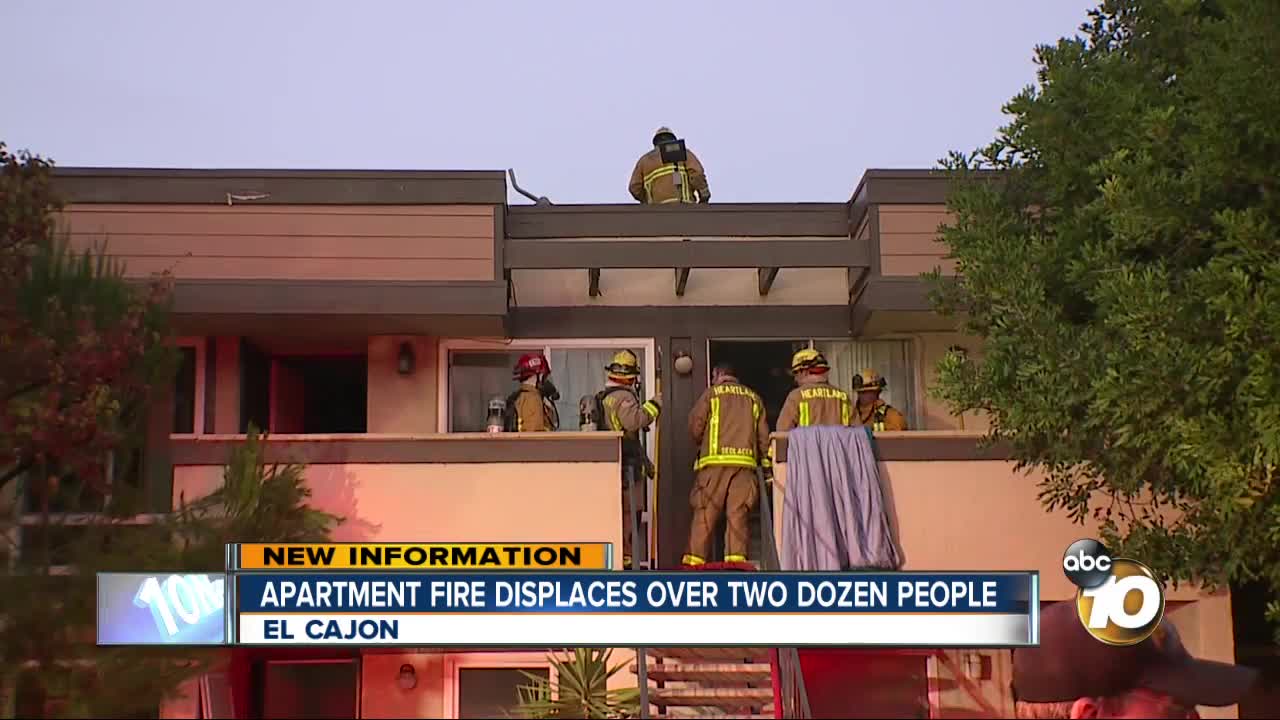 EL CAJON, Calif. (KGTV) -- Over two dozen people were displaced Sunday night after a fire ripped through an apartment building on Bradley Avenue in El Cajon.

The fire started on the first floor of the building, inside of a unit that was being renovated.

Witnesses told 10News they heard a commotion and people screaming there was a fire. Several neighbors say they stepped in to help using buckets of water to put out the flames.

Firefighters say the fire appeared to have started inside the walls of the apartment with a plumbers torch that was being used during the renovation.

Fire officials say the fire damaged four of the units, displacing 21 adults and 12 children. The Red Cross is providing shelter for the night for those displaced.

One of the men working inside the apartment suffered a minor burn on his left hand but told 10News he was okay.