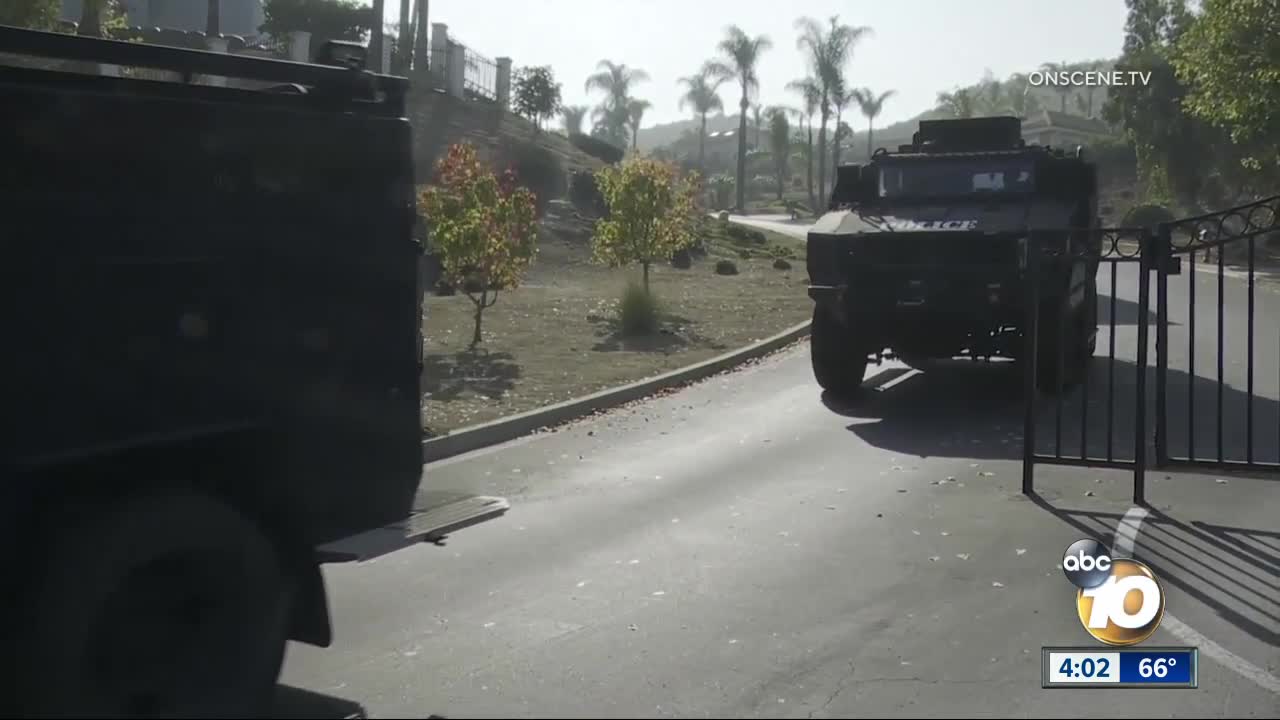 More than a dozen local and federal authorities raided an El Cajon home Wednesday morning, as part of a suspected money laundering conspiracy. 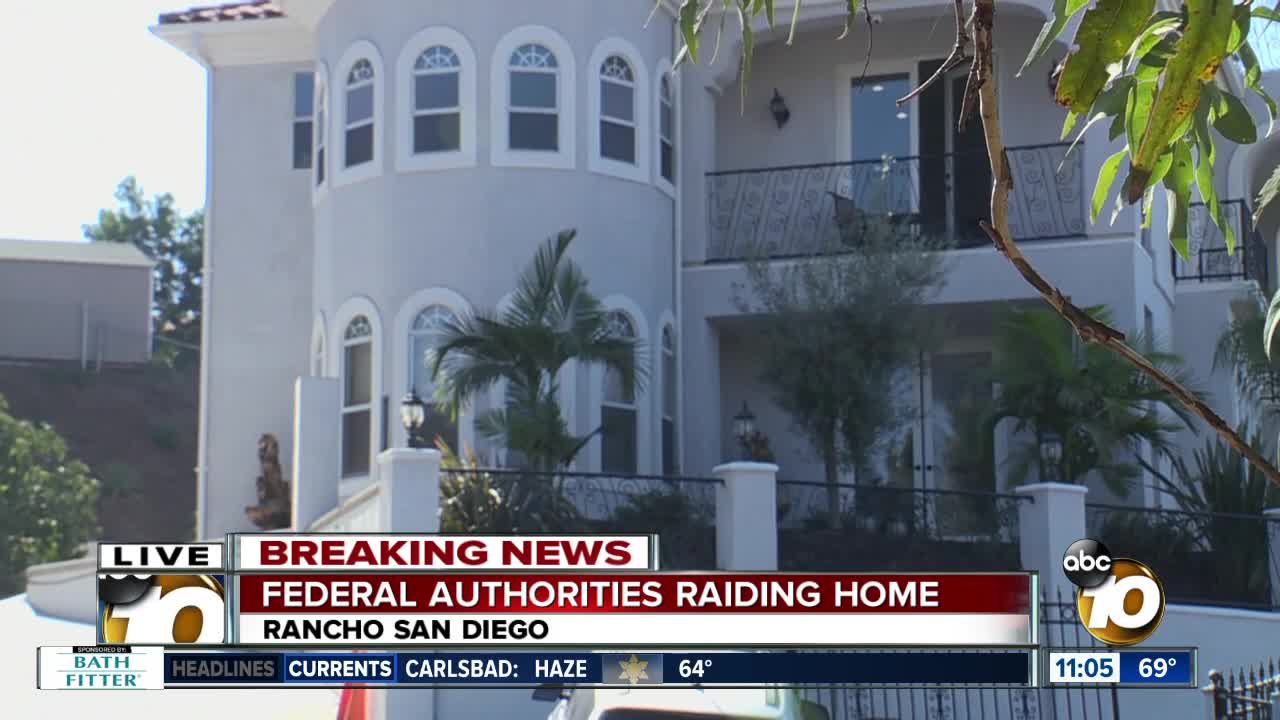 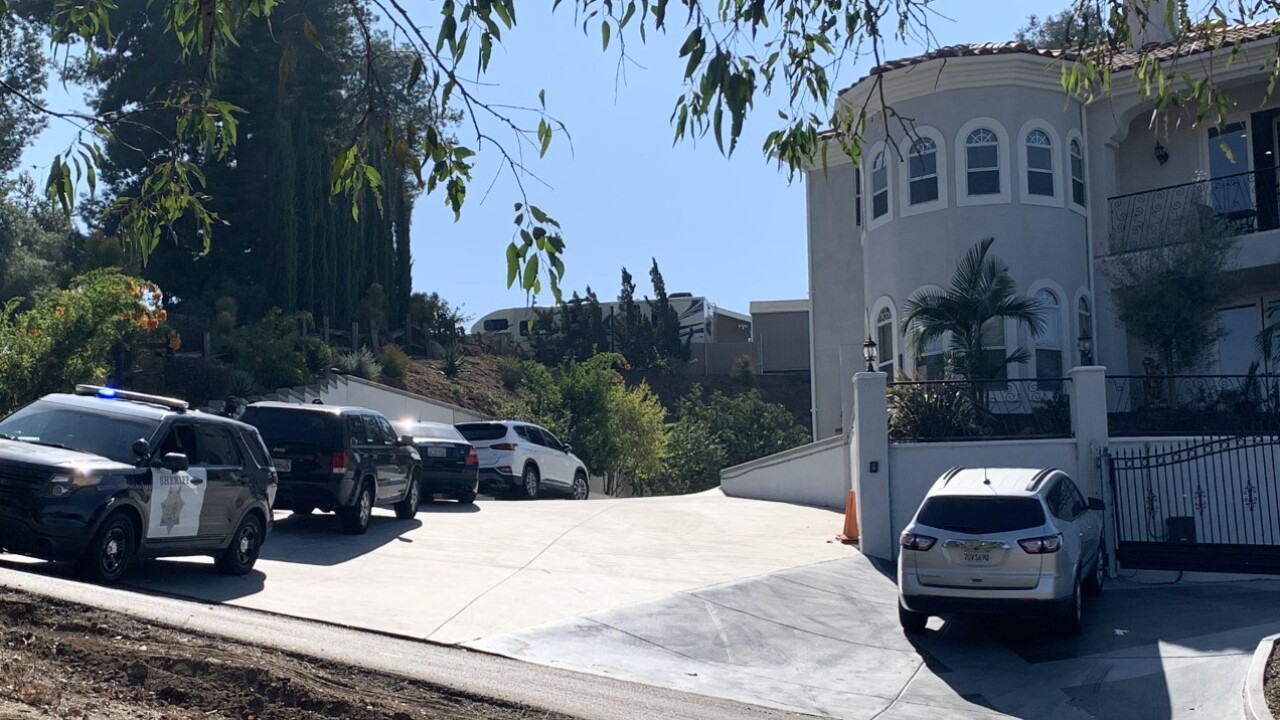 Agents served one of those warrants at an El Cajon home at about 7 a.m., according to neighbors. Agents could be seen removing several items from the property. 10News observed agents searching through the first and second floors of the home.

Neighbors told 10News agents made requests over a speaker for the home's residents to exit the property. Neighbors added that eventually, the announcements stopped and they heard what they described as a small explosion, before agents entered the home in tactical gear.

Lauren Mack, with the Department of Homeland Security, told 10News the raid was one of five instances in which agents served search warrants as part of an investigation into a suspected money laundering conspiracy. Four locations were in San Diego County and one was in Los Angeles County.

No arrests have been made, according to Mack.