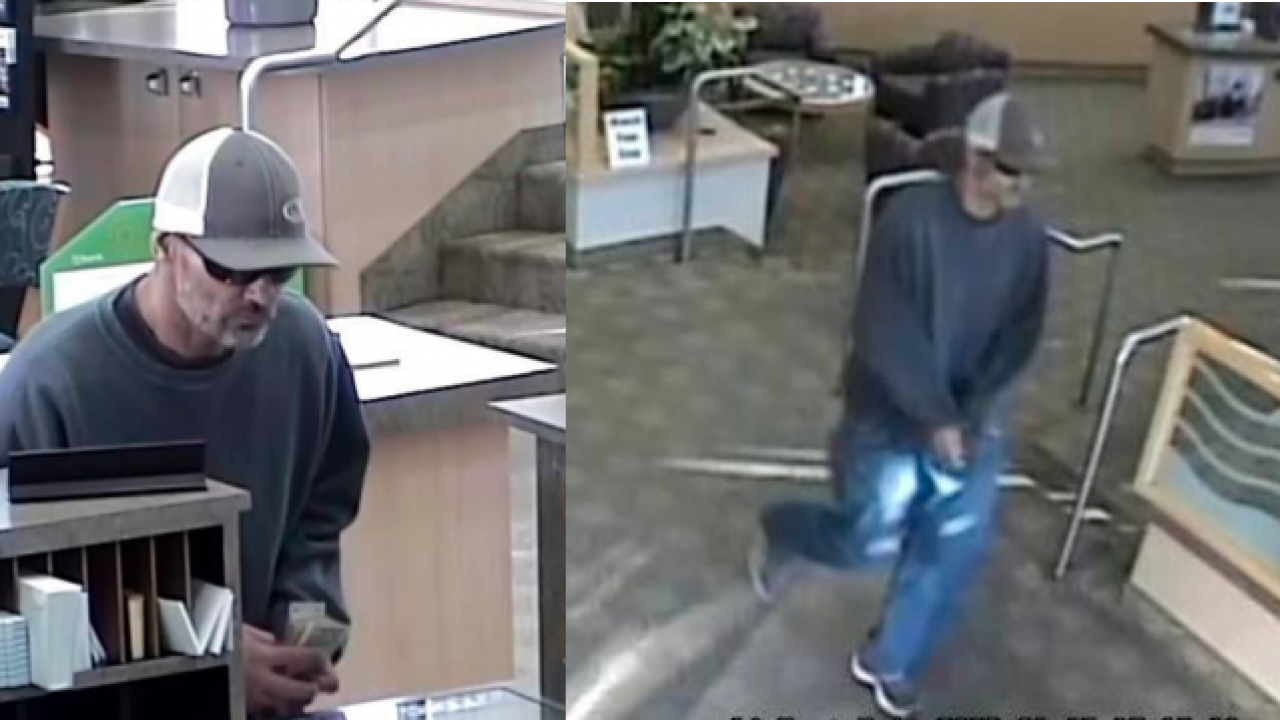 EL CAJON, Calif. (KGTV) -- Authorities are searching for a man who reportedly robbed a US Bank in El Cajon Monday.

According to the FBI, the incident happened just after 3 p.m. at the US Bank on the 2700 block of Navajo Road.

The robber reportedly approached a teller and made a verbal demand for money. After receiving the cash, the man fled the scene on foot.

The robber is described as a white or Hispanic man with olive skin and grey hair who is believed to be in his 30s or 40s. He’s also six feet, one inch tall with a thin build.