A North Park family is appealing for tips after a former high school football star - and recent college graduate - was injured in a drive-by shooting. 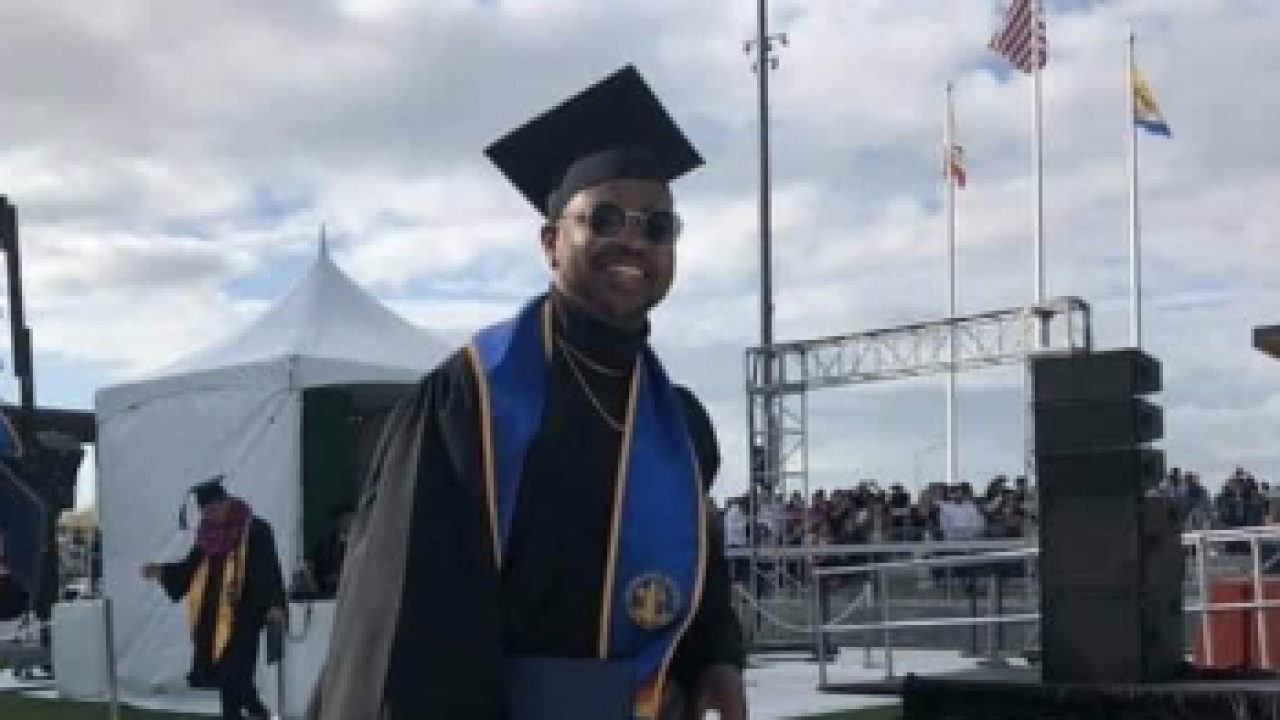 SAN DIEGO (KGTV) - A North Park family is appealing for tips after a former high school football star - and recent college graduate - was injured in a drive-by shooting.

"They thought it was fireworks at first," said Dawn Kinder.

Sisters Denisha Montgomery and Dawn Kinder say two Fridays ago, their brother Devante Kinder, 24, and three friends had spent a day at the beach and were driving up to his driveway near Meade Ave. around 9:40 p.m. Devante was at the wheel of the used Mercedes SUV he had saved up to purchase, when neighbors heard about nine shots ring out, and a car drive away. Devante was shot twice in the face.

"The only thing he could think of was to save his life, and he drove himself to the hospital," said Montgomery.

Soon after, his sisters got the news.

"Unreal and didn't believe it at first actually. There is no way he could be injured in this way," said Montgomery.

"He's devastated ... asking himself why it was him," said Montgomery.

His sisters say Devante does not have any enemies. Devante, a football standout at Mission Bay High School, went on to graduate from San Jose State six months ago. He returned home and recently got hired for engineering position in March.

"Starting his career, saving money. All he could talk about was buying his own condo," said Montgomery.

Those plans have been put on pause by the drive-by shooting. Amid a national dialogue on racial injustice, Devante's sisters say they know many families impacted by violence.

"It's something that shouldn't be happening. We don't like to think it was the color of his skin. We don't want to," said Montgomery.

"But the thought is there as well," said Kinder.

Devante remains on a feeding tube and faces a long road to recovery. A Gofundme campaign has been set up to help with expenses.

Witnesses saw a newer-model black Ford Mustang driving from the scene. Anyone with information is asked to call Crimestoppers at 888-580-8477.