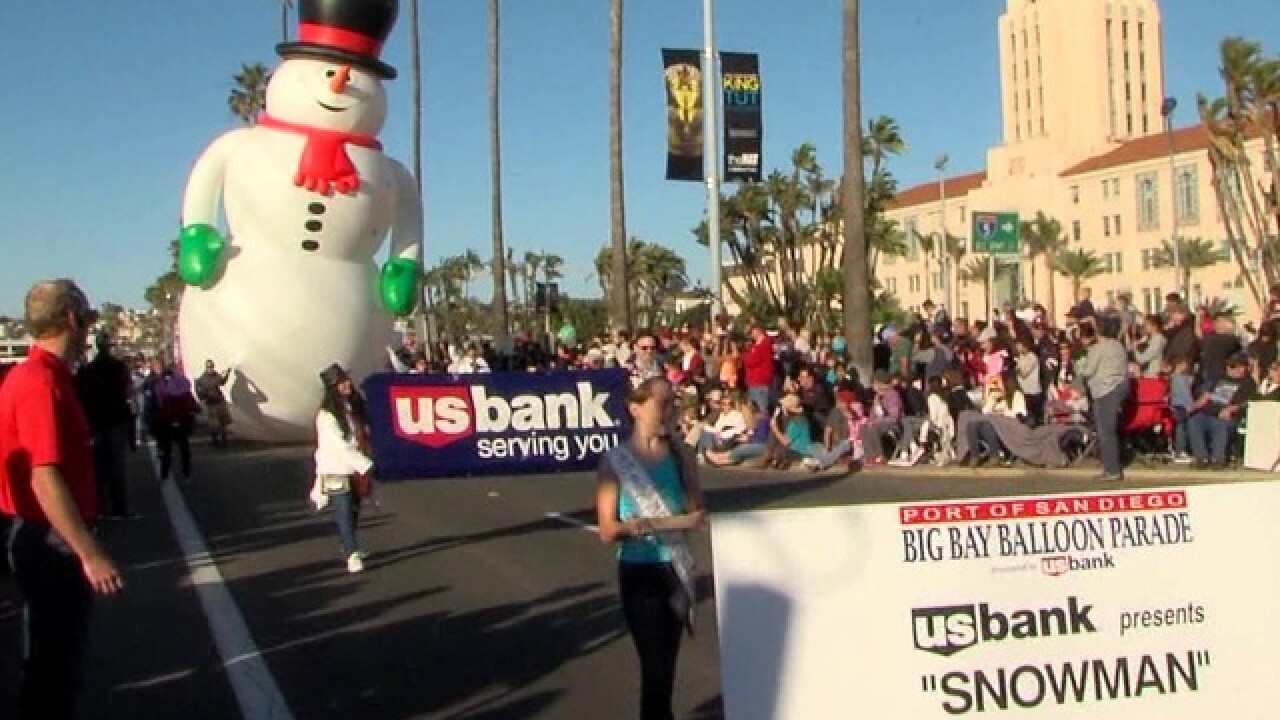 SAN DIEGO (KGTV) — The holiday season will be bright and alive with the sounds of bands and cheers this season.

Several parades will return to San Diego in the next month, from the traditional Mother Goose Parade in El Cajon to the seasonal wrap-up with the Holiday Bowl Parade.

And in between, even more festive entertainment across the county, as floats, marching bands, vintage cars, and performers get communities excited for the holidays.

Coronado Holiday Parade: Coronado rings in the holidays with their annual parade at 6 p.m., with festival floats and performers making their way down Orange Ave., bringing Santa to the town's Christmas tree for a special lighting ceremony.

La Jolla Christmas Parade: La Jolla celebrates the magic of Christmas starting at 11 a.m. during their annual Christmas Parade, this year under the theme "Christmas on the Moon." The parade will travel down Girard Ave. and Prospect St.

Mission Bay Christmas Boat Parade of Lights: Dozens of boats in their best holiday decor will hit the waters of Mission Bay for their own special parade beginning at 6 p.m., traveling between Vacation and Fiesta Islands.

Oceanside Harbor Parade of Lights: Oceanside has its own celebration of the holidays on the water, as their Parade of Lights brings boats dressed in colorful lights and decorations to the harbor beginning at 7 p.m.