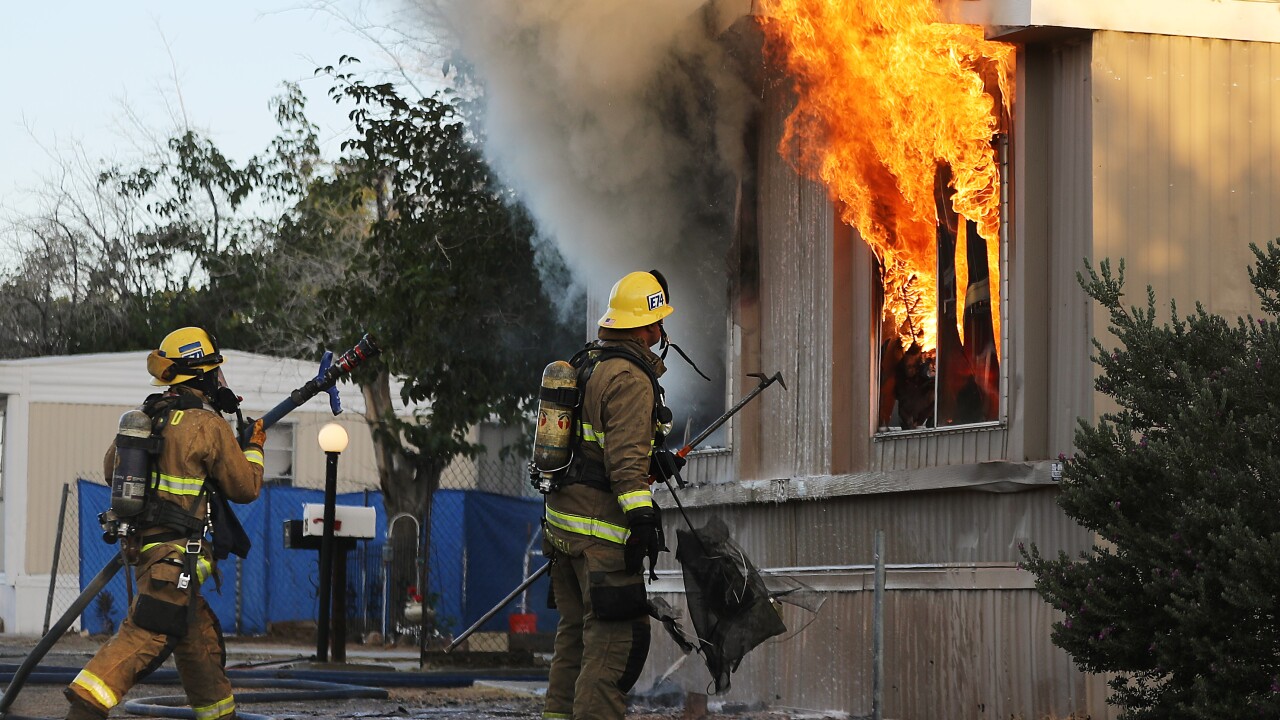 Mario Tama/Getty Images
RIDGECREST, CALIFORNIA - JULY 06: Firefighters work to put out an electrical house fire, the morning after a 7.1 magnitude earthquake struck in the area, on July 6, 2019 in Ridgecrest, California. Neighbors believe the fire began after electricity returned to the area following a blackout. The earthquake, which occurred July 5th, was the second large earthquake to hit the area in two days and the largest in Southern California in 20 years. (Photo by Mario Tama/Getty Images) 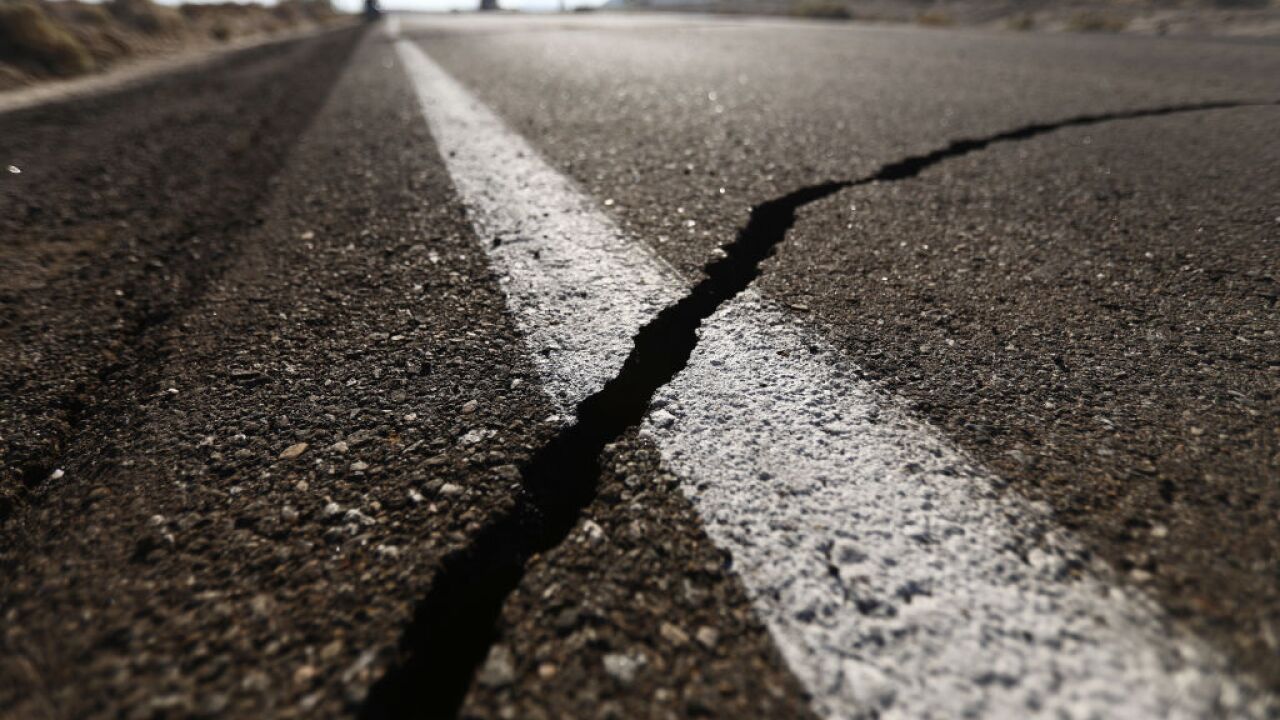 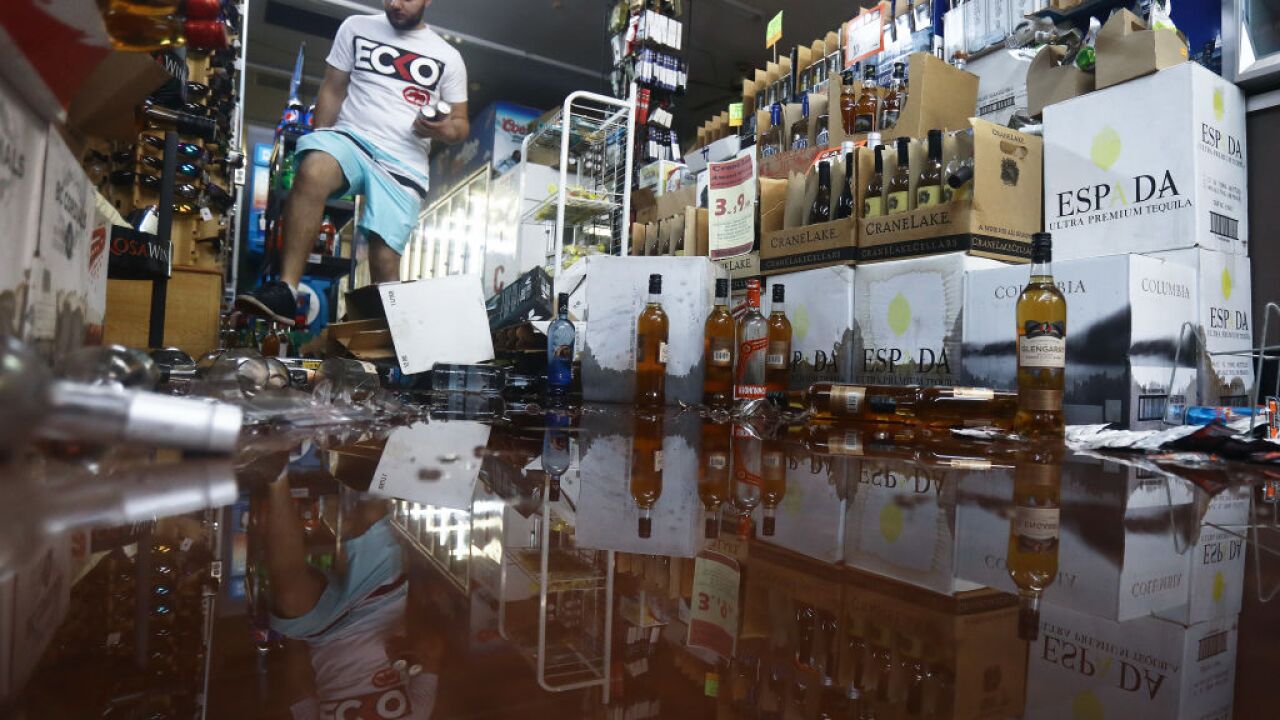 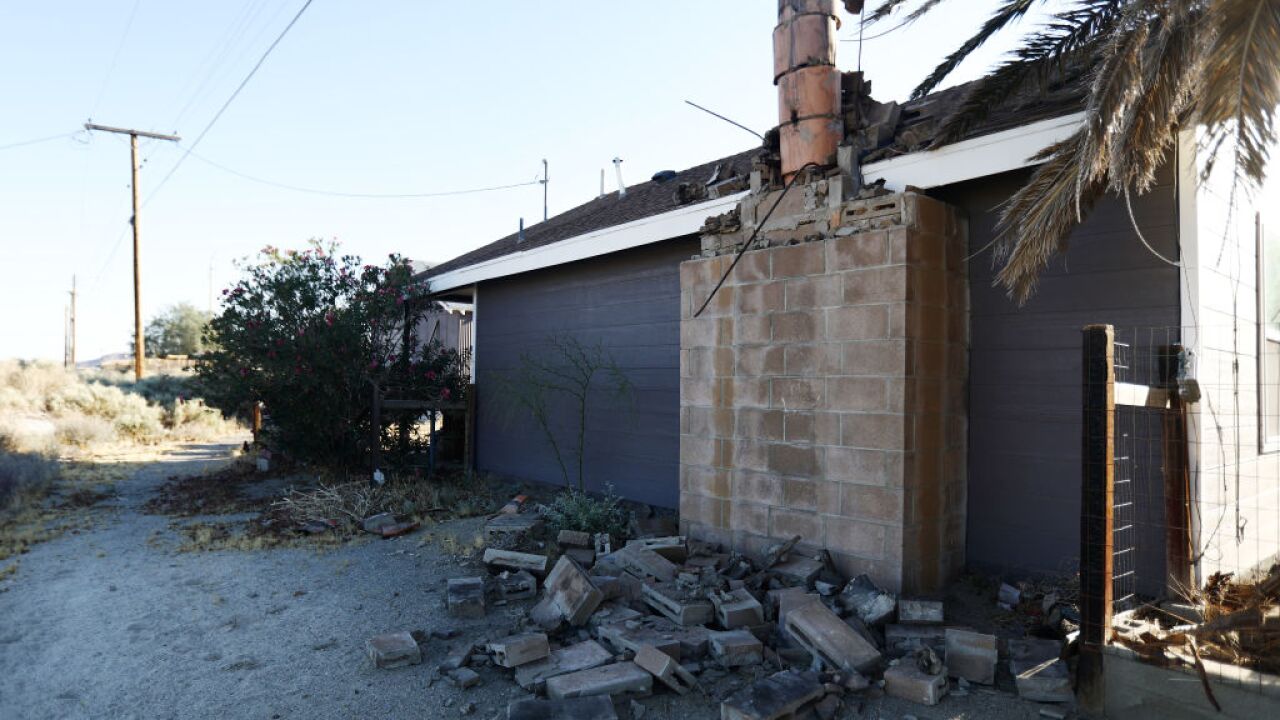 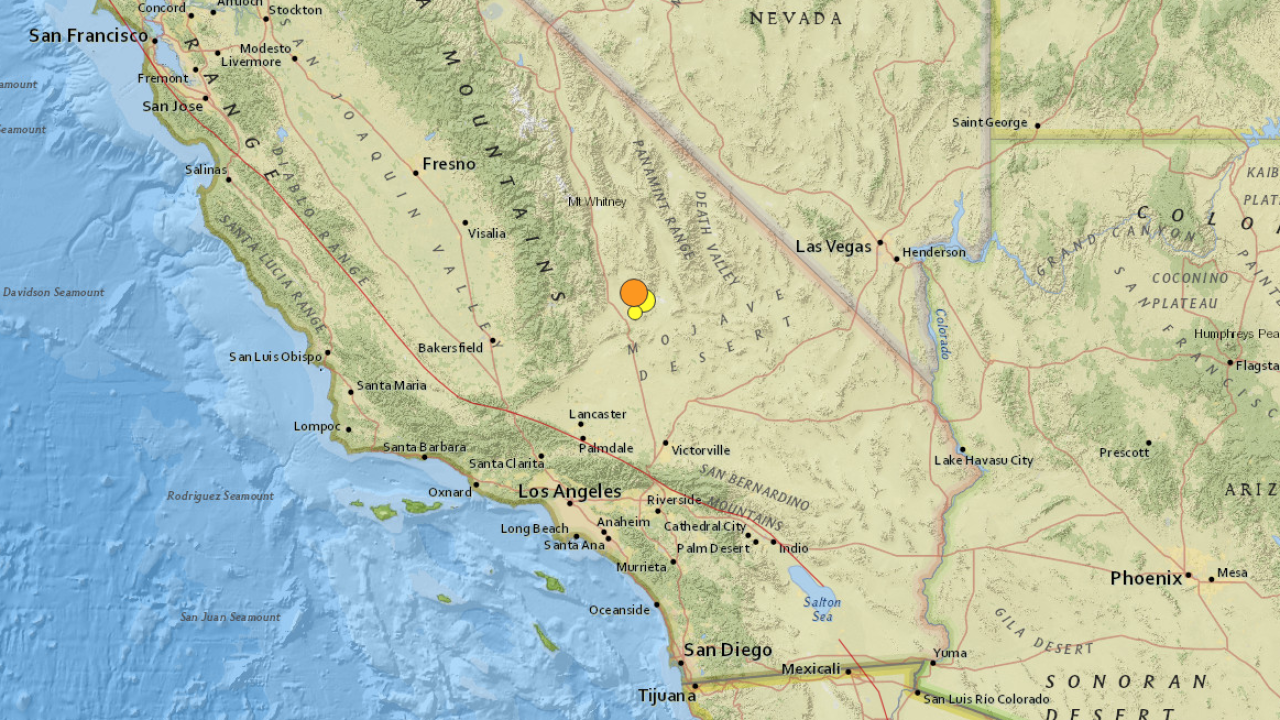 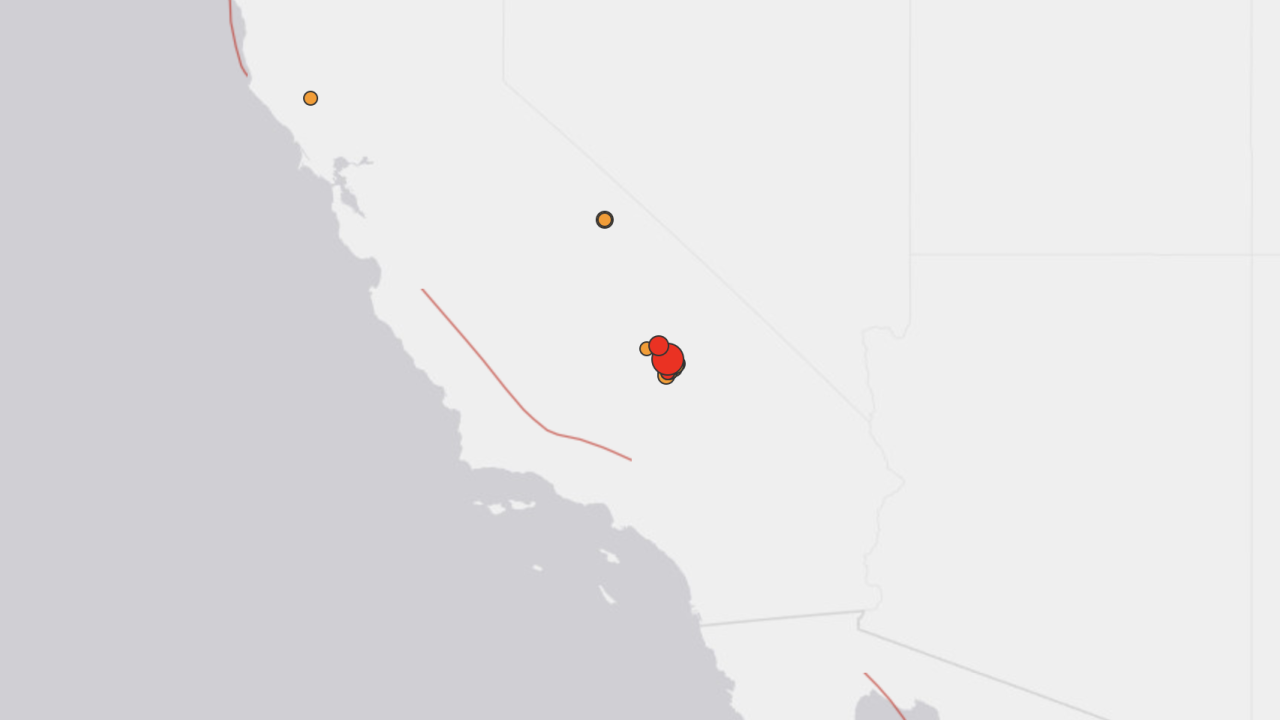 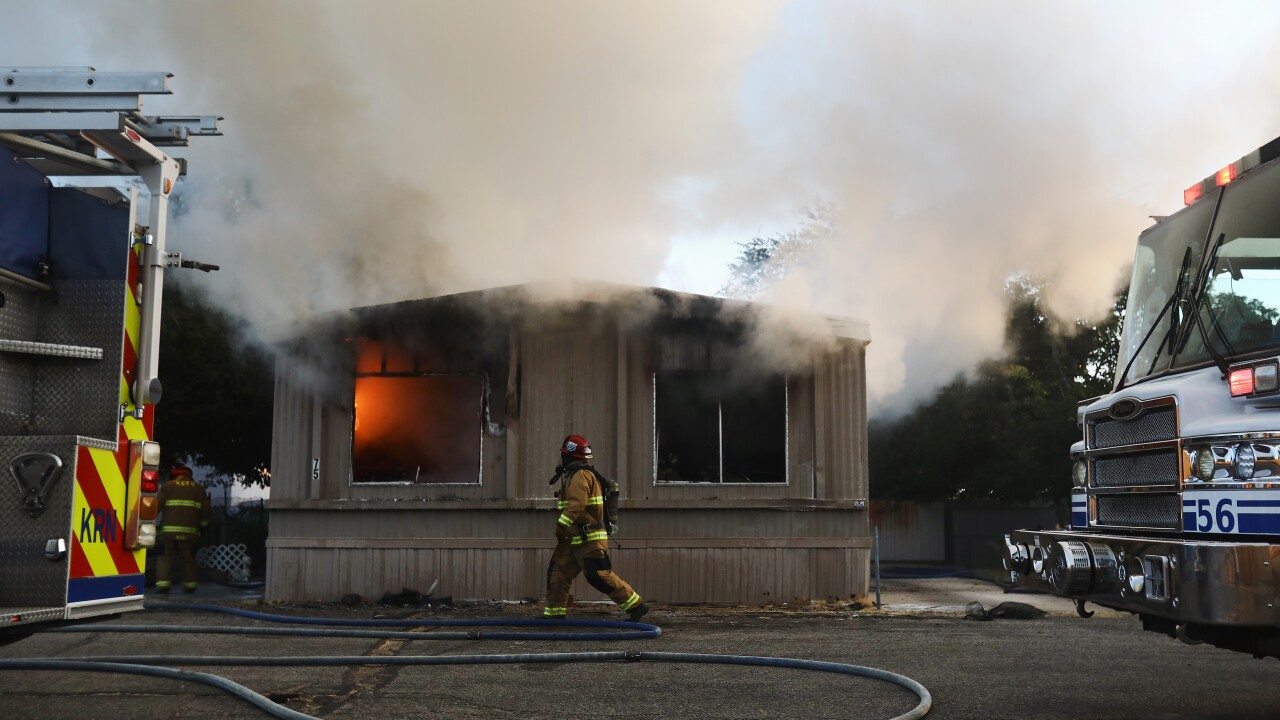 Friday's tremor happened at 8:19 p.m. and was centered 11 miles outside the high desert town. It was felt throughout southern California and as far east as Las Vegas. The quake was described as a rolling motion that seemed to last at least a half-minute.

No deaths are reported as a result of the violent earthquake, according to Kern County Fire Department Chief David Witt. CAL OES said a number of injuries have been reported though.

Sr-178 was significantly damaged, state transportation official said. Rockslides along the freeway prompted a full closure at San Bernardino to about 14 miles east of Kern County.

The earthquake was immediately followed by multiple aftershocks, the largest of which measured a 4.7-magnitude.

"The M6.4 was a foreshock," USGS seismologist Lucy Jones tweeted, referring to Thursday's jolt. "This was a M7.1 on the same fault as has been producing the Searles Valley sequence. This is part of the same sequence."

"No reports of serious damage in @LACity related to the earthquake tonight," Mayor Eric Garcetti tweeted. An Urban Search and Rescue Task Force team is being sent to Kern County to help with the damage closer to the epicenter, Garcetti says.

About 1,000 customers were without power due to a possible earthquake-related outage in the Encino/Valley Glen area, according to the Los Angeles Department of Water and Power. Outages have been reported in Kern, Inyo and San Bernardino counties, according to Southern California Edison.

California Governor Gavin Newsom tweeted he has activated the Office of Emergency Services to its highest level in response to the powerful quake.

"In response to another large earthquake in Southern California tonight, I have activated the @Cal_OES state operation center to its highest level. The state is coordinating mutual aid to local first responders," Newsom tweeted.

EXPECT ANOTHER STRONG ONE VERY SOON

Jones noted that Ridgecrest quakes were far from the San Andreas Fault.

10News is monitoring the situation for breaking developments.