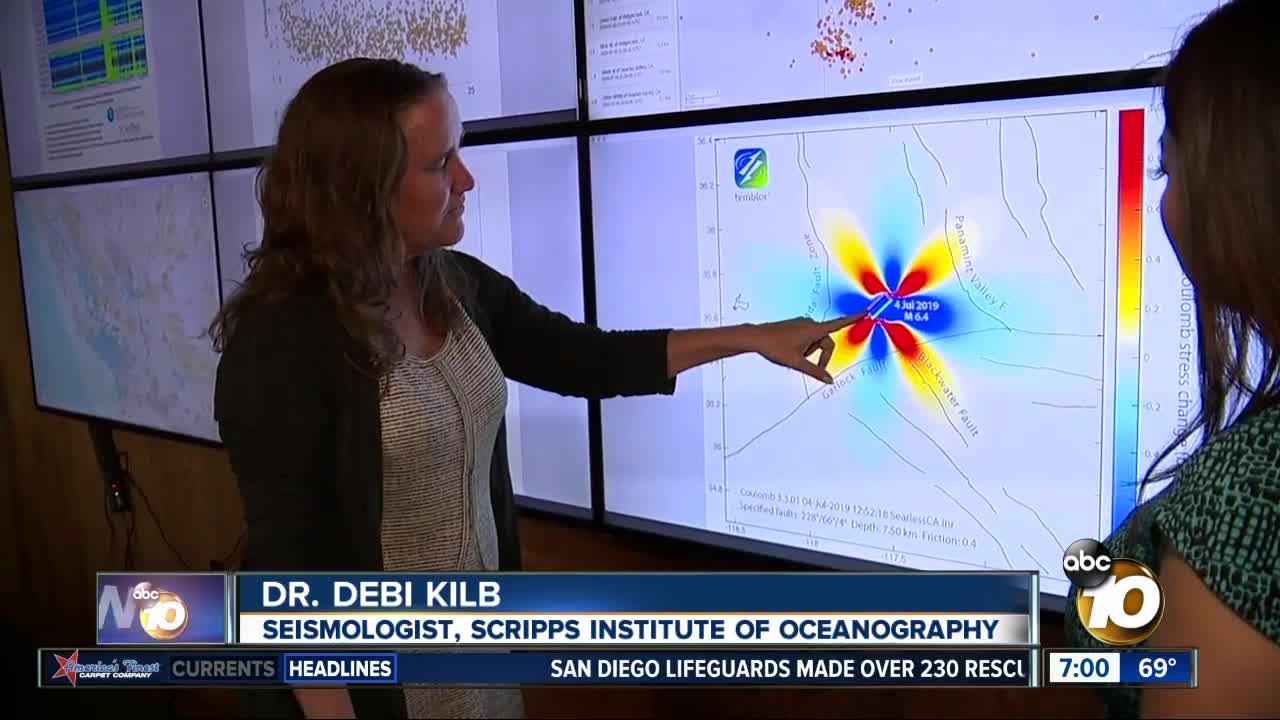 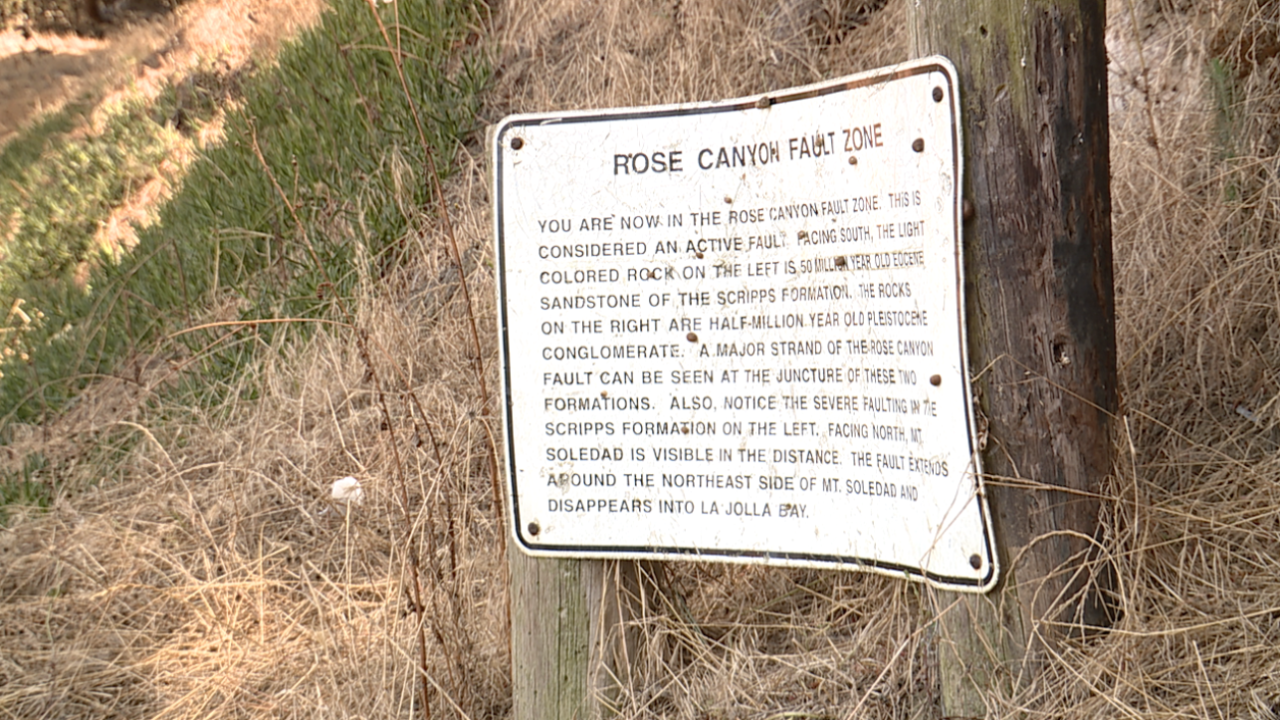 SAN DIEGO (KGTV)— Some people in San Diego are still feeling the shakes after yesterday's Ridgecrest Earthquake. It is prompting concerns about activity along San Diego County's own fault lines.

Living in California, we can never say, "We never saw it coming." But seismologists said yesterday's quake was very rare.

"It comes along here [points at map] and meets another fault perpendicular, and that's not typically what I work on or what I've seen before," Scripps Institute of Oceanography seismologist, Dr. Debi Kilb, said.

The epicenter was not close to California's most known and large fault line, the San Andreas.

"This is where our main 6.4 [Magnitude quake] occurred," Dr. Kilb said. "You can see, it's not on any of these really well-known faults. So it's occurring on a fault that's unmapped or unknown."

Here in San Diego, there are also many smaller, lesser-known fault lines, like the Rose Canyon Fault. It meets the shore near La Jolla, travels right underneath Interstate 5, through Downtown San Diego, and exits out of the Silver Strand.

Dr. Kilb said the Rose Canyon Fault has been seismically inactive since before 1900. The more active fault locally is the San Jacinto Fault near Anza Boreggo. But if a quake were to emerge out of Rose Canyon, it could potentially be very damaging to our area. Being along the coast, San Diego could be under water.

"Yes, you can definitely get a tsunami from that," Dr. Kilb said. However, she said a tsunami is most likely in San Diego, after a massive earthquake near an active fault, off the Oregon or Washington Coast.

In preparation, the City of San Diego is retrofitting many buildings, like the iconic California Tower in Balboa Park. By the end of the seven-month construction project, the Tower should be able to withstand a significant quake.

But aside from buildings and bridges, Dr. Kilb said WE should always be preparing for the next "Big One."

"Now is a good time to just look around and say, 'Is there anything breakable on my shelves that I should take down? Are the bookcases actually secure to the ground?' So just do a walkthrough," Dr. Kilb said.

You are also encouraged to talk with your family about an emergency plan and have a 3-day emergency kit ready for every family member, including pets. Having a USB drive with important photos and paperwork may also be helpful.