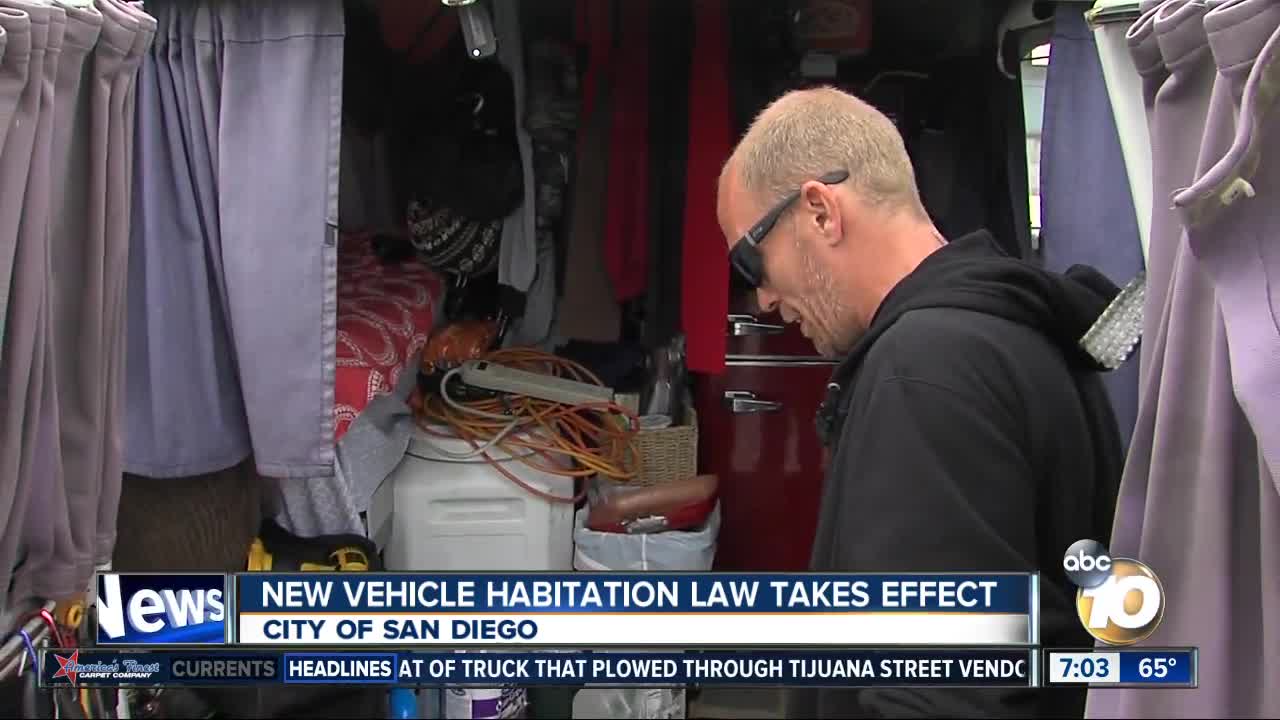 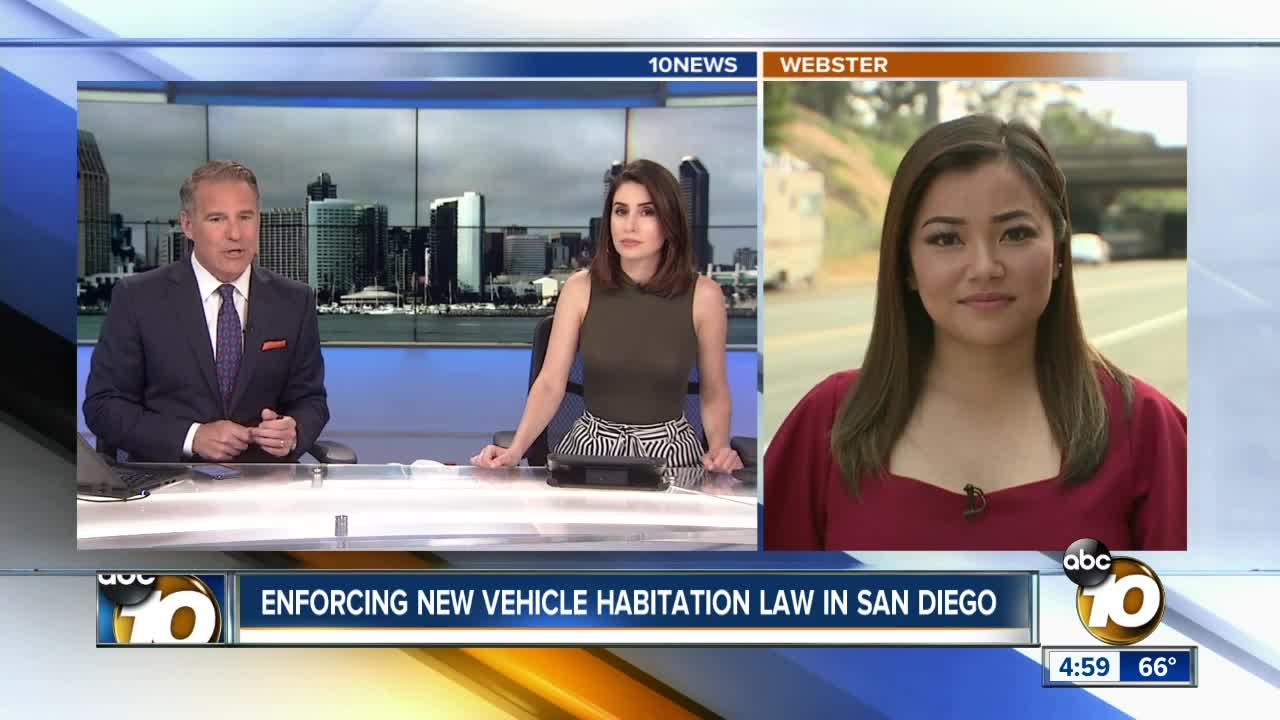 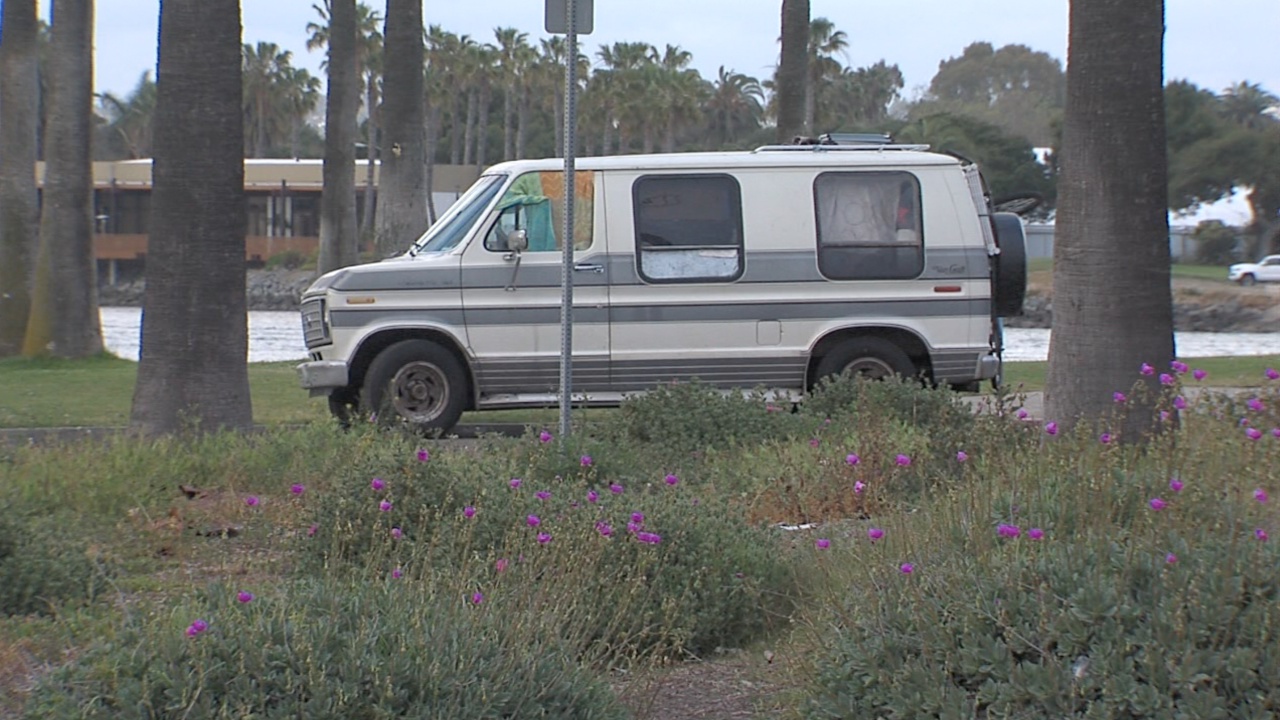 SAN DIEGO (KGTV)-- As of today, it is illegal to live in your car in the city of San Diego.

This controversial law took effect right after yesterday night's City Council vote. Homeowners in many San Diego neighborhoods said it is about some regulation is enforced. But homeless advocates called it a human rights violation.

10News met with two "van-lifers," as they called themselves. One of them was 39-year-old Jason Thorwegen. He said he is a Southern California native, who has been homeless since childhood.

"I started being homeless at the age of 8 years old," Thorwegen said.

He admitted, it has not been easy, and that he is not perfect. But he never thought he would be in trouble, while trying to stay out of trouble, inside his van.

"People who live in my neighborhood are defecating and urinating on the street, I see it. and I live it," one lady said at the Council meeting Tuesday.

Starting Wednesday, living in a vehicle is illegal on city streets between 9 pm and 6 am unless parked in a designated Safe Parking Zone.

"It's kind of disheartening, to be honest, to see that it's not as comprehensive as it could have should have been," Teresa Smith said.

Smith runs the non-profit organization, "Dreams For Change," which provides 60 safe parking spaces throughout the city. The city currently has 120 spaces, with plans to offer more this year.

"Even though as much as they try to say it was not around criminalization, I do not see how it is not," Smith said.

10News also spoke to "van-lifer," Maria Ennis. She plans to get the ACLU on her side, to fight that the untimely law, is a human rights violation.

"If they are making more parking lots, why don't they make the parking lots first? And then try to make that law?" Ennis asked.

Thorwegen said the new lots would not change his lifestyle.

"I have anxieties that prevent me from living inside," Thorwegen said. He said he has non-combat-related PTSD and other illnesses. That is why started "Van for a Plan."

The Go-Fund-me campaign asks people to donate old vans. He then converts them to be provided to clean, homeless veterans.

"We want them to do the work, and that way, they can earn the vans," Thrrwegen said.

He is working on his second van now. But now with this new ordinance, he is worried his efforts will become mute.

The city said officers would first have to be trained about the new ordinance before issuing tickets. But Smith anticipated people would likely find other ways to avoid the consequences.

"So one of the issues we suspect is going to start, is people will start moving right outside the city limits. So the surrounding communities will start seeing the impact of the city ordinance," Smith said.