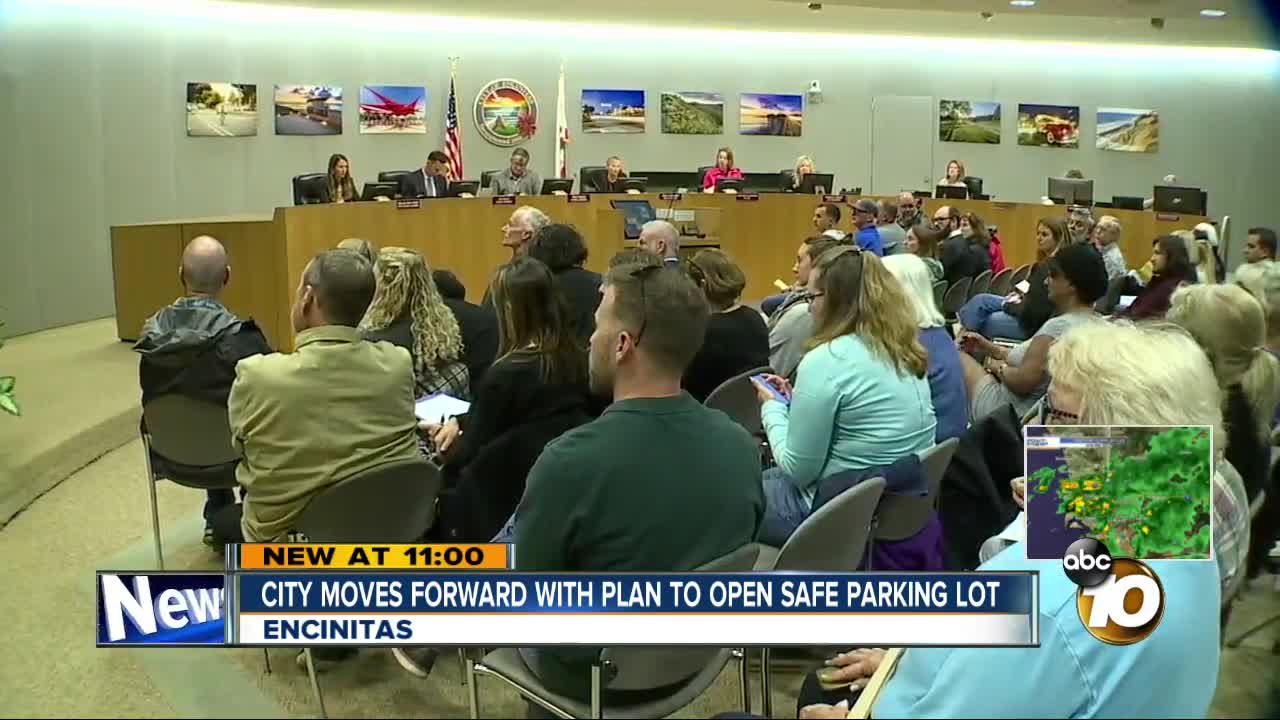 ENCINITAS, Calif. (KGTV) -- The city of Encinitas has voted to move forward with a plan to create a safe parking lot for people living out of their cars.

The city council voted 4-1 to start negotiating with Jewish Family Service, with the goal of opening the safe parking lot by the end of the year.

Both supporters and opponents spoke during Wednesday's city council meeting, 30 in favor and 15 opposed. Those opposed to the lot said they were worried about their safety and property values. Those in favor said this would help people get back on their feet and keep them from becoming chronically homeless.

The lot will be operated by Jewish Family Service on the Leichtag Foundation's property. Once the plan is finalized it will operate 365 days a year, seven days a week from 6 p.m. to 7 a.m. It will have overnight security, bathrooms, hand-washing stations, food and resources to help people get back into permanent housing.

Drugs and alcohol are not allowed on the lot. Everyone is vetted to make sure candidates don't have any violent criminal conviction and are not on the registered sex offender list.

The city says the plan won't cost taxpayers a dime. The shelter is funded privately by Jewish Family Service and also relies on state funding.

The city council agreed to review the progress of the safe parking lot in six months to find out if it is successful or needs modifications.