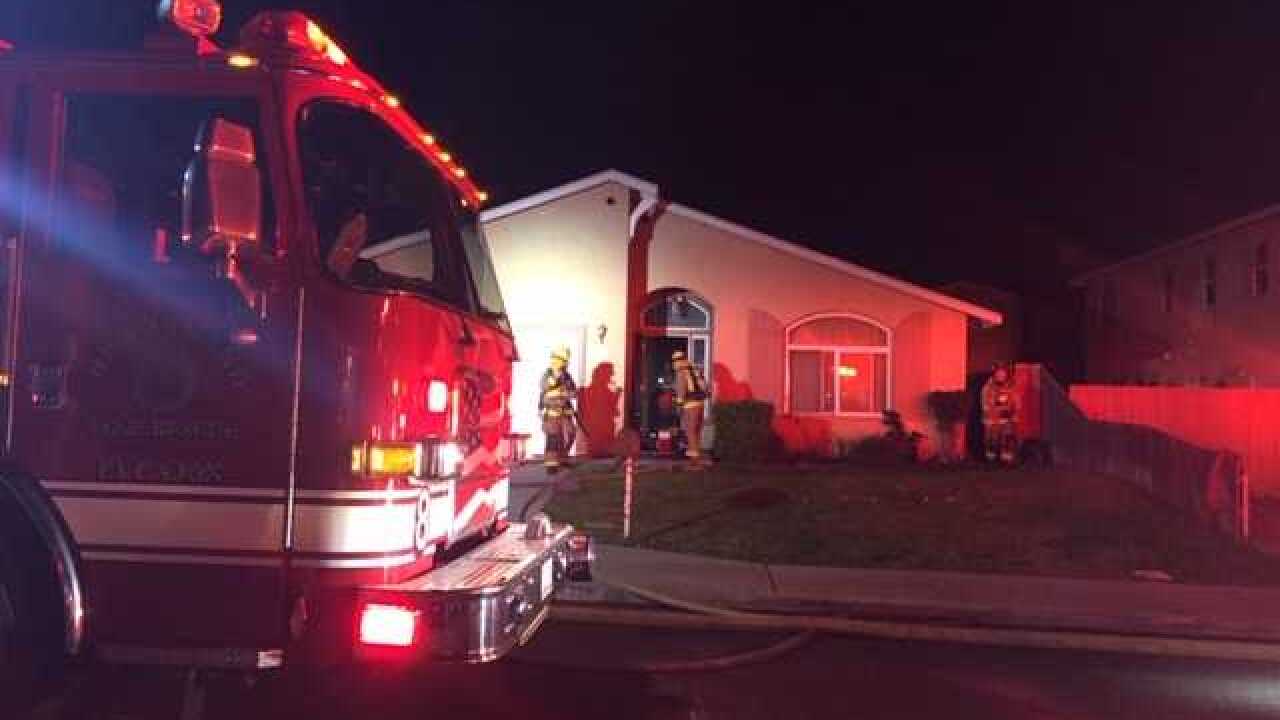 EL CAJON, Calif. (KGTV) -- One person was taken to the hospital after an El Cajon home where a man was beaten to death with a pan in late 2018 was set on fire Thursday night.

According to authorities, the fire started on the 1200 block of Naranca Avenue just after 7 p.m.

Nine people were displaced by the fire. Heartland Fire says the flames were contained to one bedroom.

The man who was taken to the hospital suffered cuts to his hands after trying to break through a window. Fire officials said the injuries were minor.

The fire broke out in the same independent living home where a man was beaten to death with a frying pan in late 2018.

Matthew McCarthy, 39, was killed in December after prosecutors say his roommate Brad Payton hit him in the face several times with a frying pan.

Matthew had been staying at the home on Naranca Avenue after being stabbed outside a convenience store in Lakeside.

Matthew, who was homeless before he moved into the home, had a developmental disability.

RELATED: Police called from home 78 times leading up to murder with frying pan

El Cajon police were called to the home 78 times in 2018 alone, according to records.