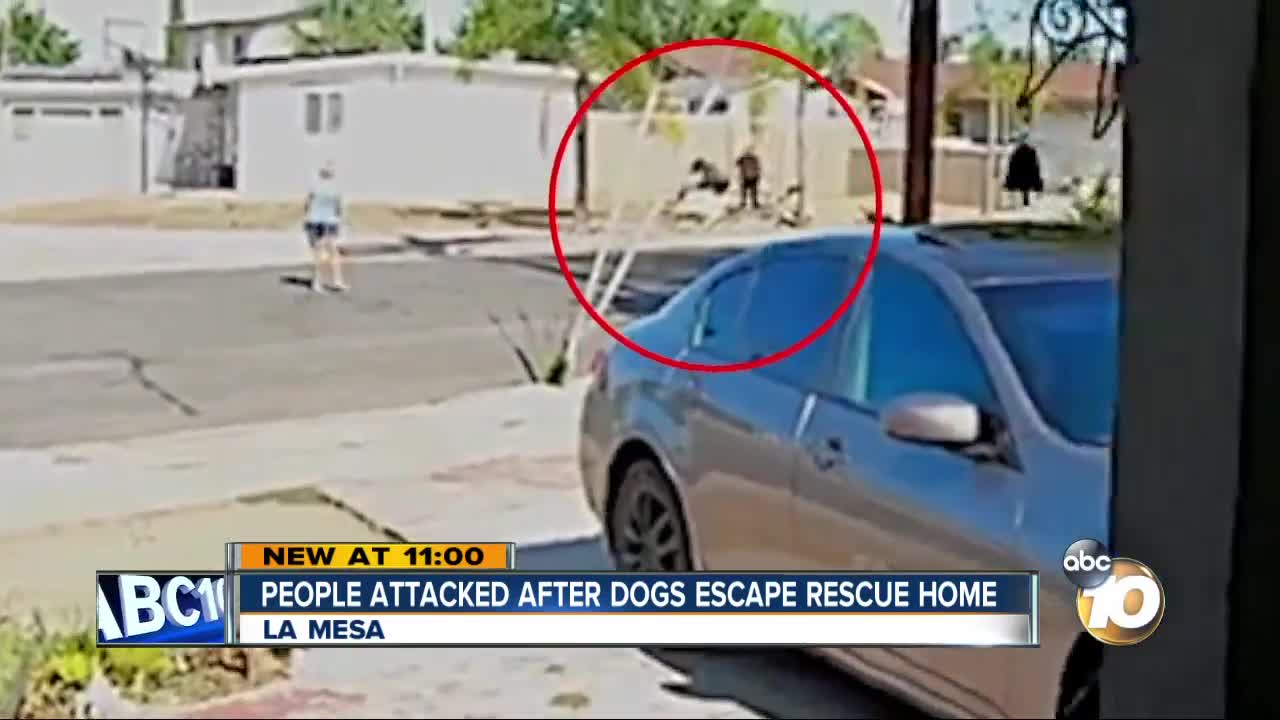 LA MESA, Calif. (KGTV) — East County residents say they're behind a local dog rescue's efforts to provide for canines, but that the facility has been operating dangerously.

Suzy Avalos lives next door to the Happy Hearts German Shepherd Rescue, which is run out of a La Mesa home. She tells 10News the dogs that reside in the yard have had no problem jumping the fence.

"You see the fence is not high. It's right up here. The dogs don't have a problem jumping over this fence," Avalos said. "I've lived here for 10 years and it's just progressively getting worse."

RELATED: Disease fatal to dogs that can spread to humans on the rise in some states

When the dogs escape they can also be aggressive, neighbors say, with at least one dangerous incident being recorded.

10News obtained records from the La Mesa Police Department showing at least 28 instances where officers responded to the dog rescue to help round up escaped canines or help people who say they were attacked by the dogs.

"We have a lot of people on this street that have young kids and I'm just worried a child is going to get bit or something worse is going to happen," Avalos said. "They're out of control and she should not have a license."

The woman who runs the dog rescue, Donna, declined an interview by 10News. She did say she's sorry people are afraid of her dogs or any dogs.

RELATED: 140 rats once living in van in Del Mar now up for adoption

Donna added that she's in the process of moving the rescue to a new facility in North County.

Still, neighbors say she's spread that claim for a while. While they support the idea of rescuing the dogs, they say it needs to be done more responsibly. Or the rescue needs to stop.

"The frequency with which she forgets to close her gates or the dogs escape, it kind of imperils the neighborhood," Sean Hixson, another neighbor, told 10News.