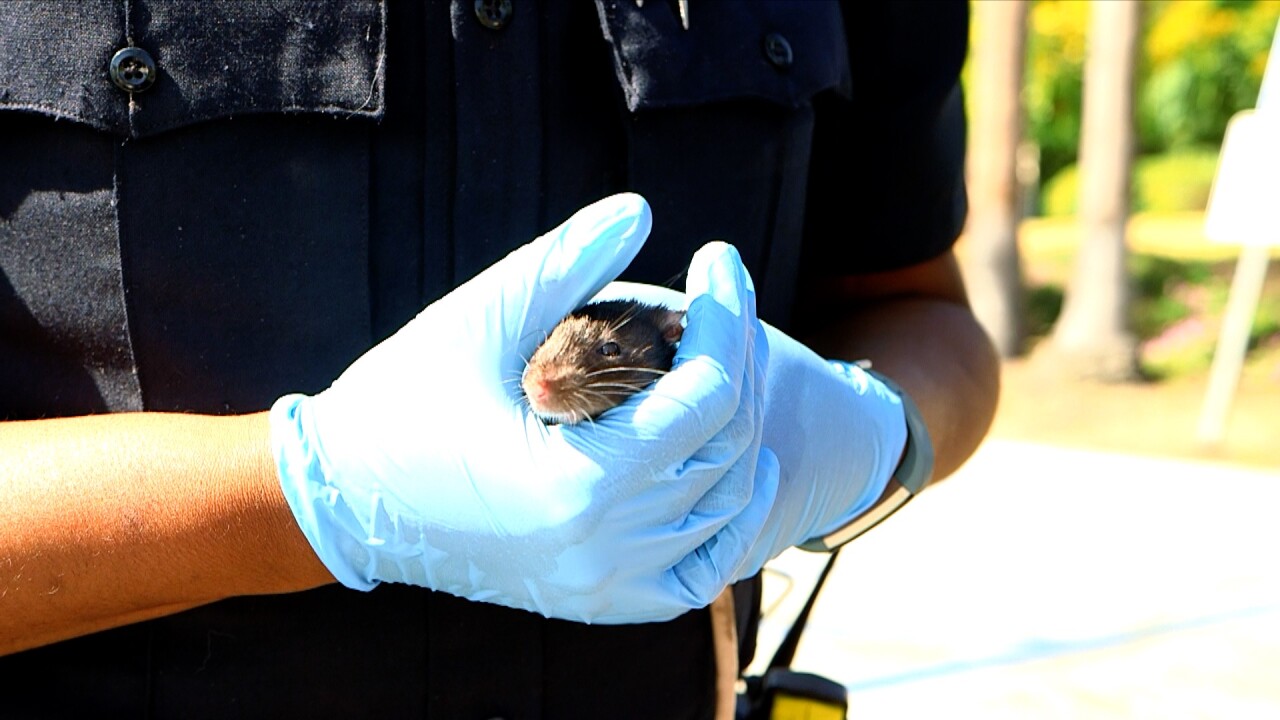 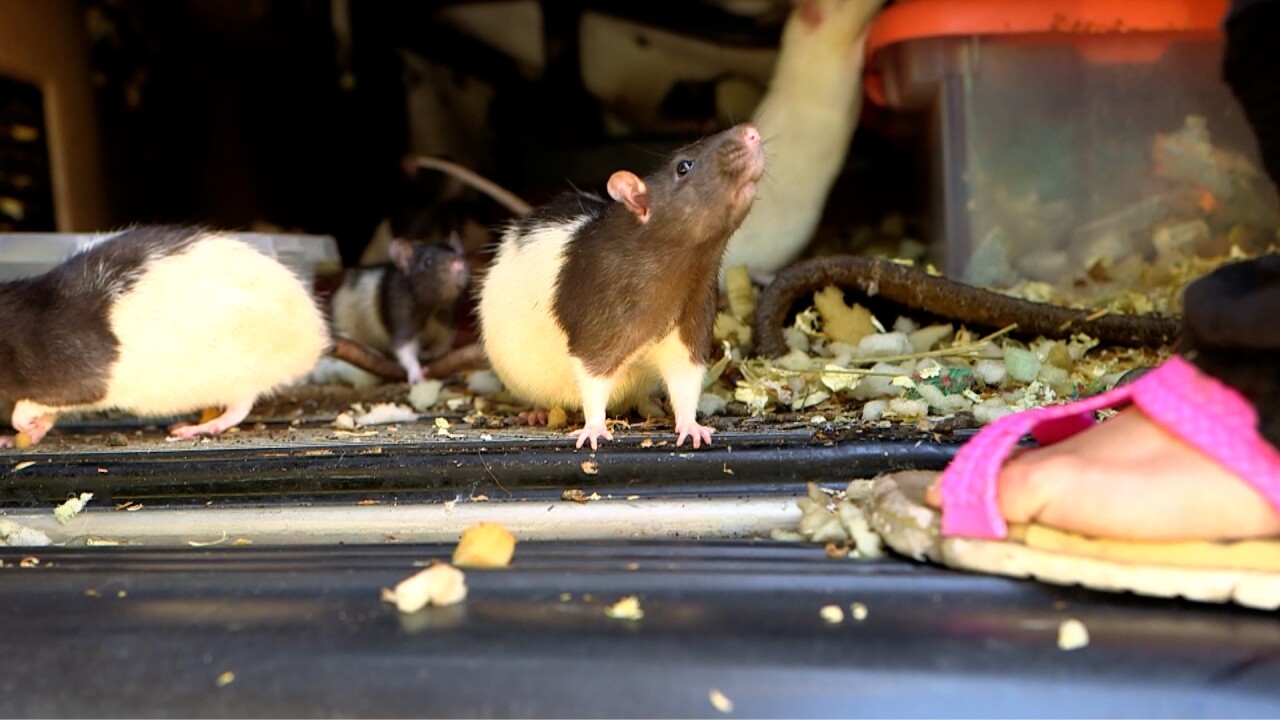 SAN DIEGO (KGTV) — San Diego Humane Society has placed 140 rats up for adoption after they were given up by a woman in Del Mar this week.

The rats have undergone veterinary exams and tests and are "happy and ready" for adoption, the Humane Society says. Because rats are social animals, the society is only adopting them out in same-gender pairs unless the owner already has a rat.

The rodents were given to SDHS after a woman's pet rats multiplied out of control while she was living out of her vehicle in Del Mar. The population eventually grew to more than 300 pet rats. The rats chewed through the vehicle's wiring, rendering it inoperable.

Neighbors have since rallied around the woman, helping her tow her old vehicle, get a new car, and turn over the rats to SDHS. Many of the rats were pregnant females and are currently in foster care through the Humane Society.

The 140 rats available now are males and non-pregnant females, according to SDHS.

Rats eat pellets, veggies, and fruit and stay clean by grooming themselves, much like a cat, several times a day.

If anyone is interested in adoption, the animals are available at Escondido, Oceanside and San Diego Humane Society locations for $5 a pair.