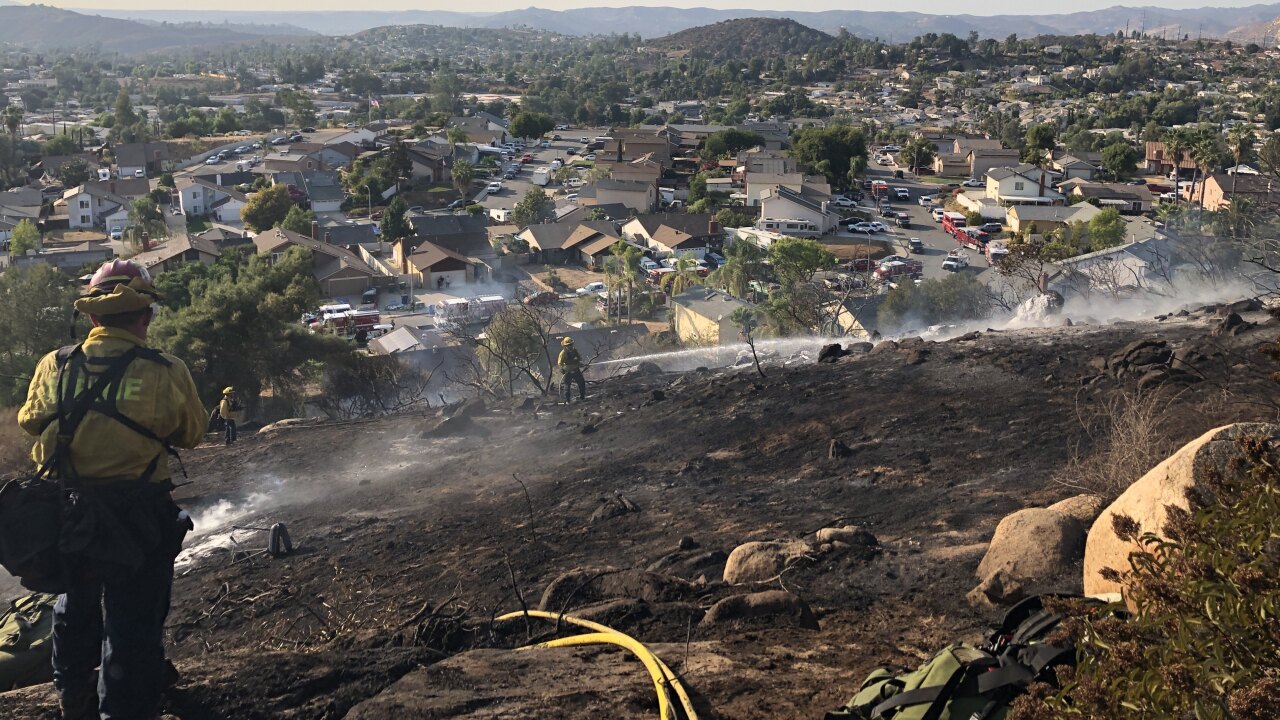 LAKESIDE, Calif. (KGTV) — Firefighters say a four-acre brush fire that ignited above a neighborhood on Saturday was sparked by a metal grinder.

The Cordial Fire broke out at about on a hillside near Cordial Road and Avenida Del Charro just before 4 p.m. The fire originally began with moderate rate of spread before crews quickly stamped it out and prevented flames from threatening structures.

"A small mishap can have disastrous effects, especially this time of year. Please be fire safe in everything you do," a tweet from CAL FIRE San Diego said.

A fire crew was set to stay on scene into the evening to mop up the area.