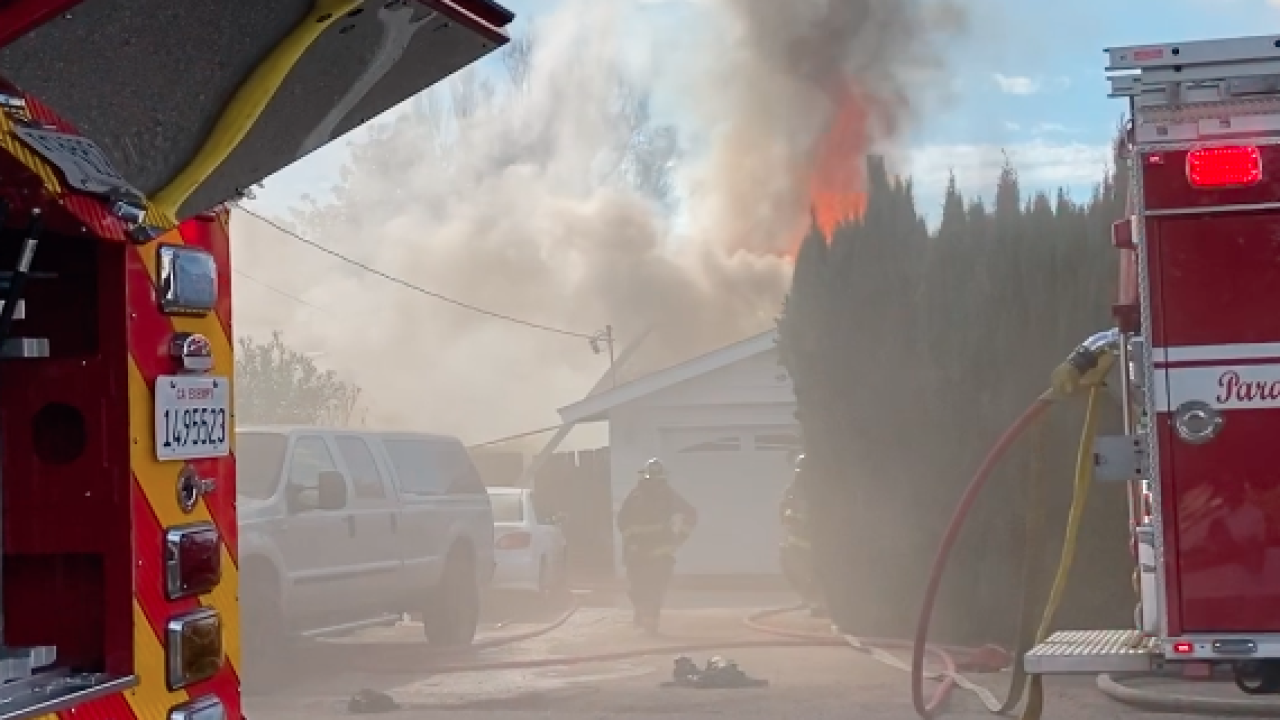 The first-alarm fire on Sycamore Lane broke out just before 12:30 p.m., according to Heartland Fire Department.

One firefighter was injured during the battle and transported to a nearby hospital.

Firefighters told 10News the fire may have started in the backyard, before spreading quickly to the home before it was put out.