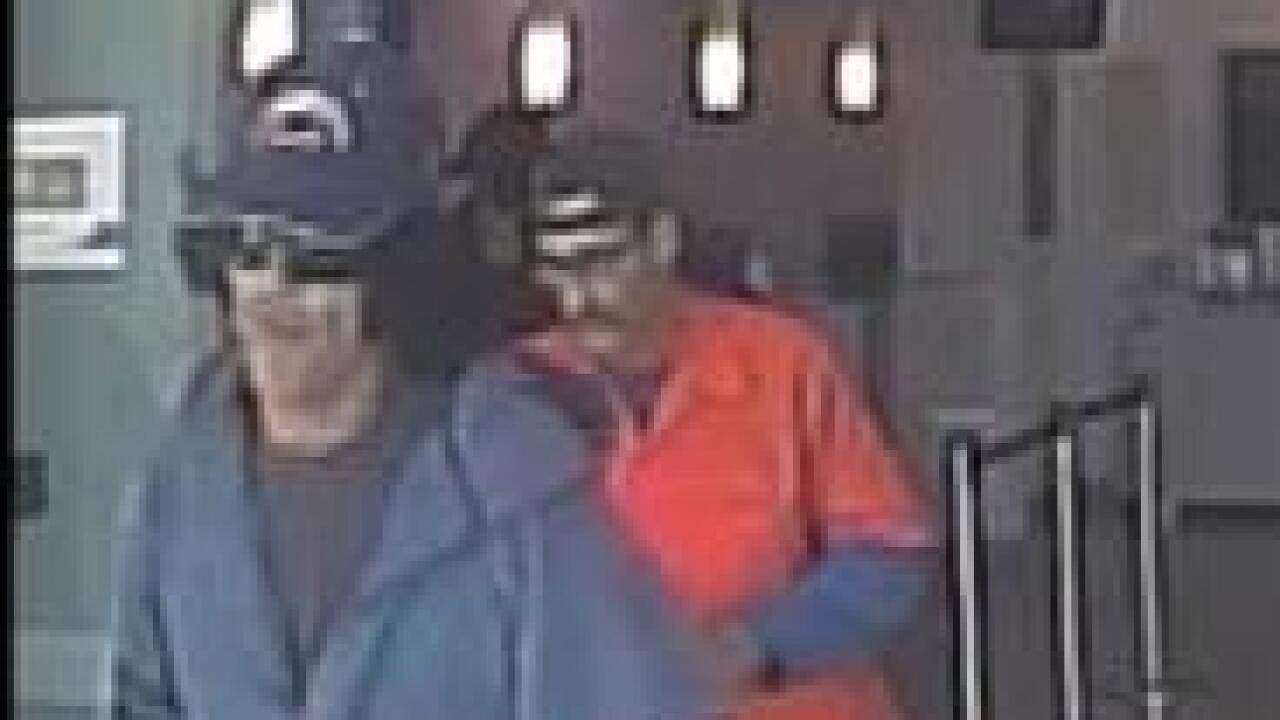 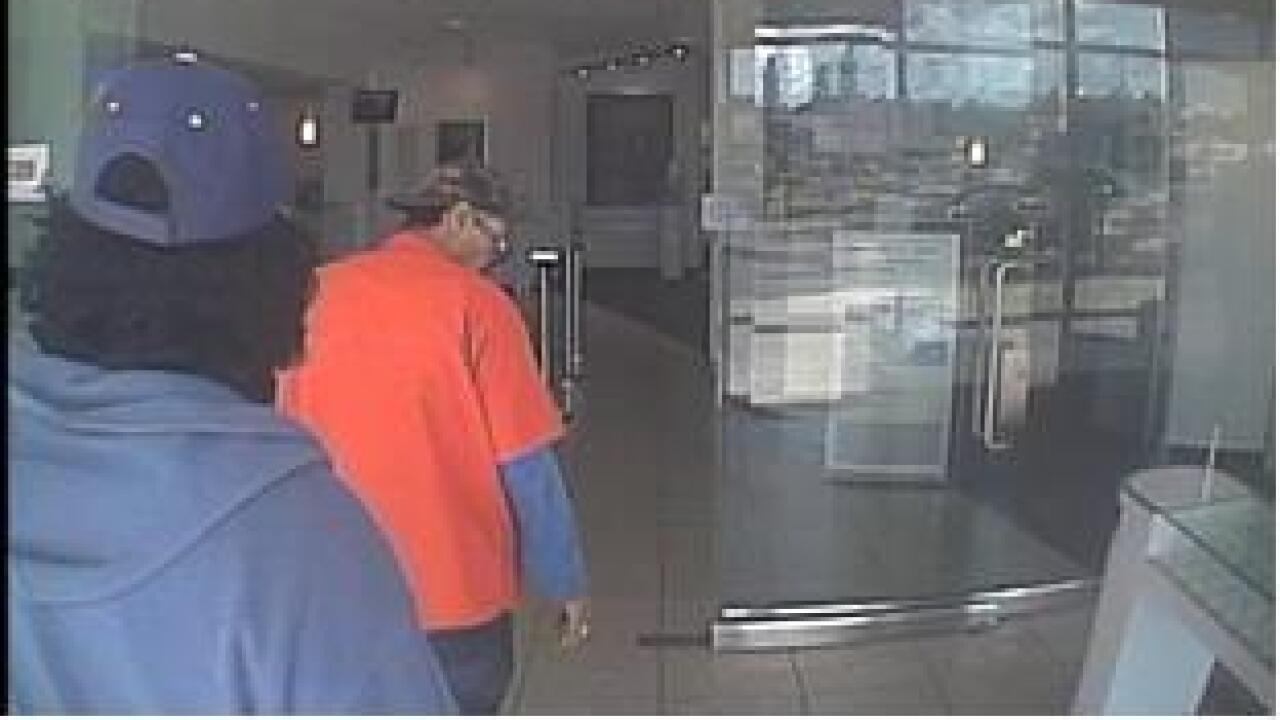 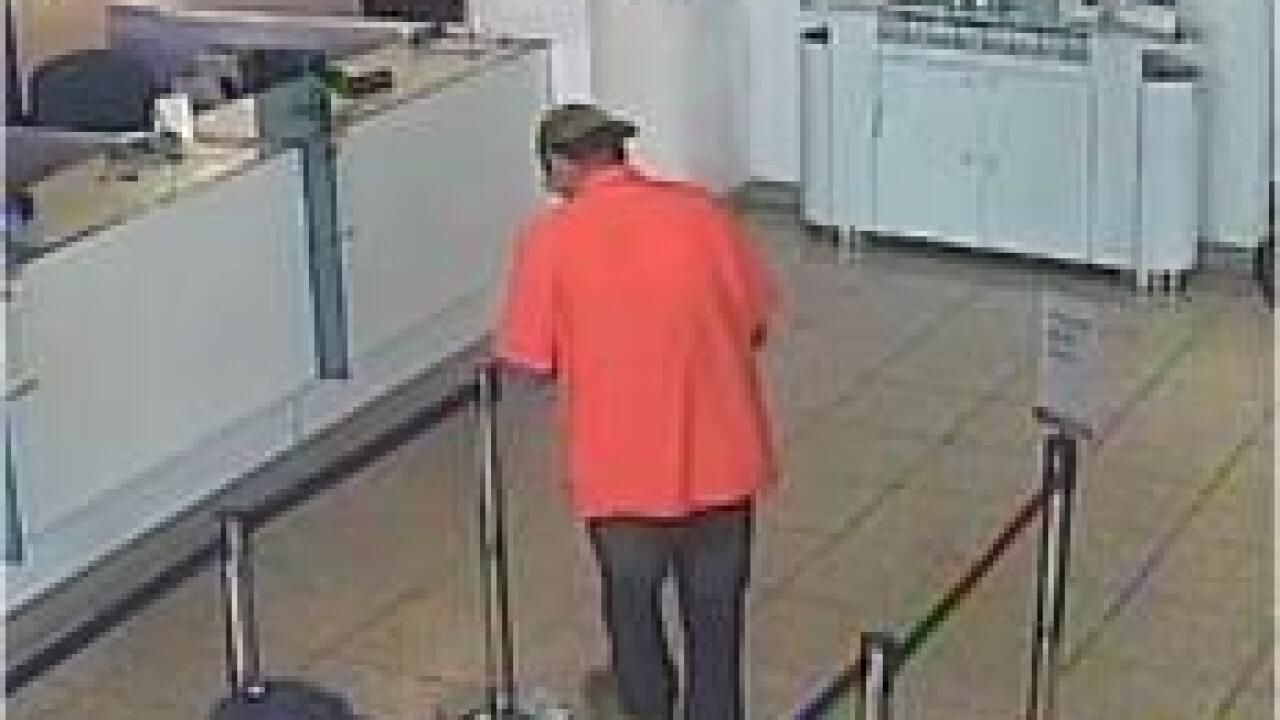 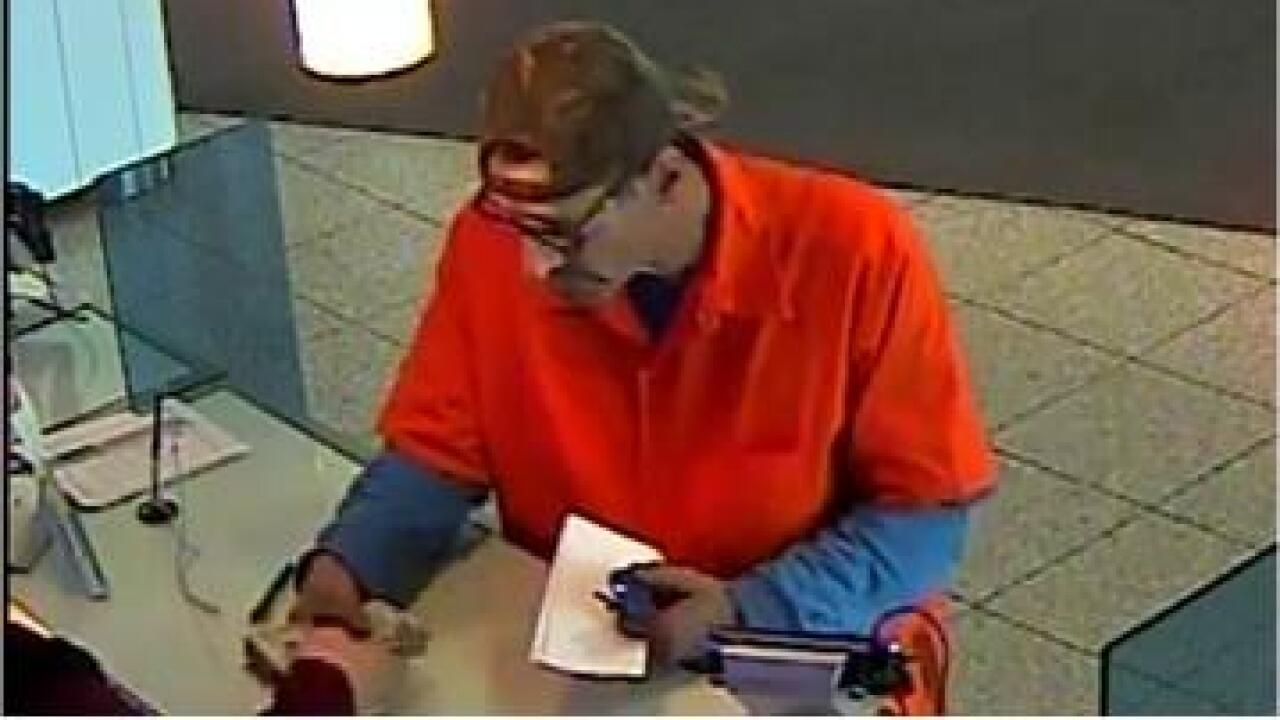 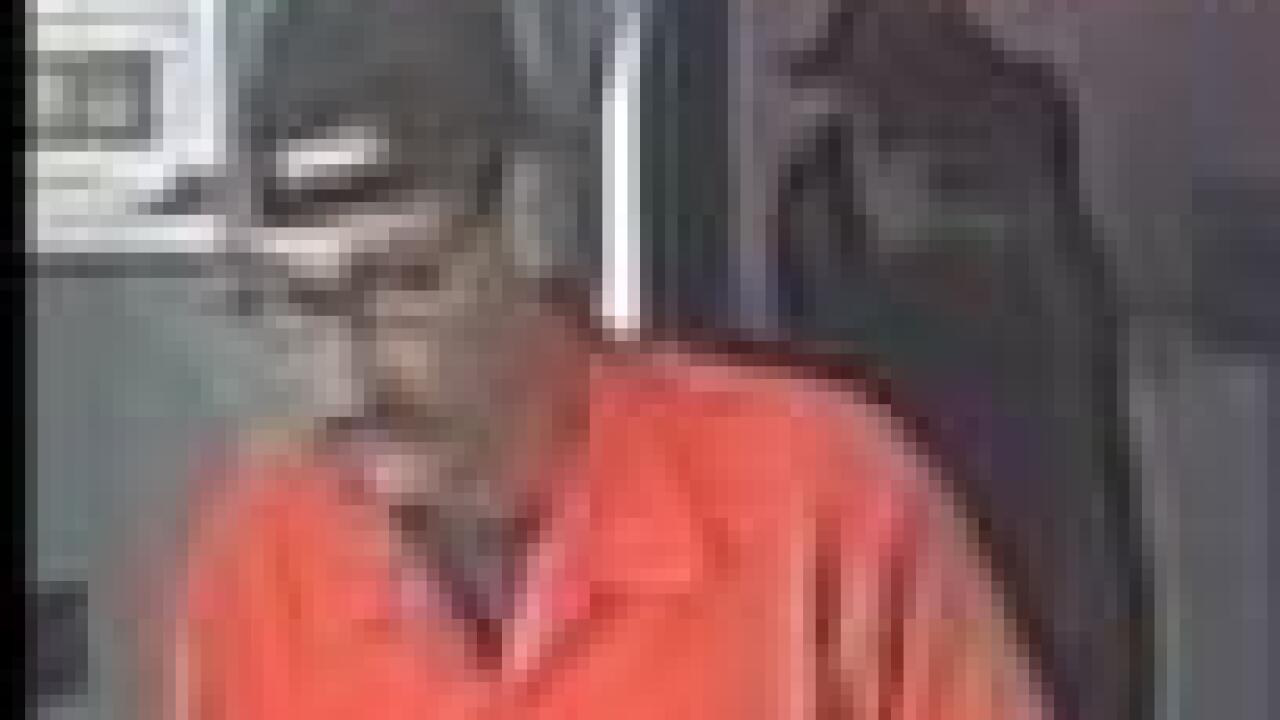 Two men entered the Citi Bank location at 402 Fletcher Parkway in El Cajon on Dec. 27, 2019, just before 1:30 p.m. One men approached a teller and made a verbal demand for money while the second suspect remained in the bank lobby.

After receiving an undisclosed amount of money, the suspects left the bank on foot in an unknown direction.

The first suspect is described as a Caucasian man, in his late 40s to 50s, about 5-foot-9, with slender build. He had dark, possibly dyed, hair and a dark handlebar mustache. He was last seen wearing reading glasses, a camouflaged baseball cap, long sleeve blue shirt with a short sleeve red shirt on top, and boots.

The second suspect was also described as a Caucasian man, in his late 30s, standing about 5-foot 10-inches tall, and with slender build. He was last seen wearing a navy blue baseball cap with a San Diego Chargers logo, dark-colored zip-up jacket, jeans, and sunglasses.