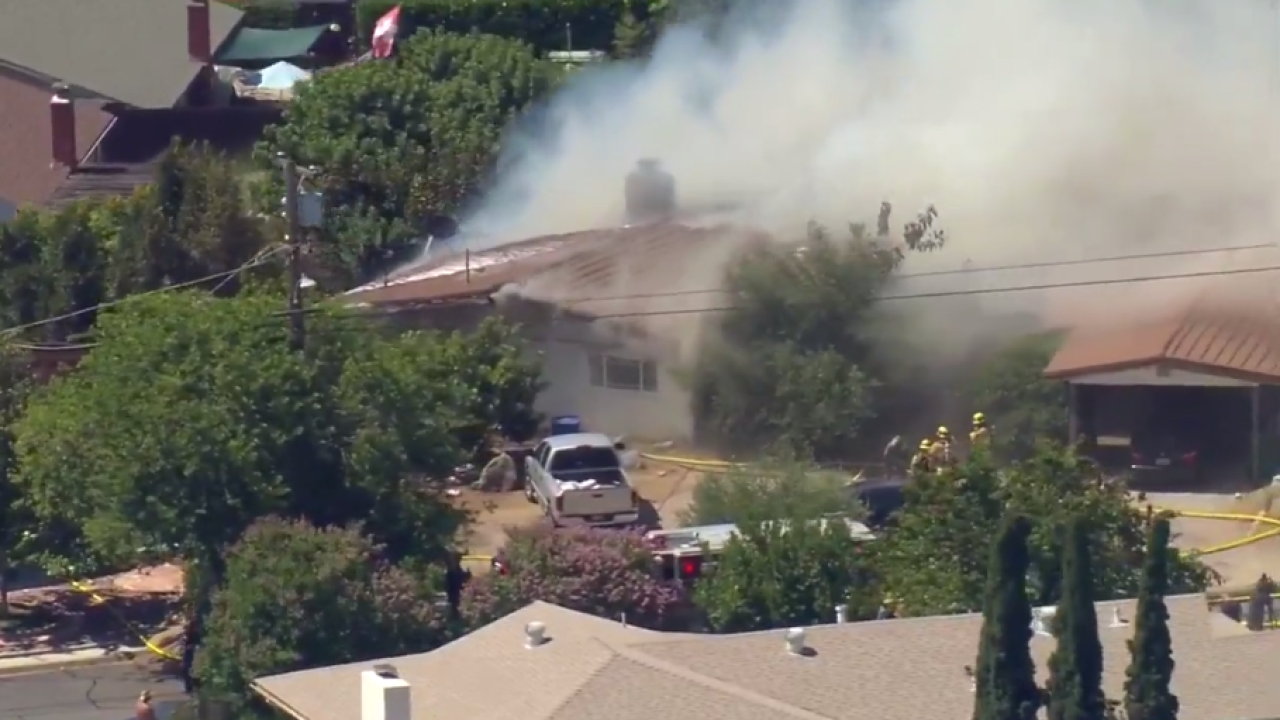 The fire started just before 3 p.m. at 1660 Via Elisa at the home's master bedroom and back deck area, according to the Sheriff's Department.

While it appeared the fire was most likely accidental, investigators said evidence "consistent with a THC butane oil extraction lab" was discovered.

A followup investigation was ongoing as of Thursday.

SDSO said no one was hurt in the fire, but two dogs, that may have been service canines, were killed.