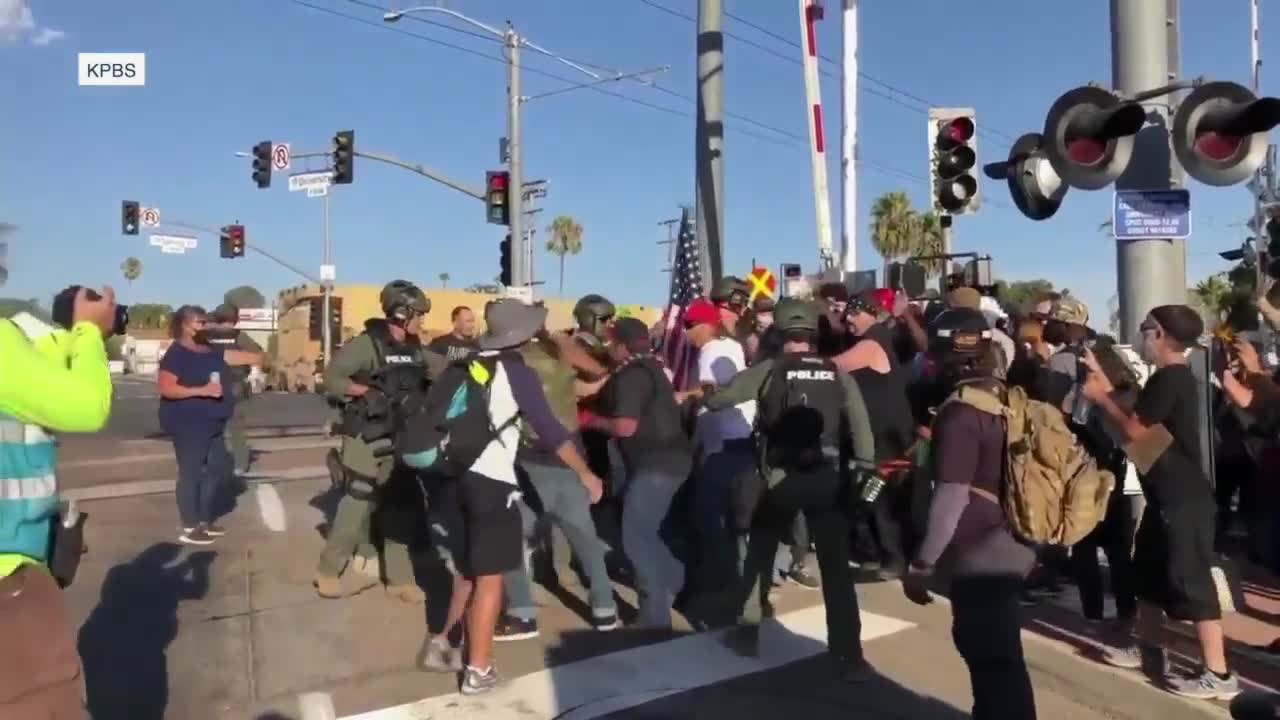 Demonstrators gathered at La Mesa City Hall on Saturday to demand justice for women of color, as police issued an order banning certain items in areas around the La Mesa Civic Center. 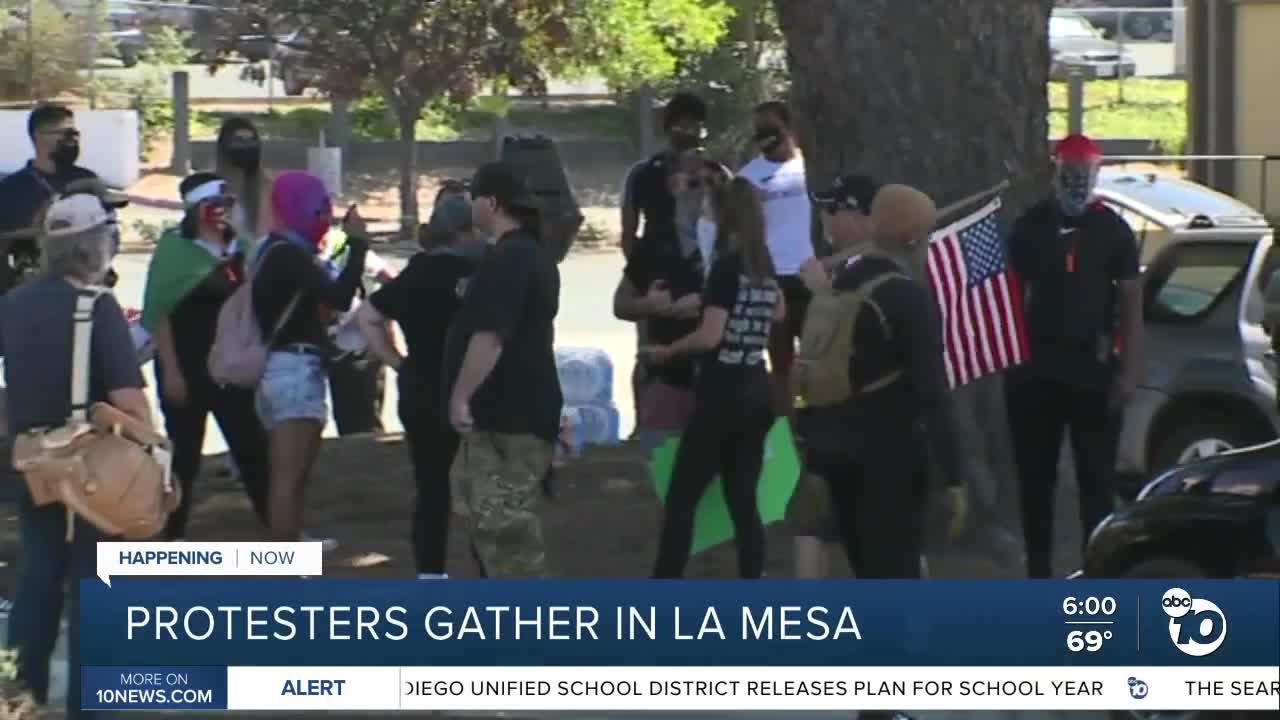 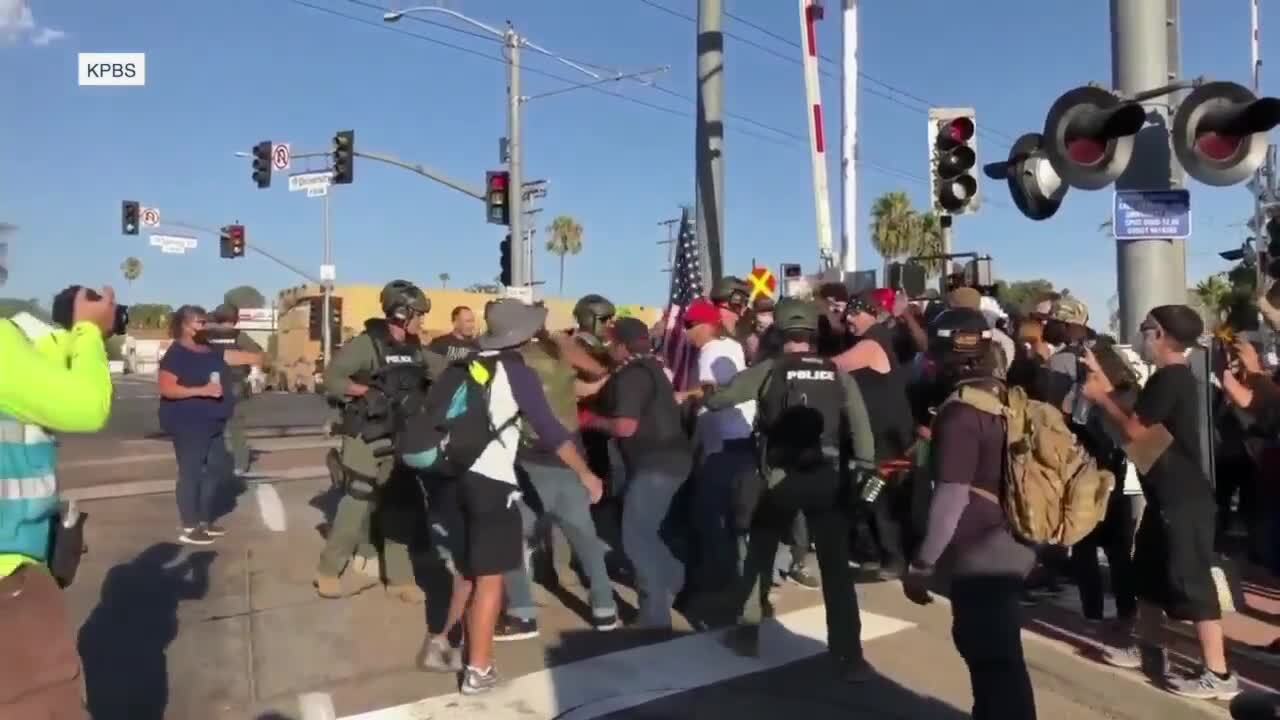 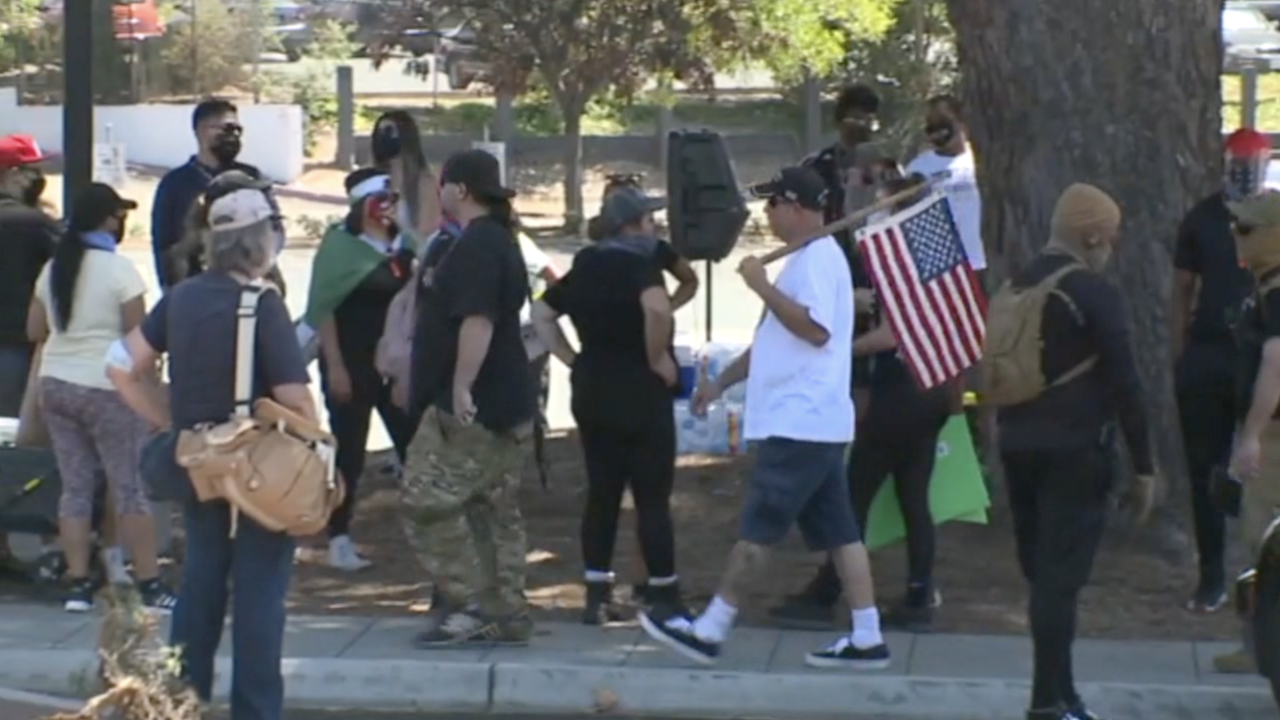 The "We Demand Justice For Our Women Of Color" event called for justice for Breonna Taylor, killed by Louisville police officers in March, and Vanessa Guillen, a soldier at Fort Hood, in Texas, who was killed by another soldier in April, according to a flyer for the event.

About 300 demonstrators gathered for the event, according to La Mesa Police. Police said many were gathered in a parking lot at Date Ave. and Allison Ave. near City Hall, before marching southbound from the location. A large group also gathered at the VFW lot at 8118 University Ave. and several groups were reportedly in the area on foot and in vehicles, police added.

An ABC 10News photographer captured video showing a separate group of demonstrators with American and "Trump 2020" flags gathering as well. Police said many members of the group identified themselves as part of the “Defend East County” group.

Police said that there were several physical altercations between the two groups as one group marched past the VFW. At least one arrest was made: Ryan McAdams, 35, of Jamul, was arrested on charges of battery and possession of pepper spray, as well as a probation violation, according to LMPD.

City Councilwoman Dr. Akilah Weber told ABC 10News that she witnessed one scuffle, but saw protesters stop it before it became worse.

"Some of the members from the protest group jumped in between that one protester and the group of counter-protesters that were going back and forth and reminded the protester that's not what they were there for," Weber said. "They were not there to cause any harm to any residents to any businesses. Not really to disrupt anything but to just get the message out."

There was also a minor altercation at the corner of Baltimore Dr. and University Ave., but it was broken up without further incident.

LMPD says Chief Walt Vasquez met with organizers for both groups and notified them that officers are there to facilitate a safe event and asked for their cooperation to do so. A heavy law enforcement presence kept both groups separated throughout the day.

"I would like to thank the organizers of all of the groups in attendance tonight for their efforts to ensure a successful event for all involved. I wholeheartedly support the citizens’ right to peacefully exercise their first amendment rights, and the men and women of the La Mesa Police Department are here to support that. I would also like to thank the numerous law enforcement partners from around the county, as well as Heartland Fire, for assisting us tonight," Vasquez said in a release after the protest.

At 10:30 p.m., police said that most of the demonstrators had left the area. No major injuries were reported.

Ahead of the event, LMPD issued a Temporary Area Restriction (TAR) prohibiting certain items near the La Mesa Civic Center area. The items were banned from the area surrounded by University Ave., Spring St., and Allison Ave. The city said anyone violating this order would be prosecuted.

The police department said that it had, "made numerous attempts to communicate with organizers of the protest and march so we can work together to ensure a safe environment where their voices can be heard. Unfortunately, all attempts to contact the organizers have been unsuccessful."

The order comes more than a month after the city experienced rioting in areas of La Mesa after a peaceful protest outside the city's police department turned violent.