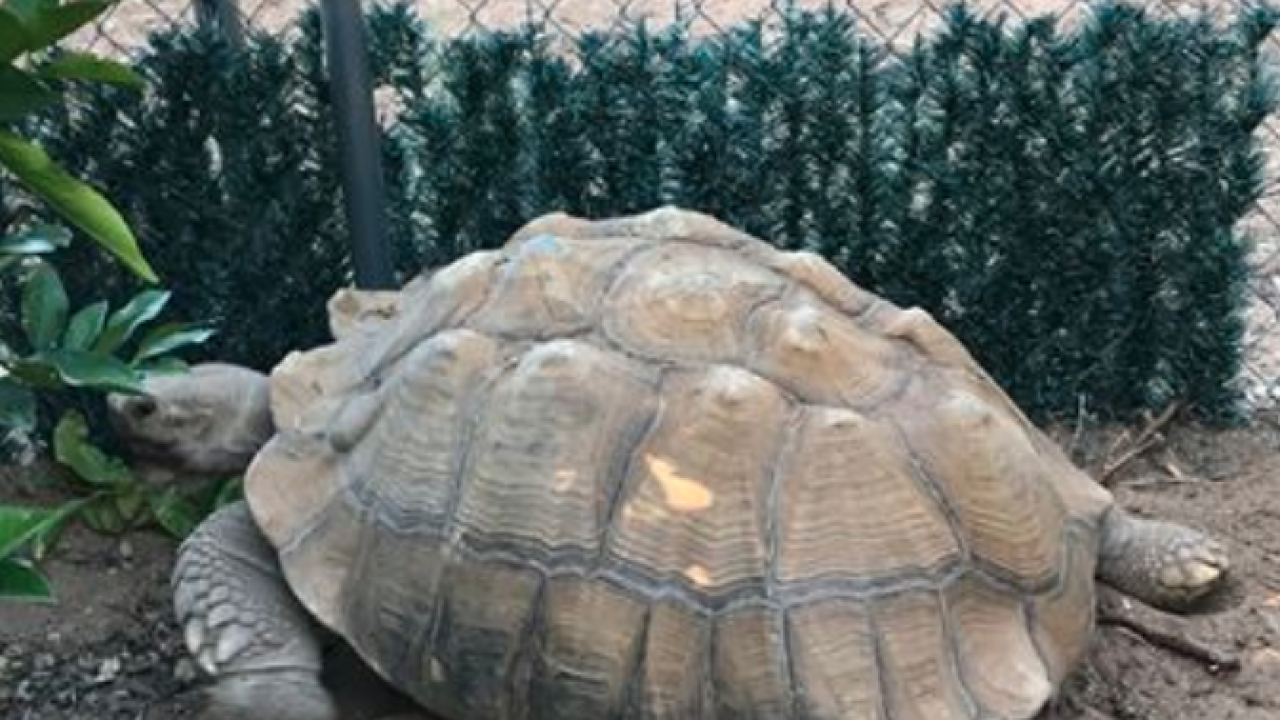 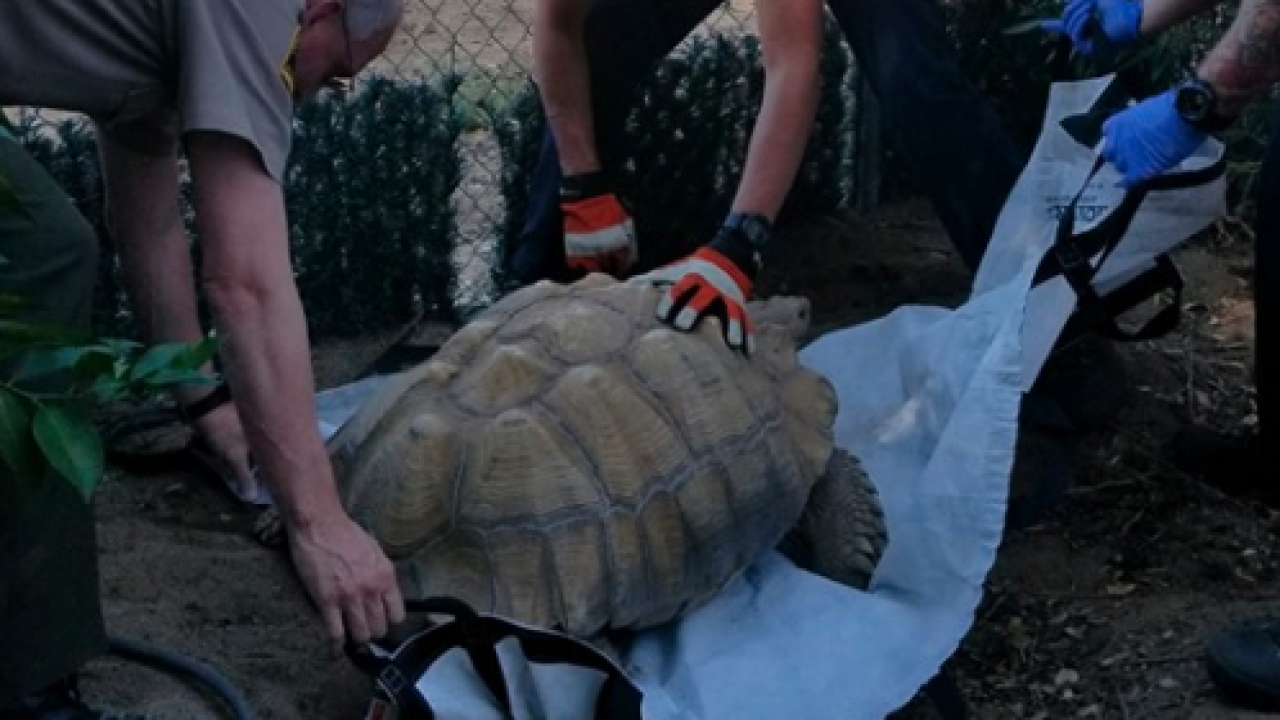 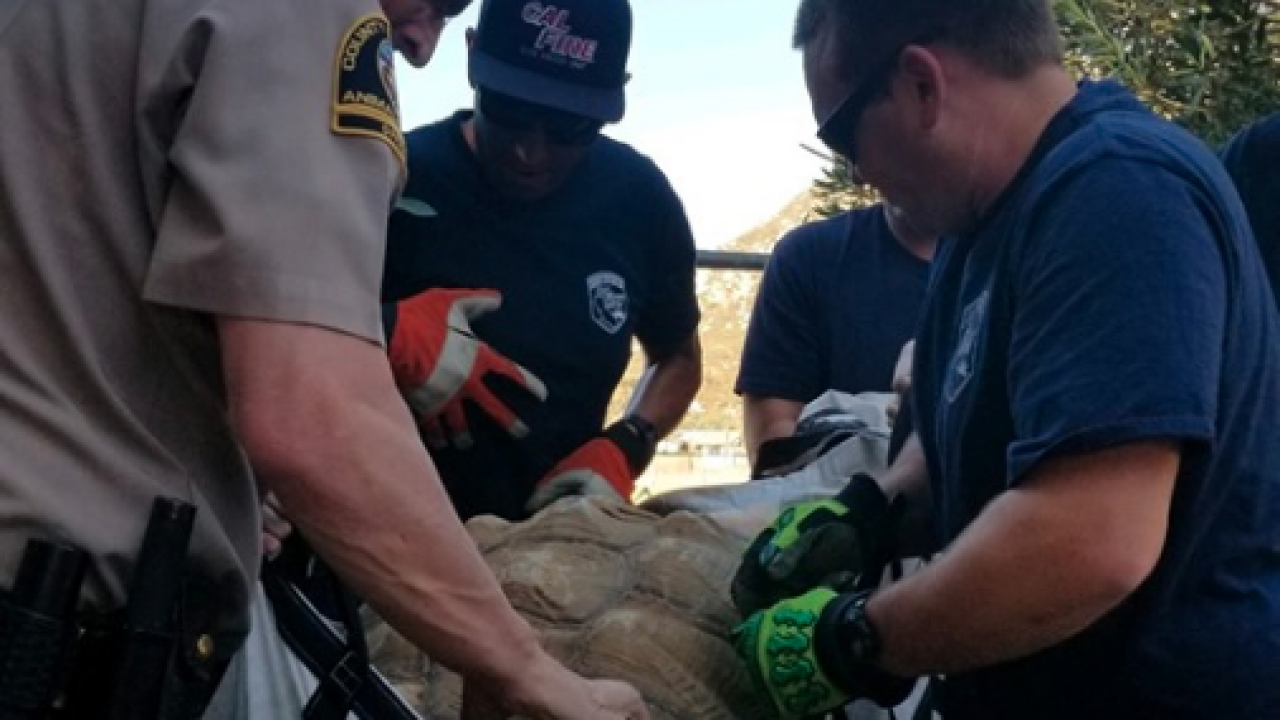 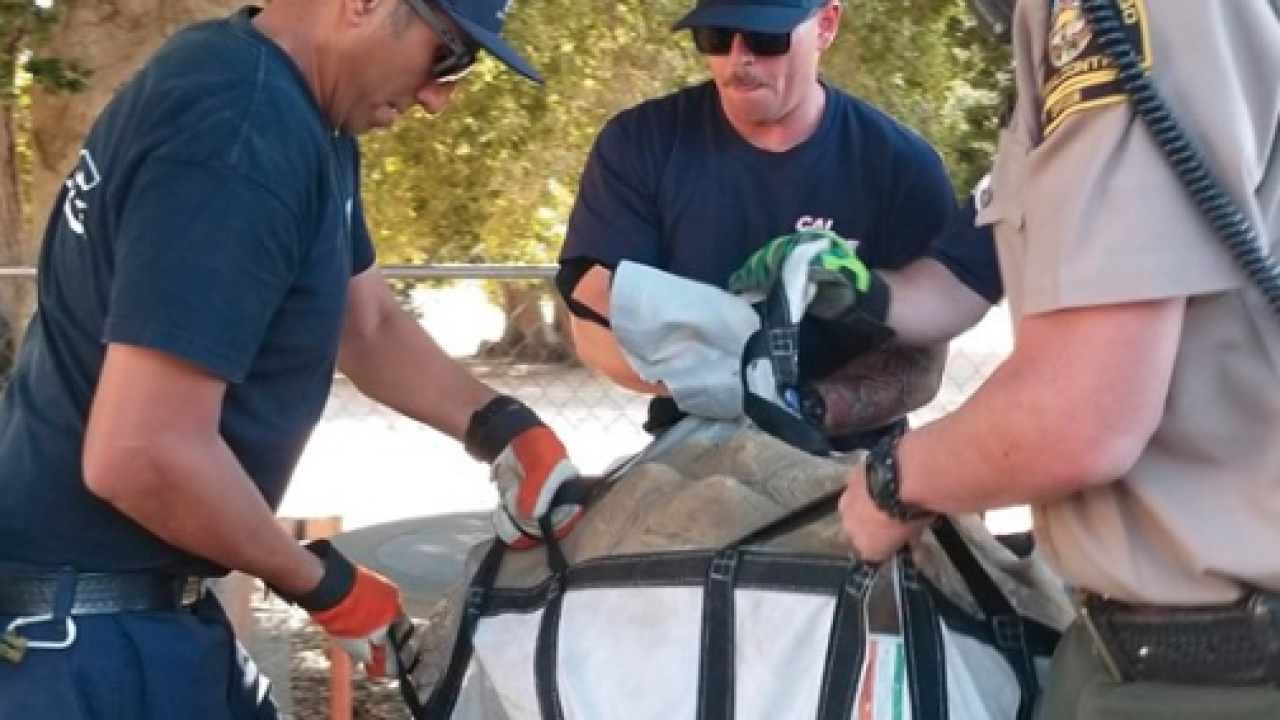 A wayward tortoise was found by the resident on Buckman Springs Rd. in Campo Friday. A San Diego County Department of Animal Serivces officer responded to the report but immediately realized he would not be able to lift the animal on his own.

A Cal Fire crew arrived to help get the tortoise out of the yard, coaxing it onto a stretcher and then lifting the heavy reptile into an Animal Services vehicle.

The tortoise was then taken to the department's Bonita shelter.

While it's unclear how the massive animal ended up in the East County yard, Animal Services said someone called soon after the catch to report it may have been their tortoise, aptly named "Tank." They eventually came to claim Tank, according to Animal Services Director Dan DeSousa.