30-acre brush fire breaks out along I-8 near Boulevard 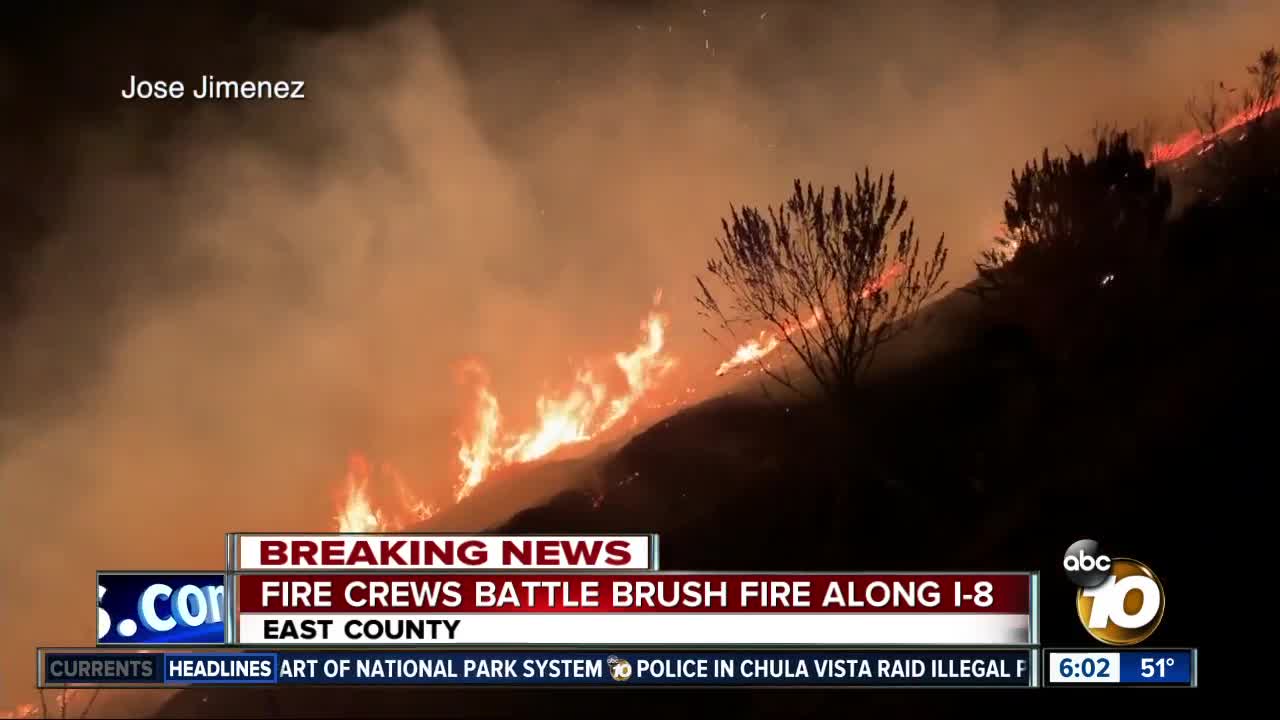 Firefighters worked quickly to stamp out flames from a brush fire along Interstate 8 in the East County Saturday.

BOULEVARD, Calif. (KGTV) — Firefighters worked quickly to douse flames from a brush fire along Interstate 8 in the East County Saturday.

The Crestwood Fire ignited near Old Highway 80 at Tierra Del Sol Road, and grew to 32 acres, according to Cal Fire San Diego. Crews were able to hold the fire at Old Highway 80.

No structures were damaged or threatened, though six homes were evacuated. No injuries were reported.

About 25 engines, eight hand crews, and two dozers were called out to the fire.

A stretch of Old Highway 80 in the area and the number two lane of I-8 were closed, but have since reopened.