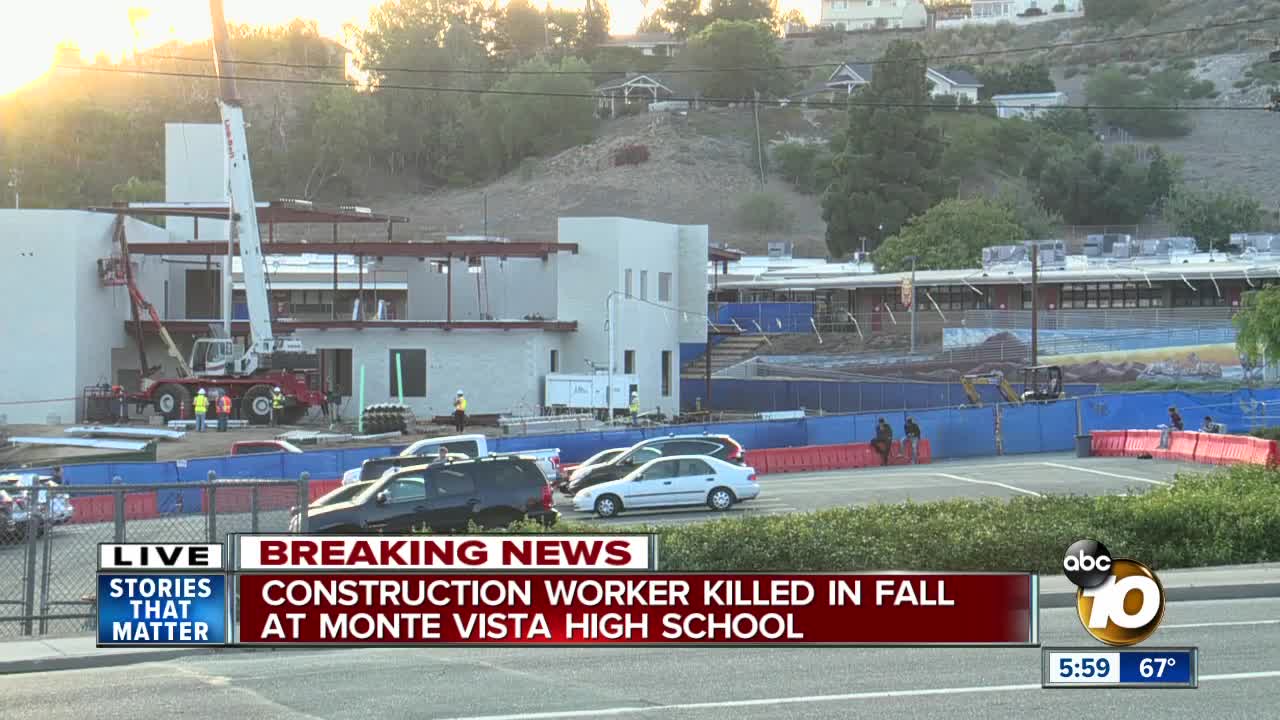 A construction worker was killed in an accident at Monte Vista High School hours after the topping out of the school's new multi-use facility. 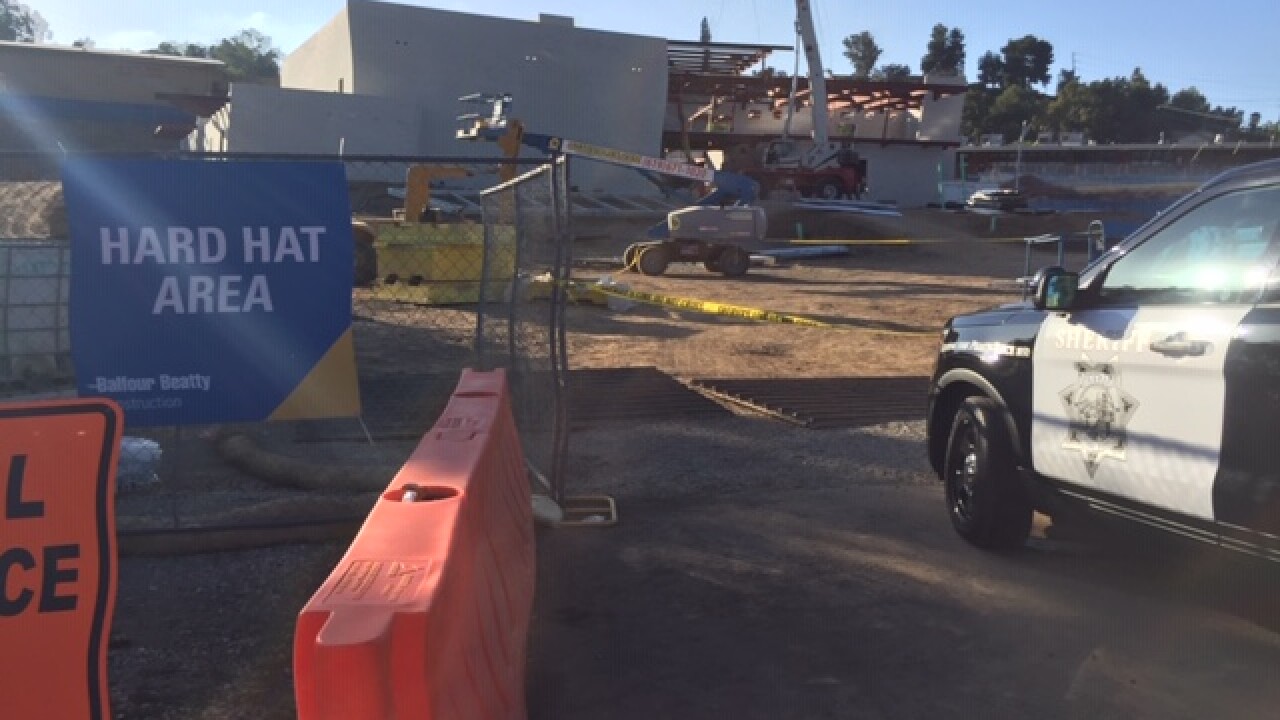 SPRING VALLEY, Calif. (KGTV) — A construction worker was killed in an accident at Monte Vista High School hours after the topping out of the school's new multi-use facility.

According to the San Diego County Sheriff's Department, the accident happened just before 2 p.m.

Deputies say the 30-year-old man fell from a beam attached to a 30-foot platform.

Deputies and emergency responders performed first aid on the construction worker, but he later died after being taken to the hospital.

A second worker was also injured and taken to the hospital, but their condition is unknown at this time, according to the school district.

CA-OSHA is investigating the incident and crisis counselors will be made available at the school Thursday.

The Grossmont Union High School District released the following statement after the incident:

The Grossmont Union High School District expresses its deepest condolences to the family, friends and coworkers of an ironworker who passed away from injuries sustained while working on a new Event Center construction project at Monte Vista High School. A second worker was also injured and was transported.

No students or staff were involved in the accident. The construction site will remain secured until the investigation is complete.

The District is cooperating with all of the involved agencies and project partners.

We thank our friends and partners at the San Diego County Sheriff’s Department and San Miguel Fire and Rescue for their swift response to this tragedy.

Crisis counselors will be available on scene for students, staff and construction workers as needed.

Wednesday morning, Monte Vista High celebrated the topping out of the $17.4-million project, where the highest beam was hoisted into place on the project.

The center is set to be completed in summer 2020. The new facility will be used as an event center, black box theater, music classroom, outdoor stage with amphitheater-style seating, and more.

Funds from Proposition U and Measure BB were used for the center.