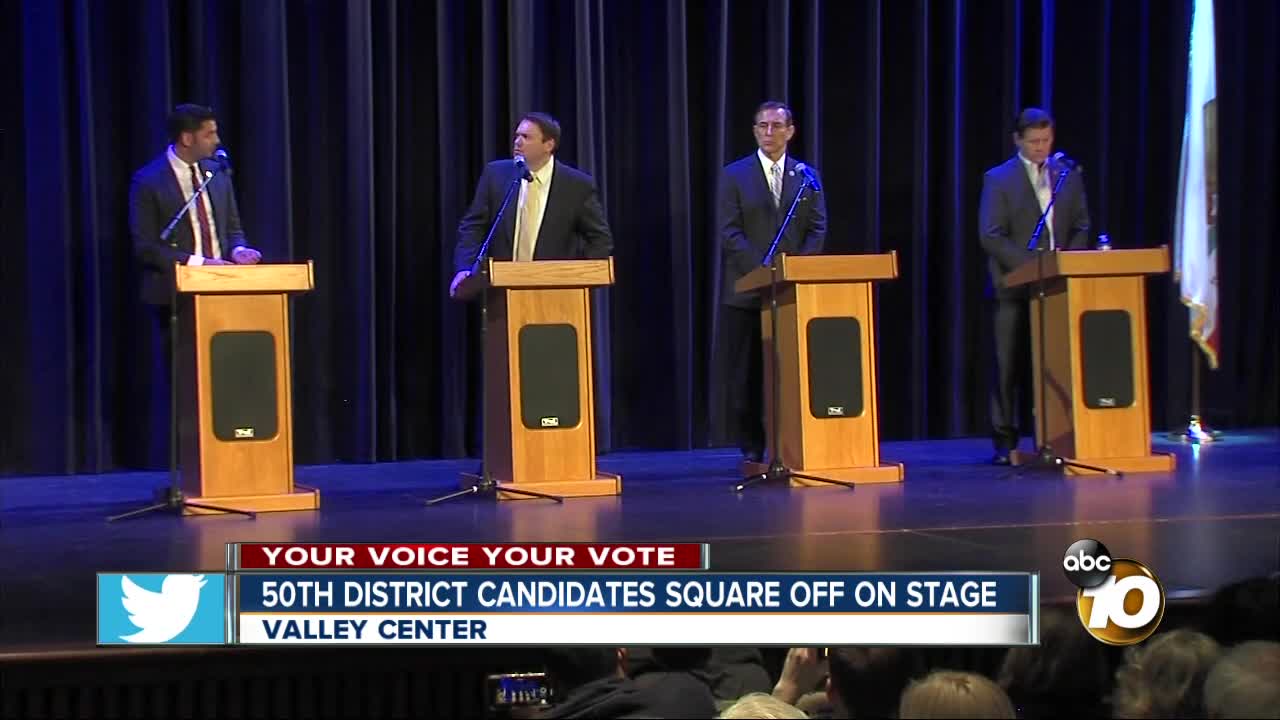 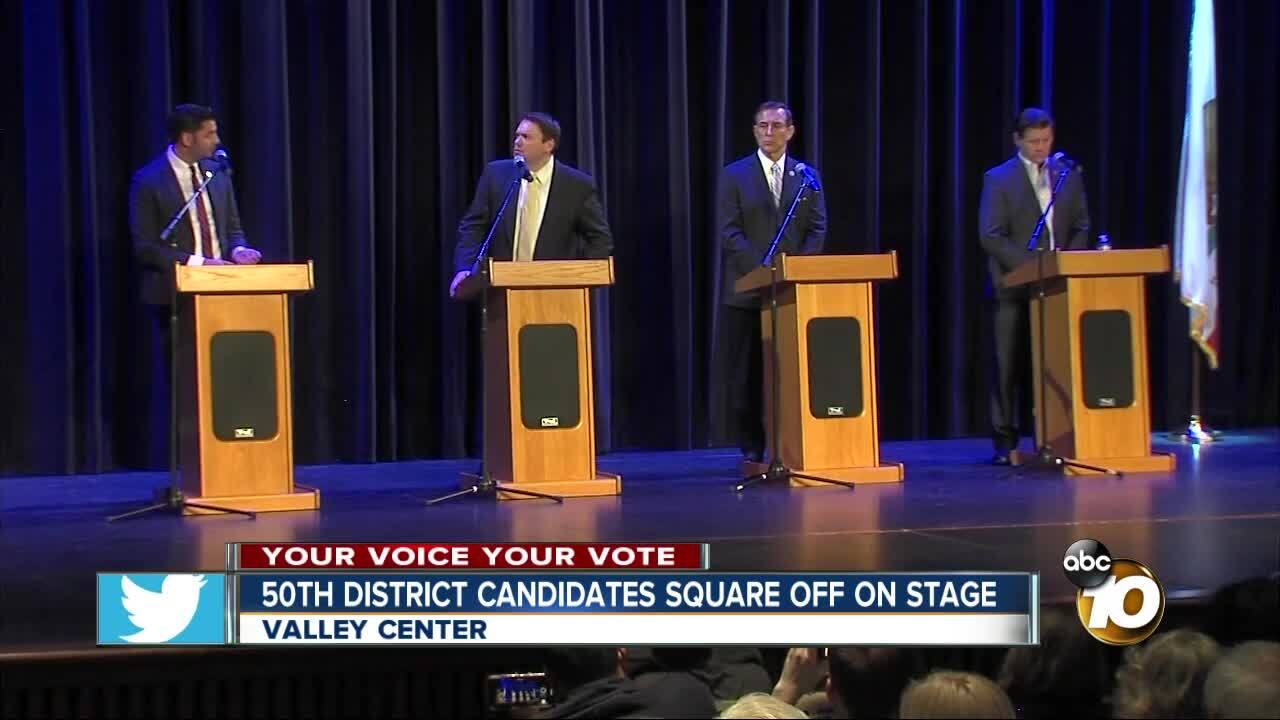 The candidates got a wide range of questions, ranging from immigration issues, climate change, cost of living, social security, and health care.

On immigration, the candidates addressed security and undocumented immigrants.

"Getting people to come out of the shadows and take responsibility is the right thing to do," Campa-Najjar said.

"We have to reward the people that come here legally," Jones told the crowd.

When asked to discuss the cost of living though, Republicans were united in blaming Sacramento, with Campa-Najjar taking aim at the federal government.

But the issues didn't stop the candidates from engaging in some fiery exchanges on stage.

"Carl here has run as an openly gay Republican many times, there's not a secret there," Issa said, addressing his televised ad that appears to emphasize DeMaio's sexuality. The ad has drawn criticism from the local GOP party chair.

RELATED: Issa stands by ad ripped by his own party

"1990 called, they're asking for their campaign practice back," DeMaio told Issa.

A 10News/Union-Tribune scientific poll released last month showed Campa-Najjar leading the field with 26 percent of the vote, followed by Issa with 21 percent, DeMaio at 20 percent, and Jones with 12 percent.

The California Primary is March 3.