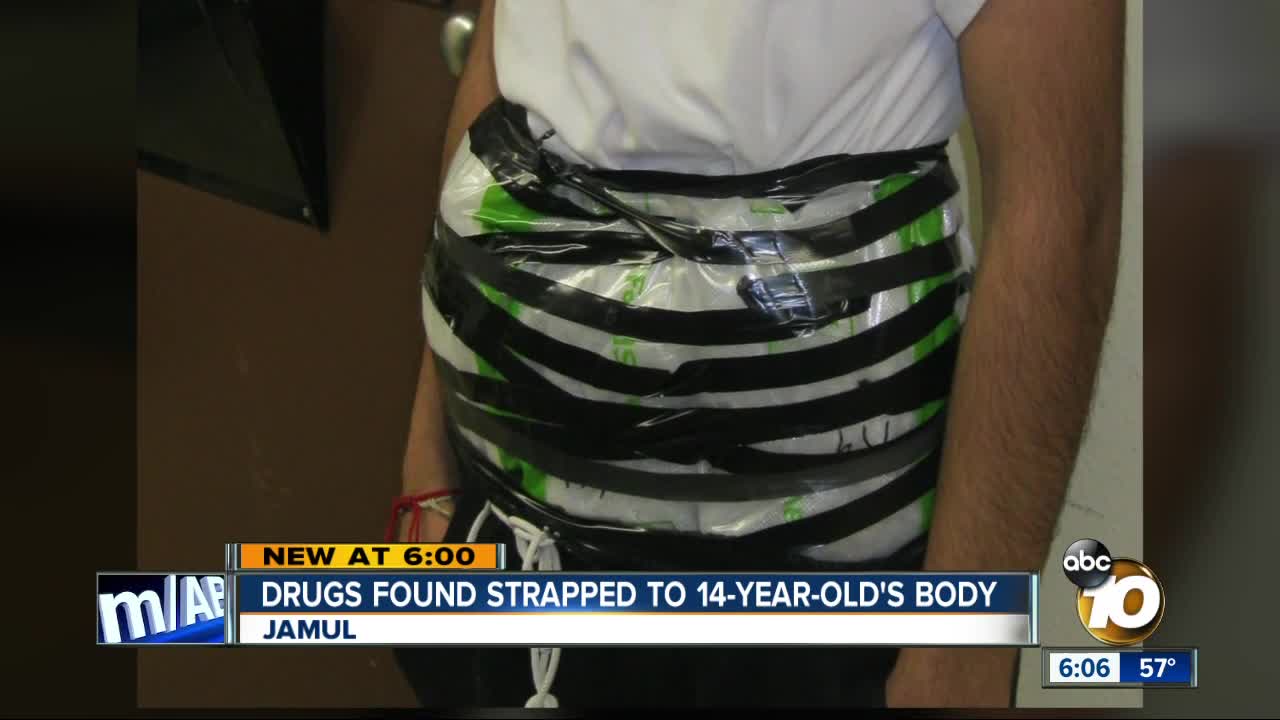 Four people were arrested after a 14-year-old was caught smuggling crystal meth through an East County checkpoint. 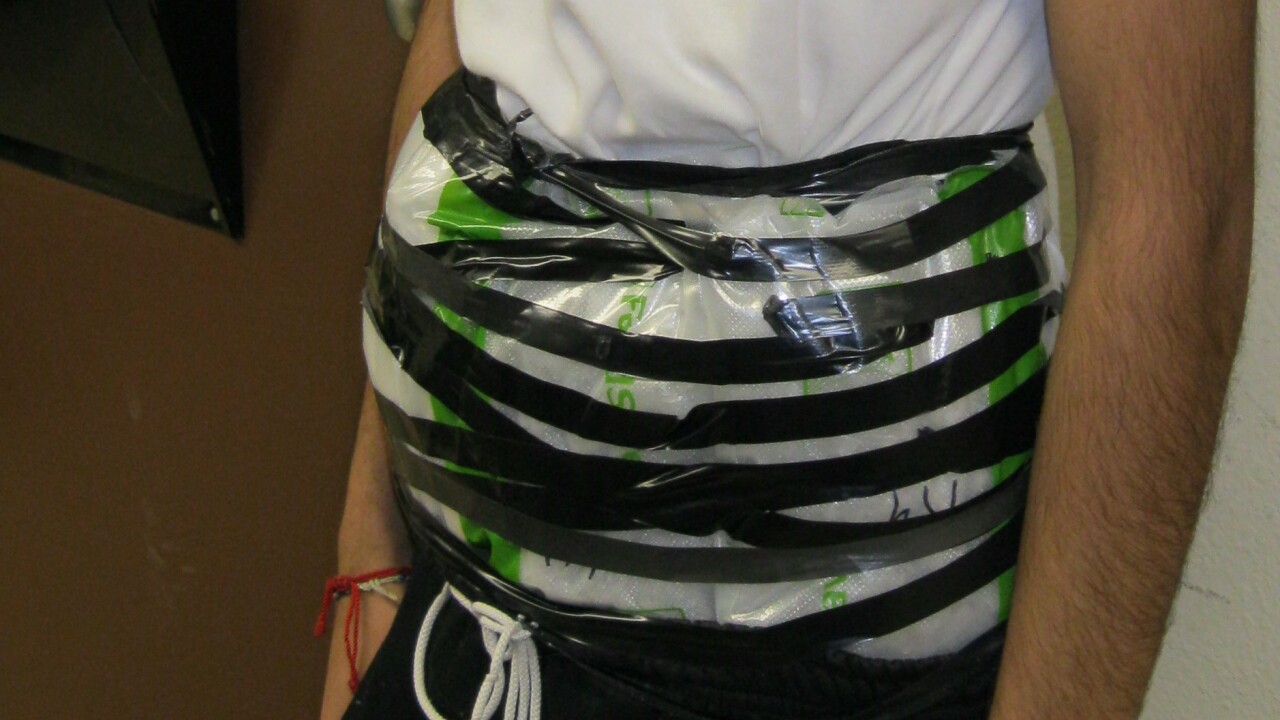 JAMUL, Calif. (KGTV) — Four people were arrested after a 14-year-old was caught smuggling crystal meth through an East County checkpoint.

The boy had three bundles of methamphetamine strapped to his body underneath his clothing as he traveled through a State Route 94 checkpoint on Monday night, according to U.S. Customs and Border Protection. A border K9 patrol of the vehicle during questioning alerted agents to the narcotics.

During questioning of the 14-year-old and three other people in the vehicle, a second inspection with K9s was performed. The agents says they found three backpacks in the rear of the vehicle, containing 49 plastic-wrapped packages. The backpacks contained about 50 pounds of methamphetamine.

The driver, a 34-year-old U.S. citizen, was arrested along with a 16-year-old US citizen and two Mexican national ages 14 and 16. Border agents seized the vehicle and turned over the narcotics and individuals to officers with the High Intensity Drug Trafficking Area task force.