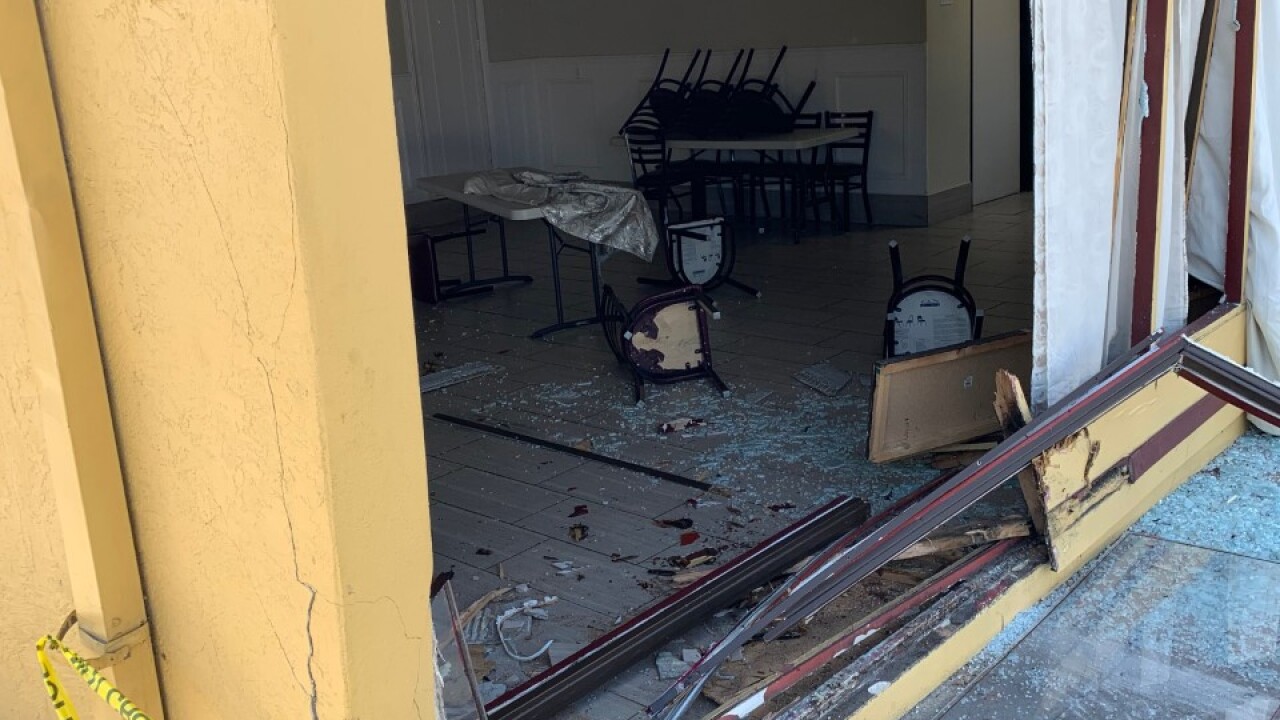 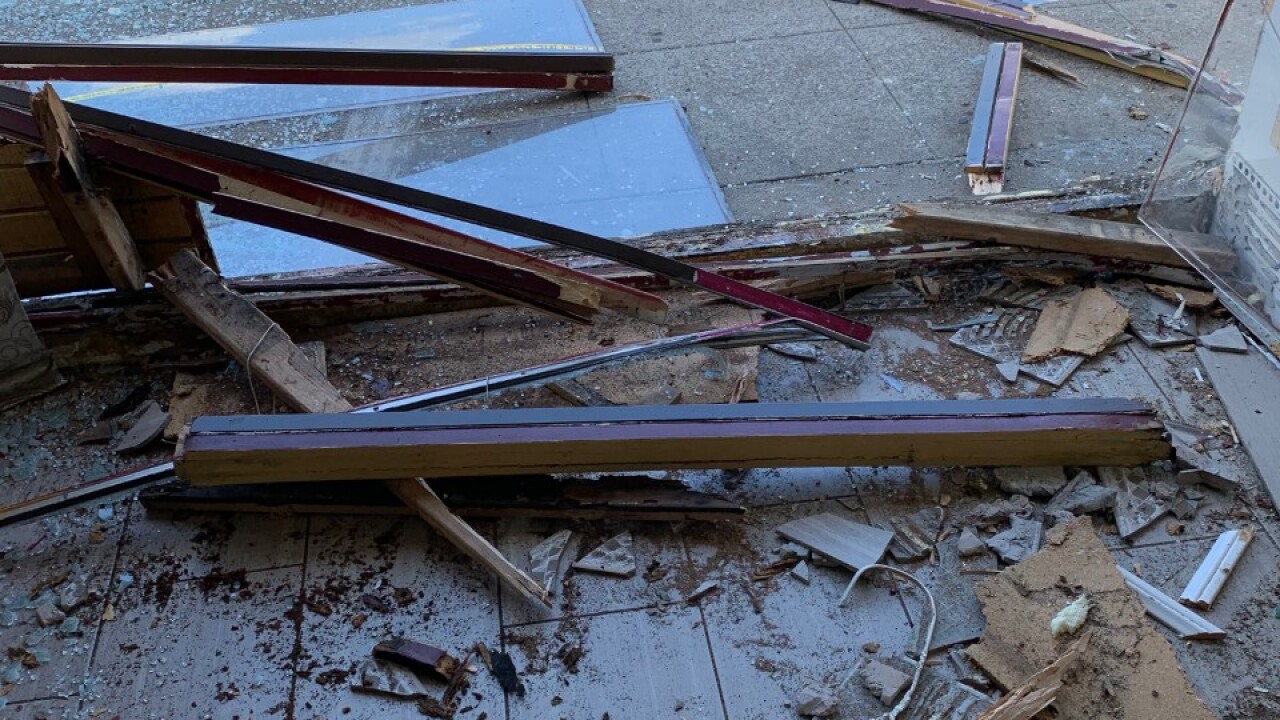 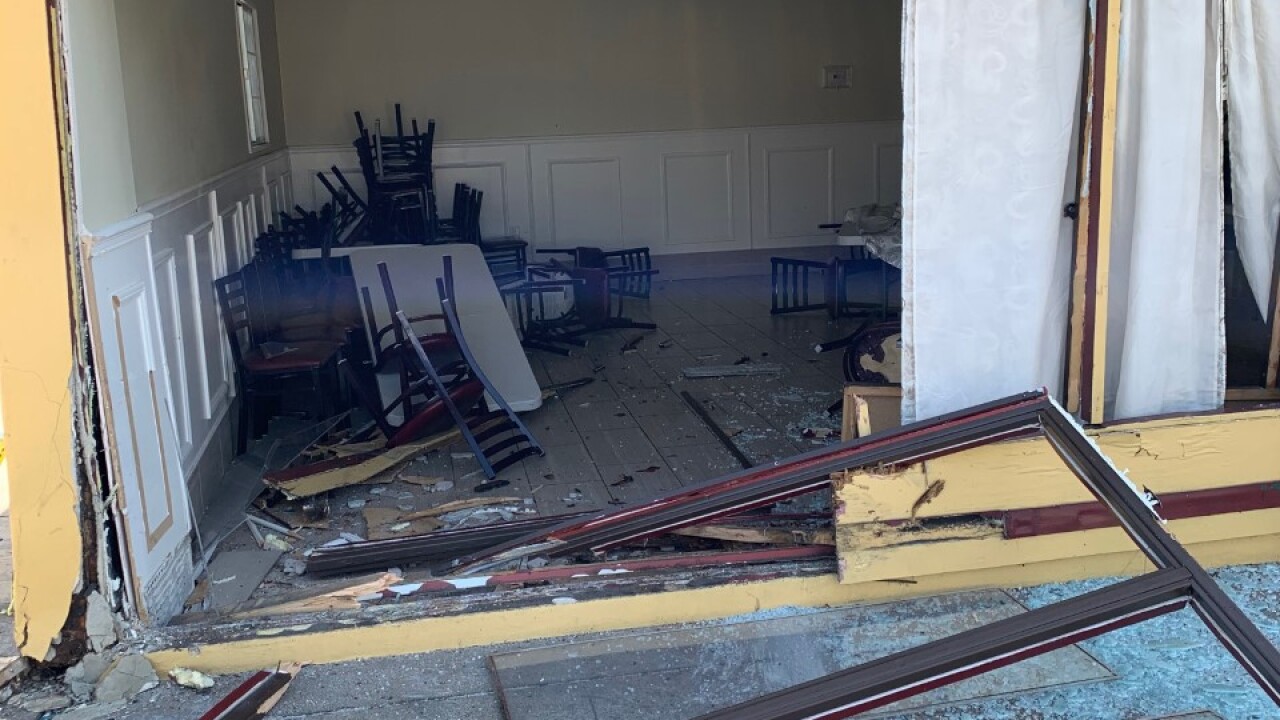 EL CAJON, Calif. (KGTV) — A vehicle crashed into an East County restaurant Wednesday, before the driver fled on foot and left behind a massive mess.

The vehicle careened through the Ali Baba restaurant at 421 E. Main St. before 2:30 p.m., before the driver fled the scene a short distance to park the vehicle and continued to flee on foot, according to El Cajon Police.

No one in the building was injured, but photos from Thair Behnan, the manager of the restaurant, showed a massive mess of shattered glass and wall.

The suspect was described as a Hispanic male, wearing a white shirt, and jeans.

Anyone with information on the incident or who locates the suspect is asked to call El Cajon Police at 619-579-3311.