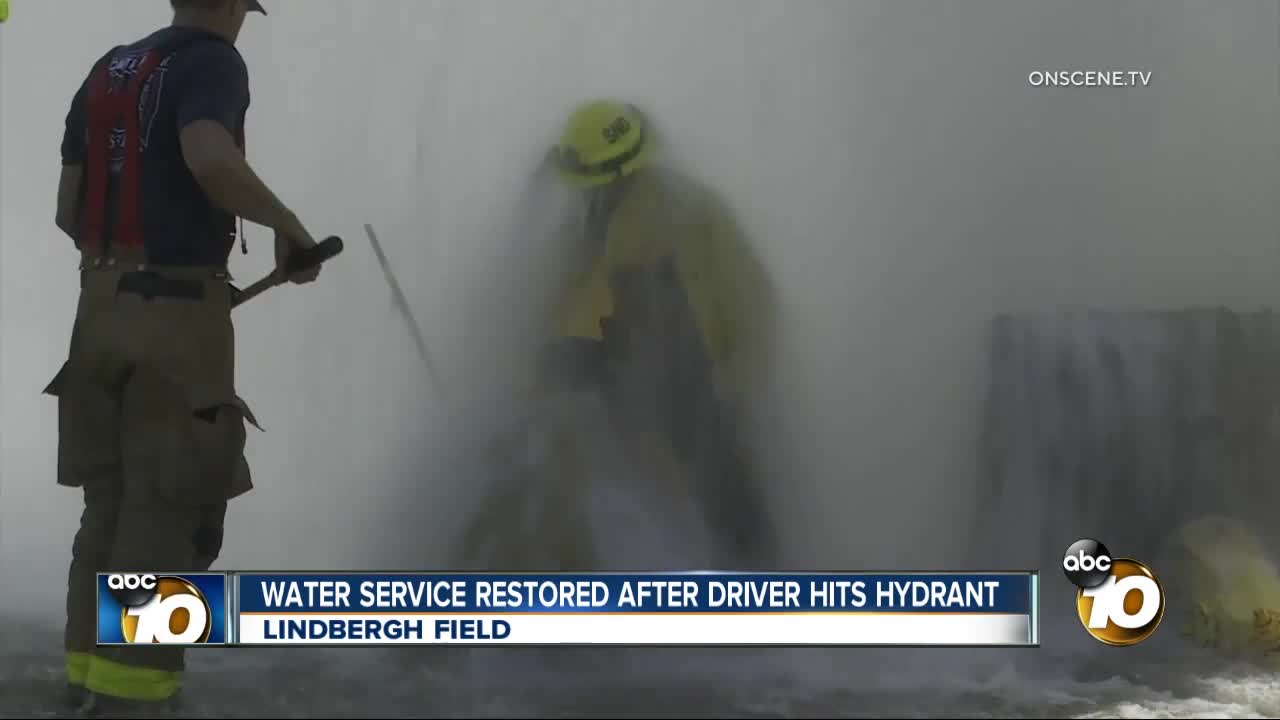 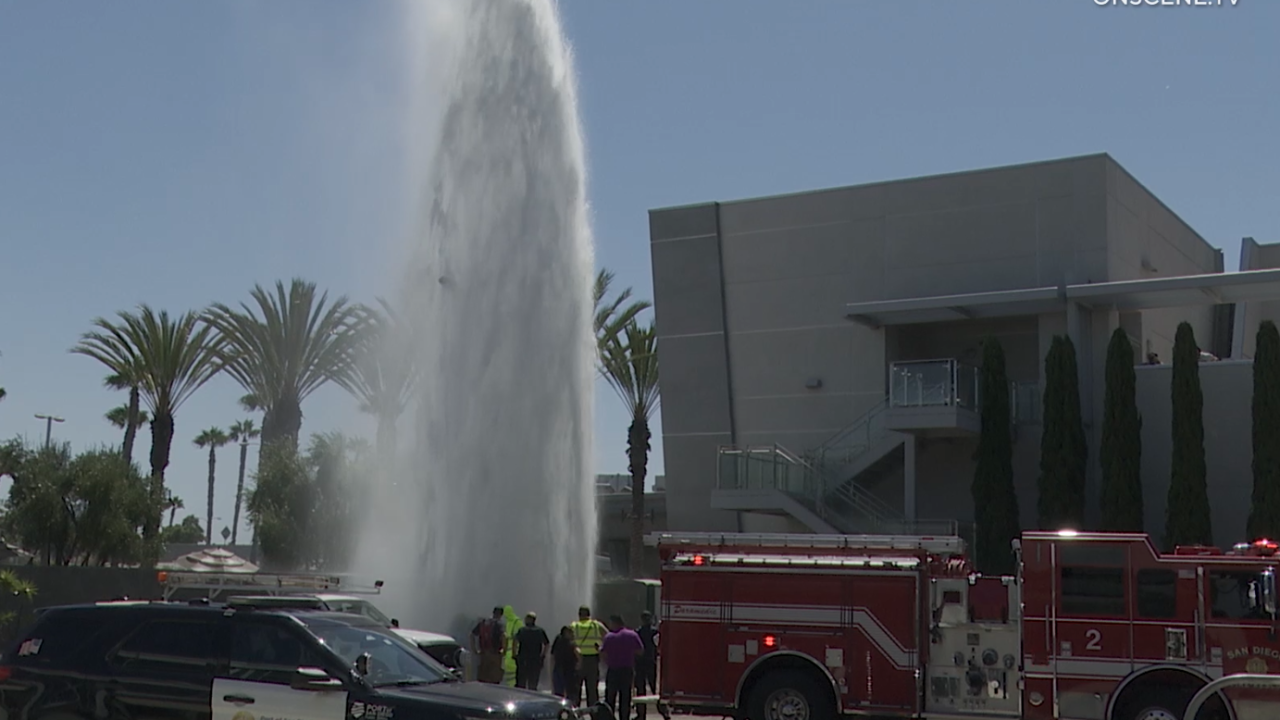 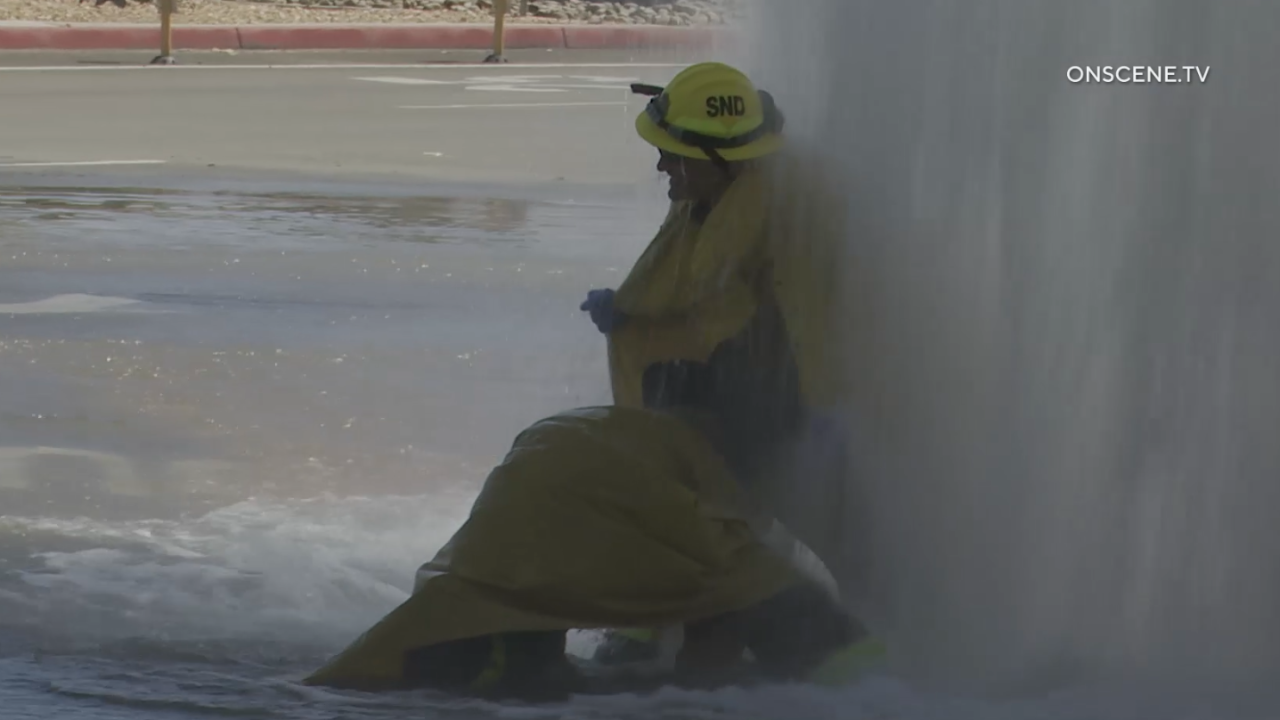 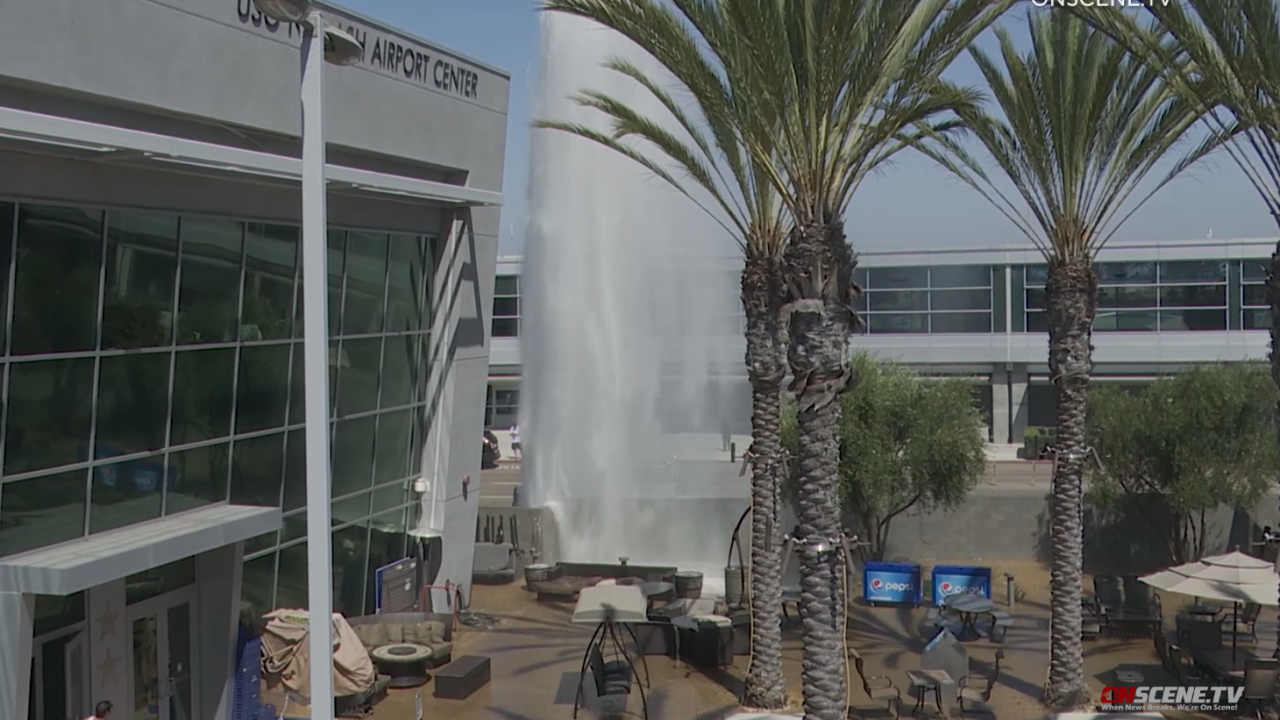 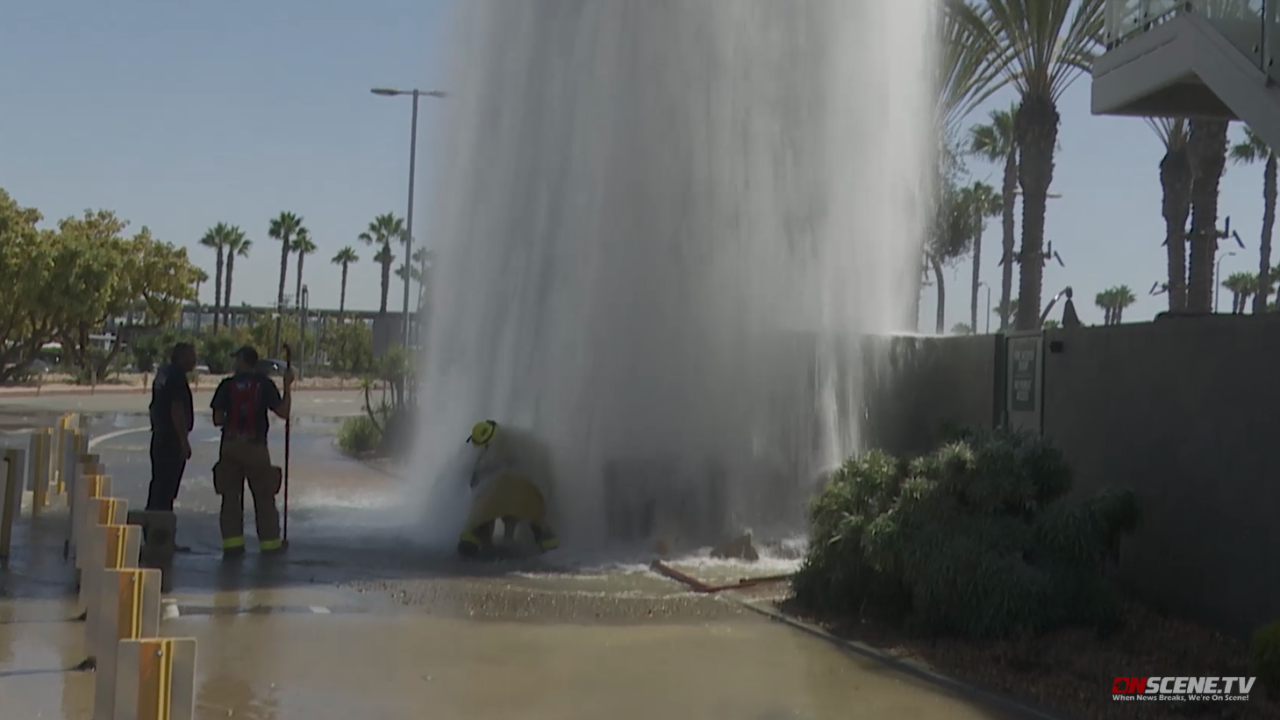 SAN DIEGO (KGTV) — A driver struck a fire hydrant outside San Diego International Airport Saturday, causing water to rocket into the sky outside Terminal 2 and headaches inside the airport.

At one point, vehicles backed up onto Harbor Dr. as drivers encountered the closure caused by the geyser, according to a witness.

Fire crews worked feverishly for about two hours, as gallons of water and kicked up rocks showered them below, before the water was turned off around 12:35 p.m.

UPDATE: Portable restroom facilities are being set up in Terminal 1 and Terminal 2 East until water can be turned back on. Please bear with us.

Concessions, restrooms, and all water service in Terminal 1 and 2 was temporarily shut off at about 1:30 p.m. due to the hydrant break, according to the airport.

The airport said it would bring in portable restrooms for guests and staff during the suspended water service. As of 2:10 p.m., water service in all terminals had been restored and facilities had been re-opened.

The San Diego Airport recommended Saturday travelers arrive and depart through Terminal 1 to avoid the area.