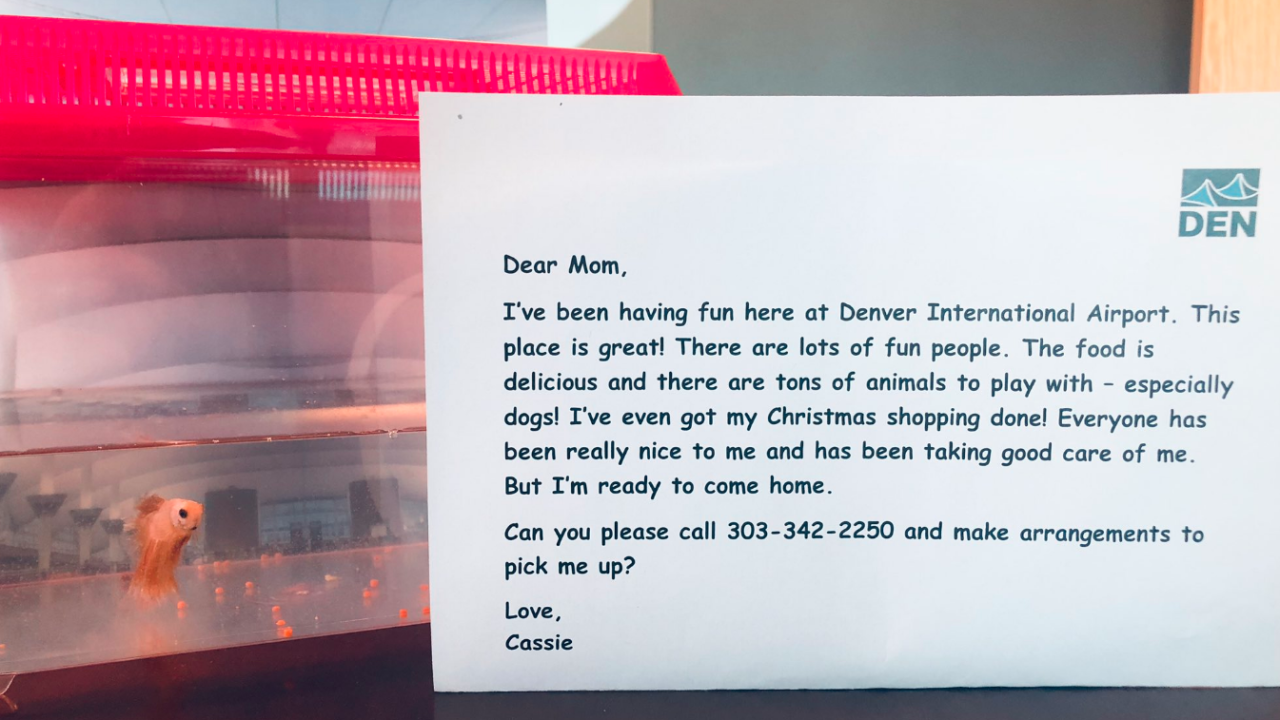 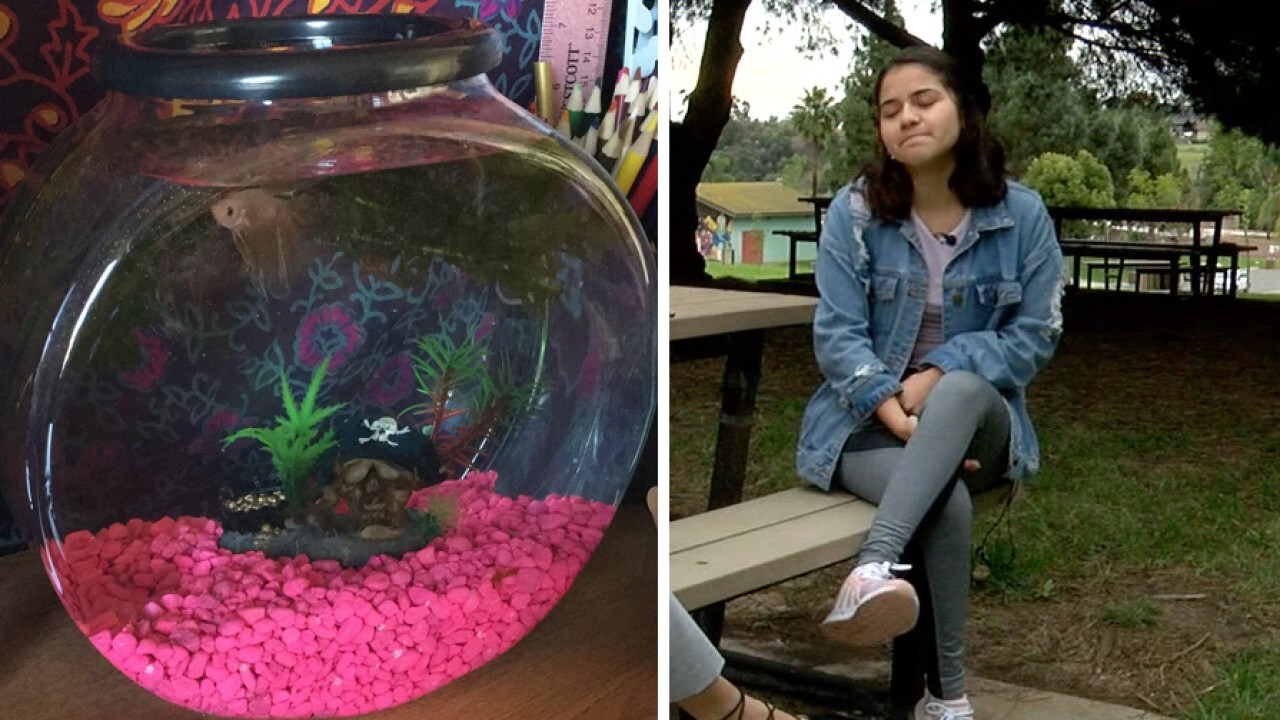 (KGTV) — A National City native will soon be reunited with her beloved pet fish after she was forced to abandon before a flight from Denver to San Diego.

Denver International Airport staff had been caring for "Cassie," a pink, male beta fish, after his owner, Lanice Powless, had to leave it behind last week.

"The fish was found at the airport last week by an airport employee and turned in to an information booth (as is common with lost and found items)," airport spokesperson Emily Williams said.

This just in: A Fish called Cassie. pic.twitter.com/mcjOCC8C32

A Southwest Airlines agent wouldn't allow Powless to board with the pet on Dec. 12, though the University of Colorado sophomore says she's traveled multiple times on Southwest successfully with Cassie.

Forced to leave the fish behind, Powless frantically sought a temporary home for Cassie after she says Southwest staff refused to allow the fish to stay at their counter for a friend to pick up. She eventually found a traveler on another airline that allows fish on board, but was never able to get her name.

Since then, airport staff has cared for Cassie, even putting together a holiday card for his "mom."

"Our great customer service team has been taking care of Cassie until we could reunite him with Lanice. We’ve been in touch with Lanice and she made arrangements to get him back," Williams said.

RELATED: National City woman forced to give up pet fish prior to Southwest flight

Powless got the fish as a freshman at college. She admits she was lonely and wanted a pet and considered getting a dog or cat. But her mother convinced her that a fish would be a better fit. She got Cassie at the local Petco, but did not realize she would end up falling in love with him.

"Everyone's laughing at me. Yes, it's a fish. I know. But dang, it was my pet. And just because it wasn't a cat or dog, it wasn't as important?" Powless told 10News.

A Southwest Airlines spokeswoman told 10News airport staff, in this case, followed protocol. She added staff offered Powless a later flight to make arrangements for her fish, but said she did not take the offer.