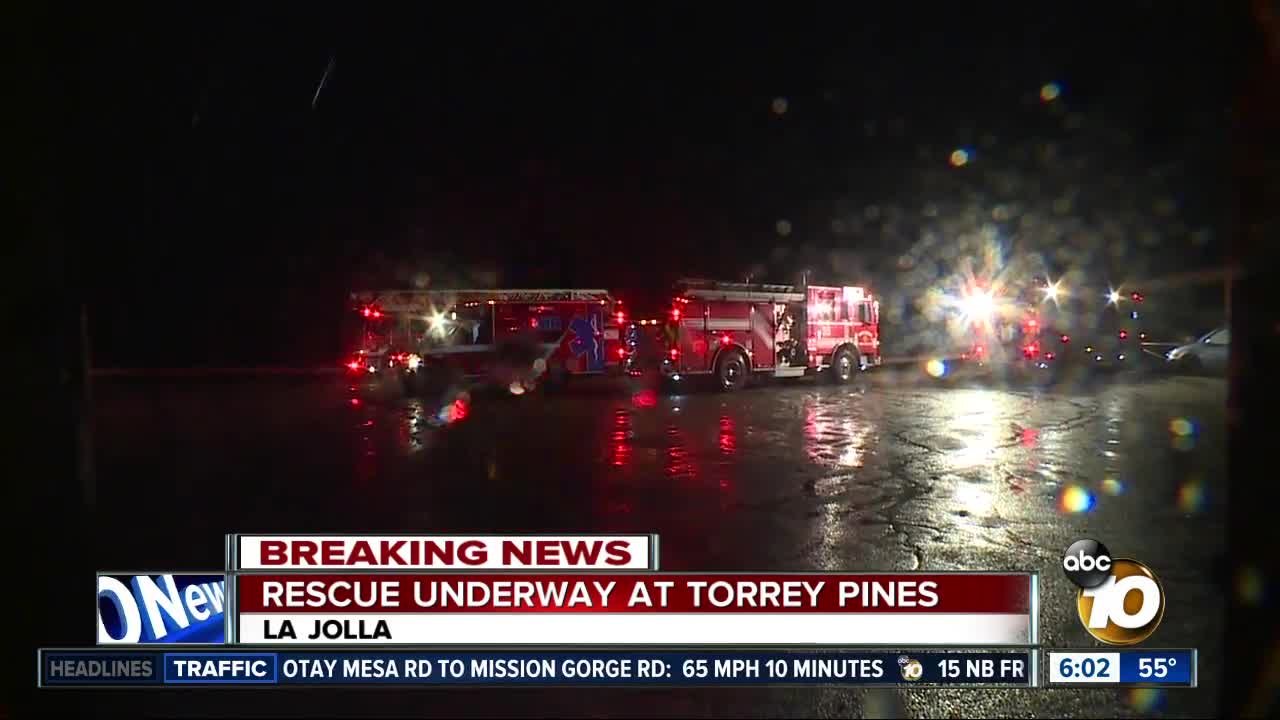 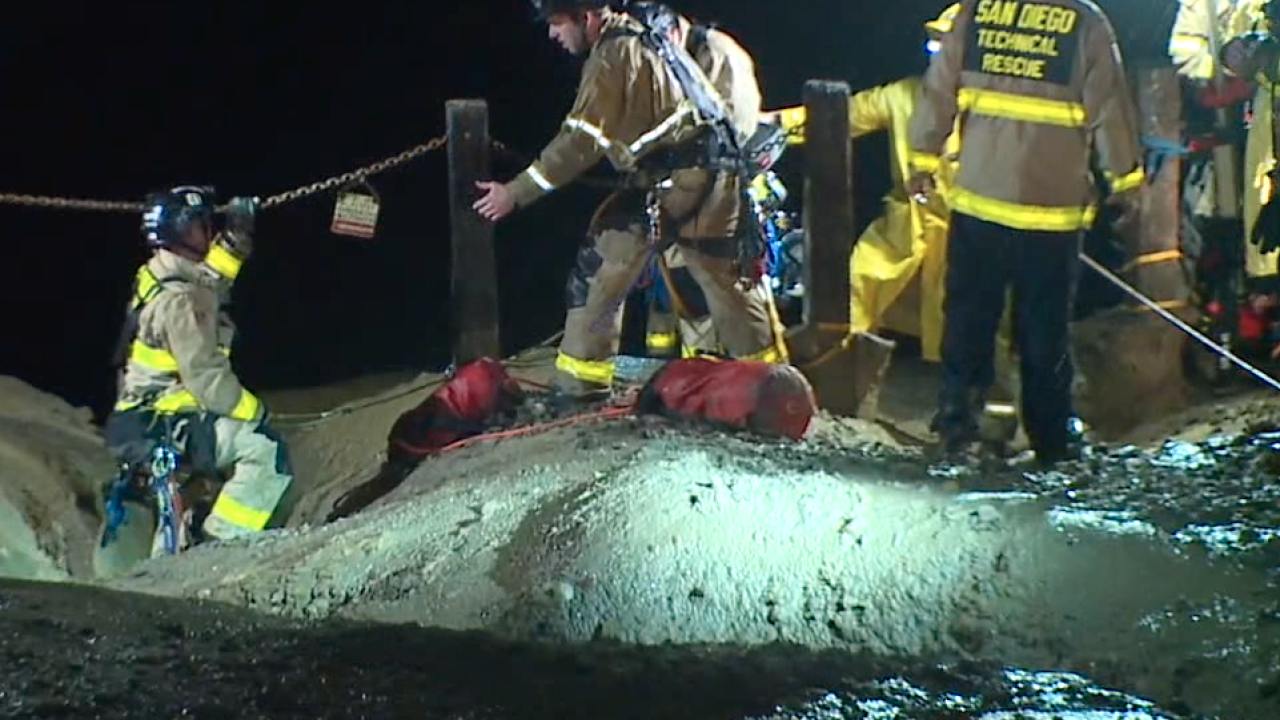 SAN DIEGO (KGTV) — Two people hiking early Saturday at Torrey Pines had to be rescued from treacherous conditions as rain muddied the coastline.

The couple in their 20s was hiking on Indian Canyon Trial when they called 911 around 3:30 a.m. after they found they could not make their way back up the trail due to the rain, San Diego Fire-Resuce crews on scene said. The couple was about 30-40 feet down when they became stuck, according to SDFD.

Crews had an extremely difficult time making their way down to the couple by foot, slipping and sliding due to the muddy conditions.

Once rain and lightning cleared up in the area, a helicopter was brought in to help extricate the couple from the rain-soaked trail.

A man & woman had to be rescued from Torrey Pines - Indian Canyon Trail this morning. They got stuck when the rain came down while they were hiking around 3:30 AM. They had signs of hypothermia, but rescue crews say they’re doing OK. Crews say stay off the muddy trails today! pic.twitter.com/LnoPYkllOe

One victim couldn't move and was showing signs of hypothermia, according to crews on scene. The couple was eventually pulled up and no major injuries were reported.

The helicopter was brought back in to hoist a firefighter from the cliffs after staying behind due to the dangerous trail conditions.