Couple attacked by pit bulls while walking puppy in Ramona 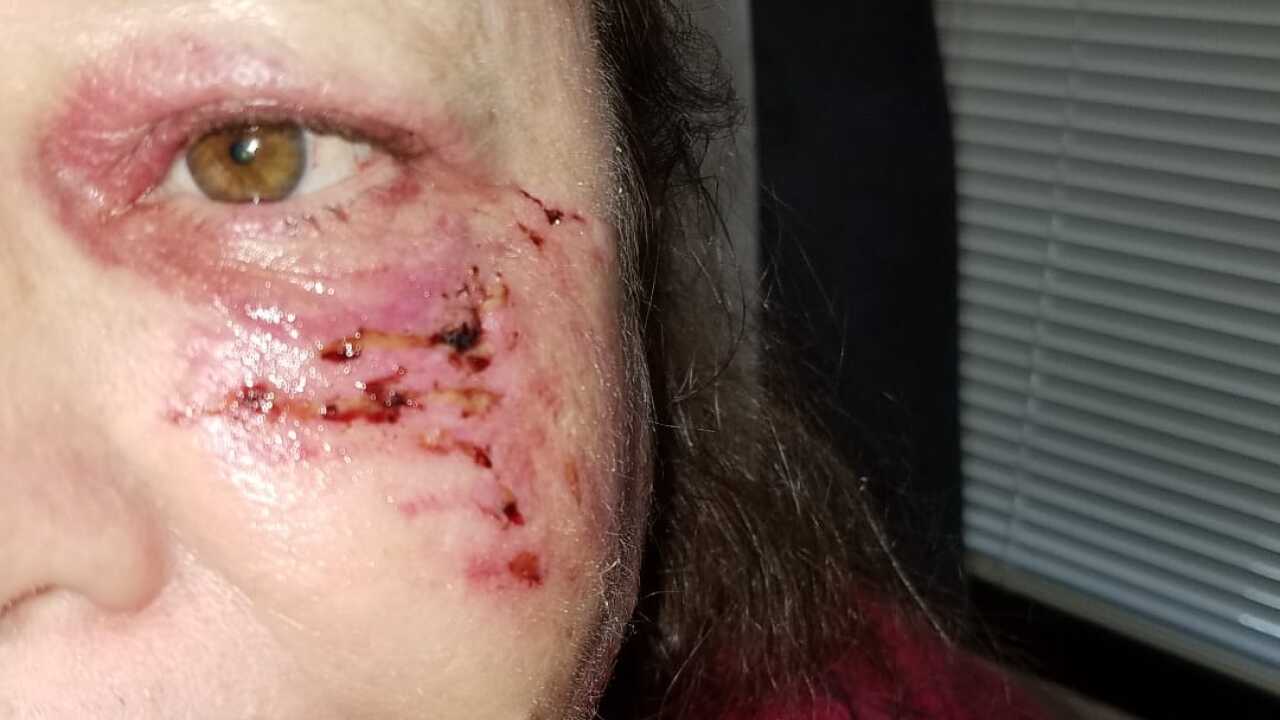 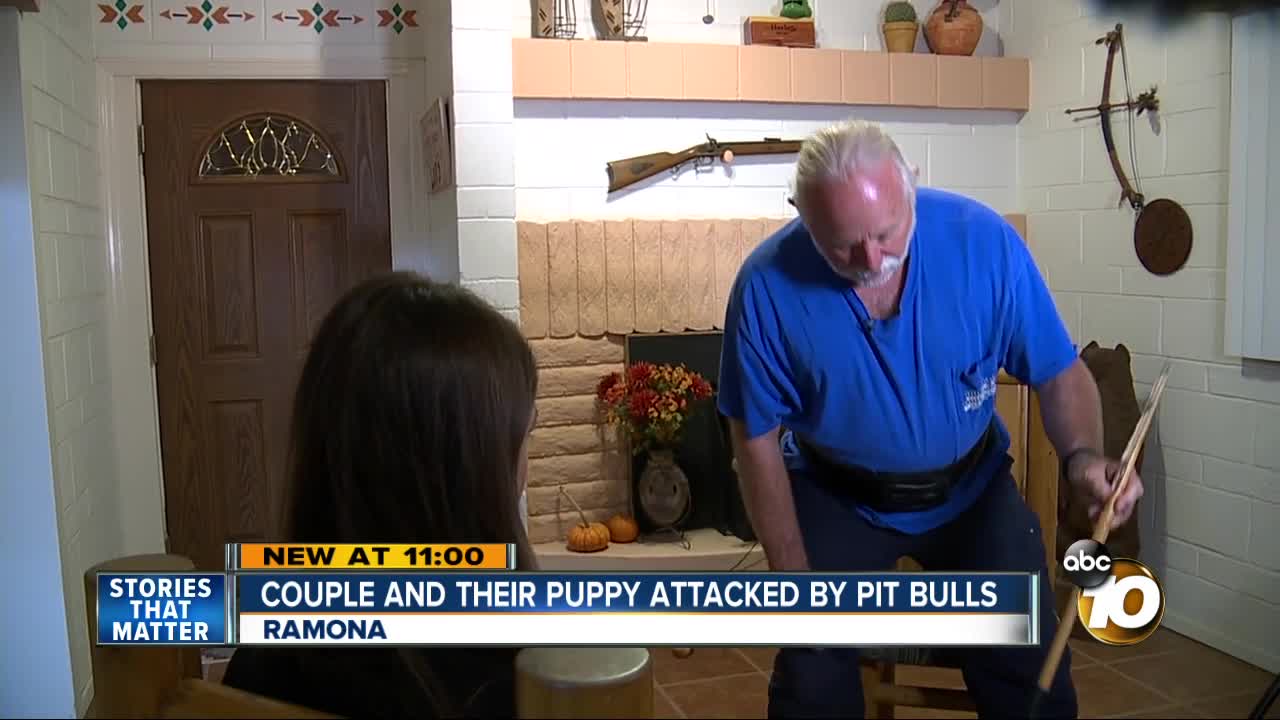 Michael Dougherty was walking with his wife, Dee, in the Kmart parking lot in the 1800 block of Main Street training their puppy, Rueger. Dougherty said it's easier in the parking lot, as there is more light, compared to their rural neighborhood.

As they walked toward the Taco Shop, around 7:15 p.m., Dougherty said from the corner of his eye, he saw two pit bulls charging.

RELATED: Dog and owner mauled by pit bull during walk in Oceanside

They attacked Rueger and his wife, who went down trying to rescue the dog.

Dougherty is recovering from a back injury and walks with a cane. He used it as a weapon.

"I just started beating the dog, beating the dog, until it [the cane] snapped. This fell down alongside the dog and my wife and she grabbed this and was jamming it into the dog's mouth. When this broke I started punching the dog in the head."

Eventually they were able to separate all three dogs. No one escaped uninjured. Dougherty described his wife's wounds, "the top fang went in," gesturing at his left cheek, "and the bottom fang went under her chin like this."

"Both arms are bitten up quite a bit, I couldn't even count them there were so many," he continued, saying her hand bore the worst injury. "Her thumb was bitten three quarters of the way around," saying the skin had been pushed up, away from her hand. "She said she could see the bone, but I don't know about that."

Dougherty suffered a bite to his hand as well.

As he called 911, he saw the owner and the two pit bulls walking away.

"It's frustrating to think that he didn't have the courage to stand here and be responsible for what his animals did."

RELATED: Family trying to save 'sweetest pit bull on earth' after authorities recommended it be euthanized

Dougherty said they don't know how much his wife's emergency room trip will cost. They have a $500 veterinarian bill and said his wife is anxious when he leaves the house.

Dougherty hoped by telling their story he would "make people aware and maybe get some information to get this wild animal off the street. He was plain vicious."

Animal Control confirmed they have a dog in quarantine, and will have the couple identify Friday whether it's the same dog who attacked them.

Dougherty has a GoFundMe set up to help with his wife's expenses. His son said she will be out of work while she recovers.