Dog and owner mauled by pit bull during walk in Oceanside 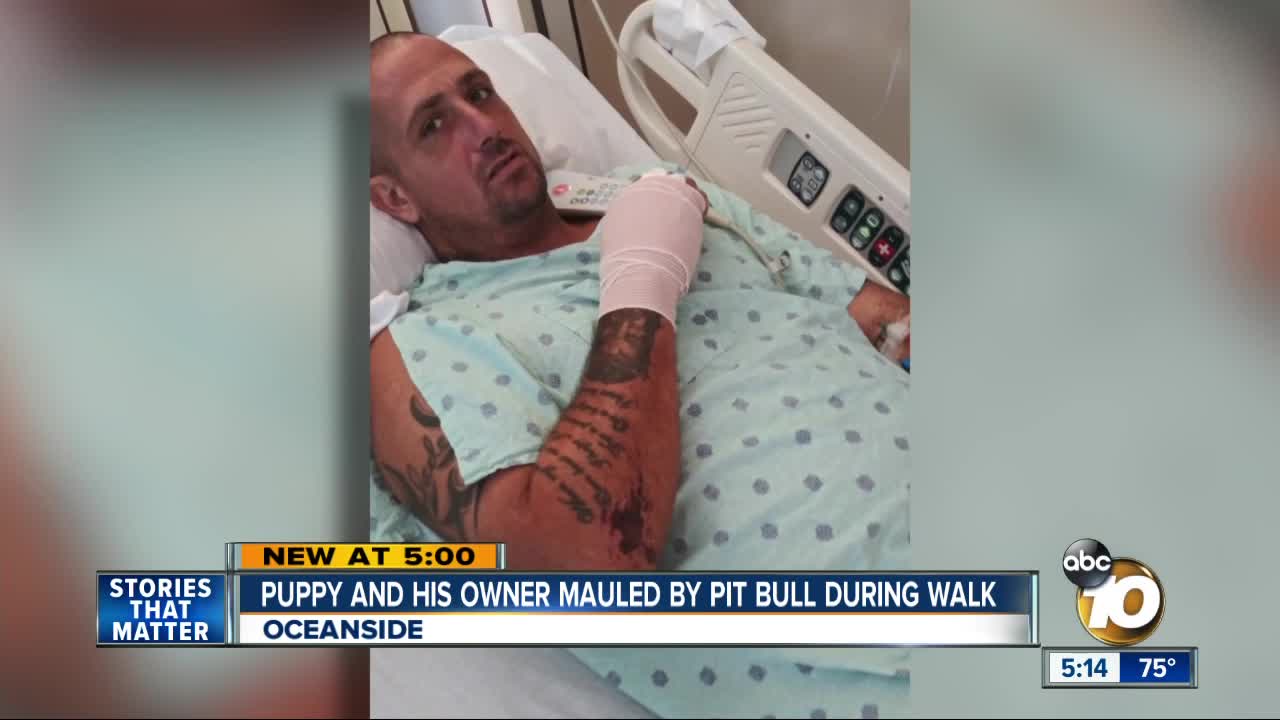 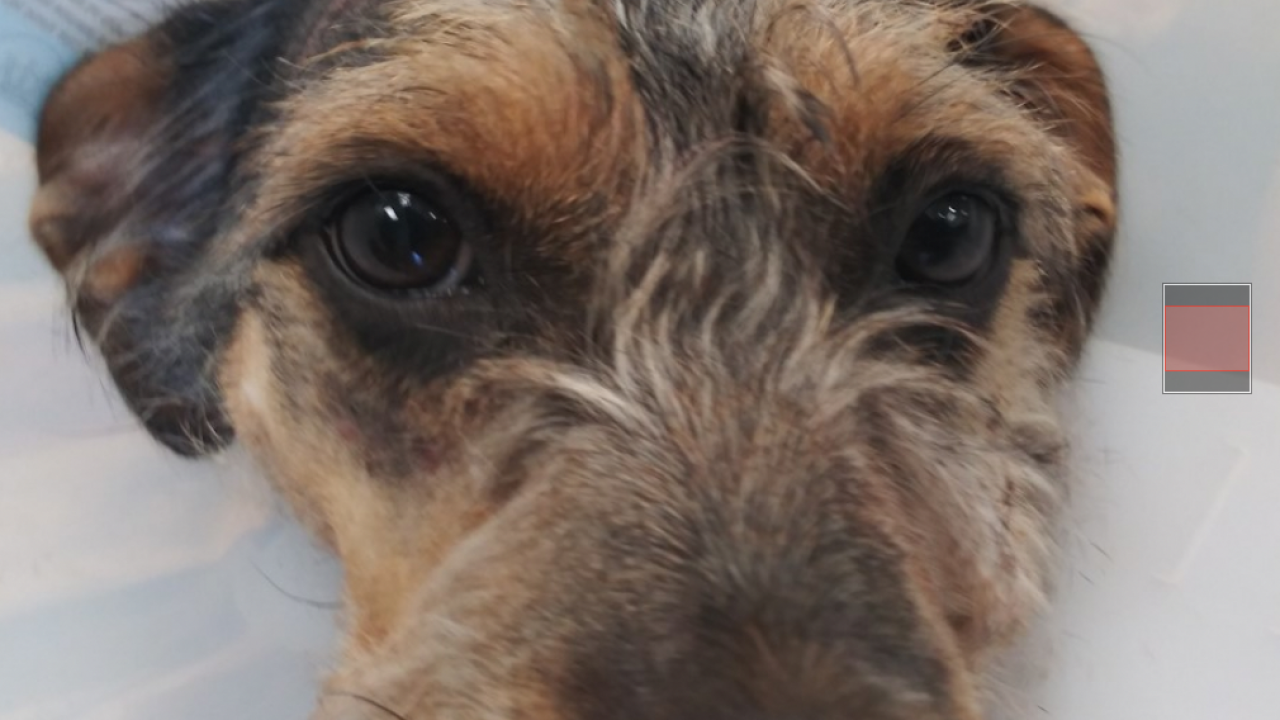 OCEANSIDE, Calif. (KGTV) - An Oceanside man says he and his puppy were mauled by an unleashed dog while out for an evening walk.

On Monday around 11 p.m. near Albertsons on Mission Avenue, Kevin Humphrey was taking his 7-month-old terrier mix Stitch out for his final walk when he saw a homeless man and his brown-and-white pit bull, loose. Humphrey says the owner managed to catch up to the dog and leash him.

Humphrey went on with his walk along the back side of the shopping center, when he says he saw the dog, unleashed again. Humphrey picked his dog up and started running, but didn't get far.

"It just starts biting at me and biting at me. He tries to bite my dog's throat out," said Humphrey.

Humphrey says the dog bit him in the back and arm before latching onto his puppy's throat. His puppy's life on the line, Humphrey jammed his hand into pit bull's jaws.

After a tortuous 20 minutes, the dog finally let go. Humphrey raced to get help for his dog and then himself. Stitch suffered more than a dozen bites. For Humphrey, torn tendons and bone fragments in his hand led to two surgeries.

The San Diego Humane Society says the homeless man contends Humphrey went into his tent and provoked his 4-year-old dog, which Humphrey denies. The pit bull is under a 10-day quarantine. If he's reclaimed, he'll have to wear a muzzle.