County to buy, preserve 98 acres of Wright's Field in Alpine 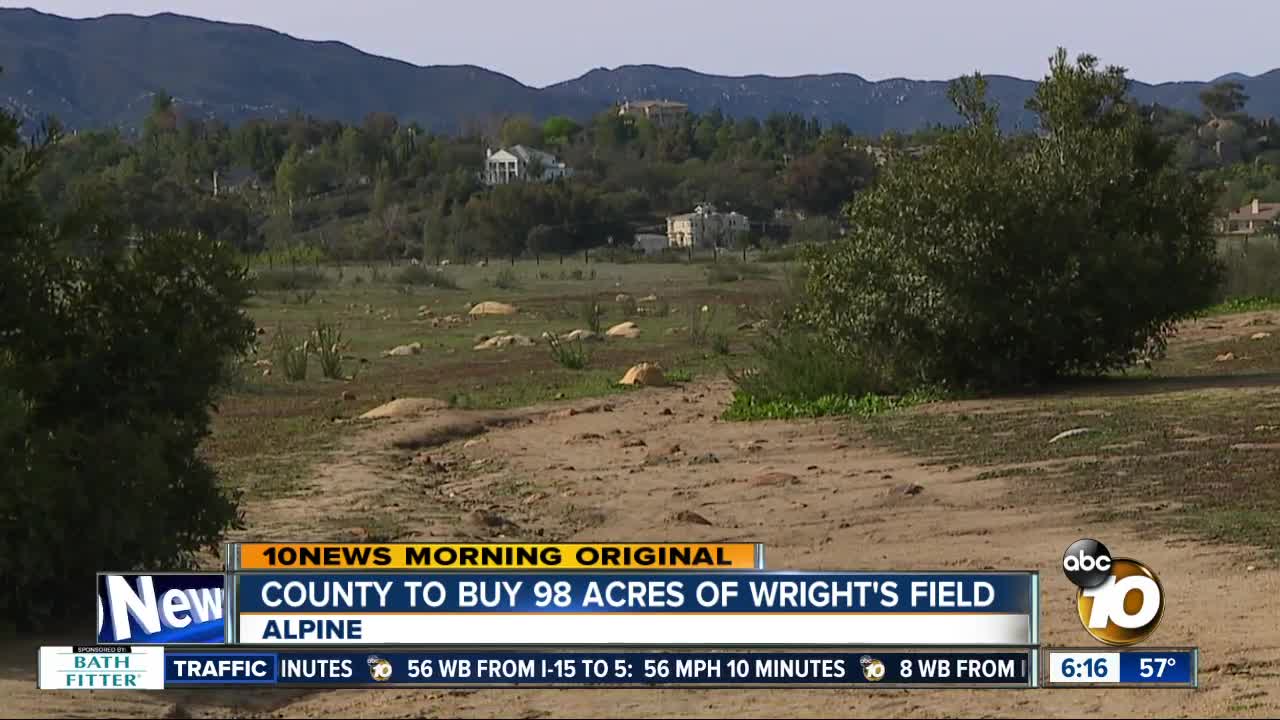 San Diego County will buy 98 acres of land in Alpine's Wright's Field. The plan is to turn part of it into a park and leave the rest untouched to preserve the area. 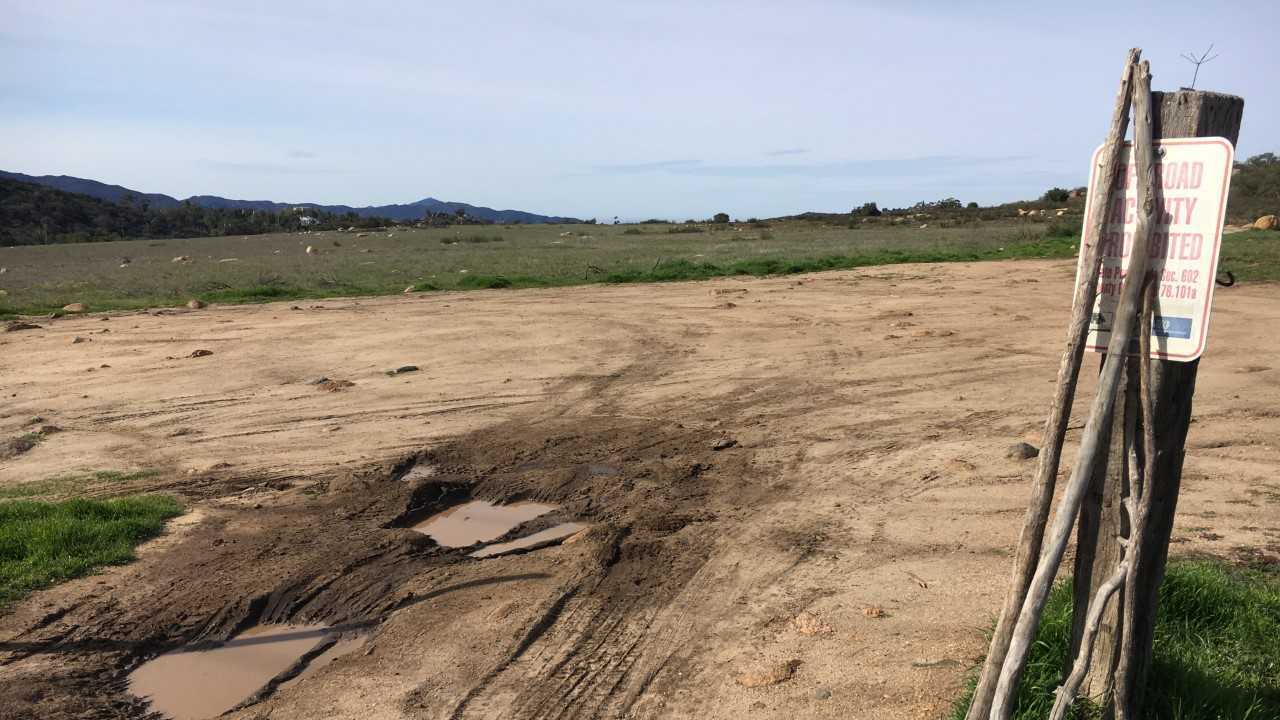 ALPINE, Calif (KGTV) - A large section of Wright's Field in Alpine will be safe from development, now that the County of San Diego has agreed to buy the land.

County Supervisors approved a $1.62 million purchase for 98 acres of land off of South Grade Road, with the intent to build a community park on part of the property and leave the rest alone as a public open space.

Private developers had owned that patch of land. It had been more than a decade since the developers last tried to build homes on the site.

"It's a win-win," says Supervisor Dianne Jacob, who spearheaded the effort to buy the land. "We add to Wright's Field, we add to the open space amenities in the community and, at the same time, we have enough property to have active recreational opportunities for children, families in the community."

People in Alpine have been trying to make this happen for decades.

The Back County Land Trust already owns 230 acres of Wright's Field. The area is used for hiking, biking, and horseback riding. Schools also bring students out for classes about native California plants and animals that live on the land.

"This is the last remaining area in San Diego County that has native grasslands, native to Southern California," says George Barnett, the Director of the Back County Land Trust.

He says they would love to see a park built on the site because Alpine doesn't have a large community park within the city.

While there are no specific plans yet, the idea from the County is to let residents help plan a park with ball fields, picnic areas and playgrounds for part of the newly bought land. They'll also spend some money to spruce up the sports facilities at Joan McQueen Middle School, which sits adjacent to Wright's Field. Everything else will stay the same.

"The open space is unique and awesome that we'll have this," says Jim Easterling, who chairs the Alpine Community Planning Group's Parks and Recreation Committee. "To go to a park of any size, we gotta go to Pine Valley. That’s our nearest park. It’s a nice park, but it’s not Alpine."

Barnett says bringing more people to Wright's Field will create a sense of pride and make more people want to protect the land.

"The best way to conserve a property is not to put a fence around it, not to keep people out, but to get people on your property, knowing what they’re doing, respecting your property and being stewards of your land," he says.

There is no time table for when construction on the park will begin.