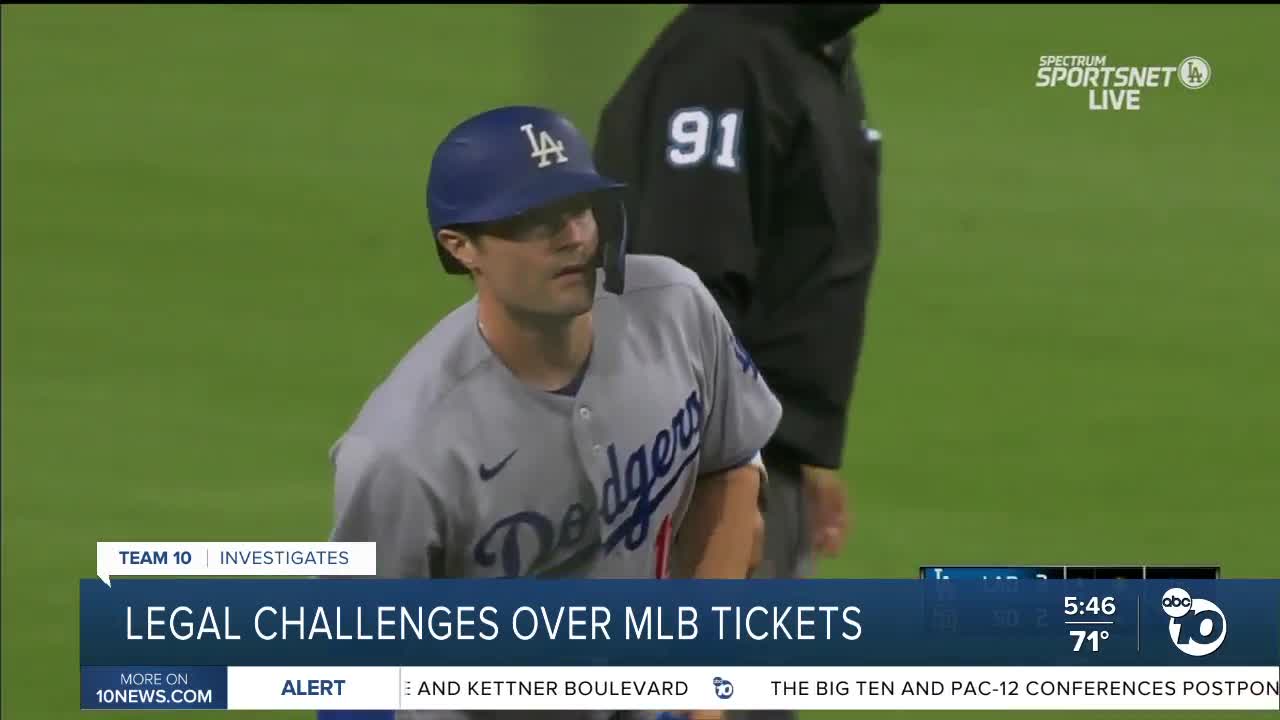 With a shortened and fanless baseball season underway, there is still confusion and legal challenges over refunds for tickets.

SAN DIEGO (KGTV) -- With a shortened and fanless baseball season underway, there is still confusion and legal challenges over refunds for tickets.

Sydnie Gallegos lives in San Diego, but she is a loyal Dodgers fan. Every year, she and moe than a dozen of her family members see a game live at Dodgers Stadium. “We do it once a year, every year, for the last six years,” Gallegos said.

Gallegos, like so many others, were left in the dark wondering what to do about tickets they bought.

Her family bought tickets to a July 4th game back in March. “It was for 15 of me and my family members. That’s over $1,400 just in tickets,” Gallegos said.

Although Major League Baseball announced refund policies in April, Gallegos said they didn’t hear anything until July. They received an email from the Dodgers, offering ticketholders “with an account credit for all 2020 tickets and parking (plus applicable fees).”

The team also added a 10 percent bonus credit, which could be applied for the 2021 season. A spokesperson for the Padres also said they’re also offering fans a refund or use their credit towards the 2021 season.

Despite refunds now being issued to fans, a class action lawsuit over the issue continues. Several ticket buyers sued Major League Baseball, the teams, as well as StubHub, Ticketmaster, and Live Nation. The attorneys for the plaintiffs said they are still moving forward with the lawsuit because they “continue to pursue their claims so that each ticket purchaser for the MLB 2020 season will receive a full refund as soon as possible.”

“As the season will have no fan attendance, Defendants have no reason to keep any of the ticket purchasers’ money,” attorney Blake Yagman wrote to Team 10.