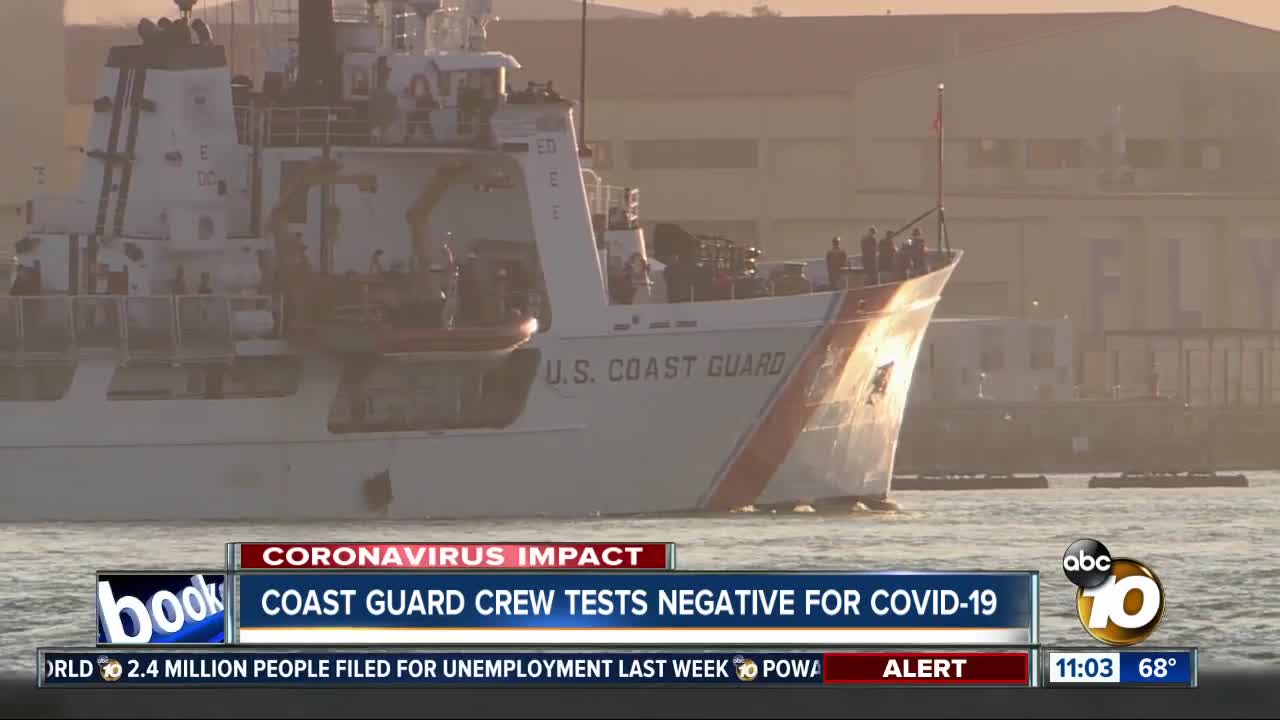 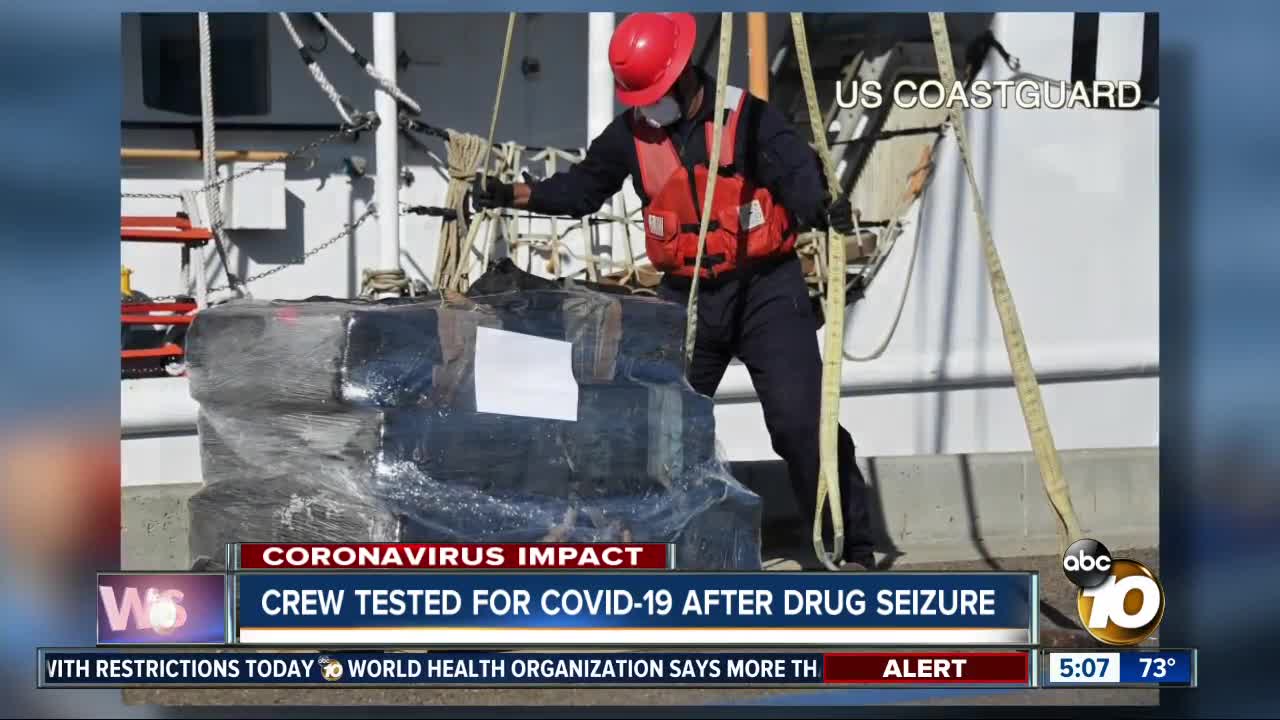 SAN DIEGO (KGTV) -- The entire crew for the U.S. Coast Guard Cutter Active tested negative for COVID-19 after three detainees on the vessel tested positive for the virus.

The 67-person crew was in a counter-narcotics operation in the Eastern Pacific when they took the three suspected smugglers onboard on May 12. The three people were isolated because they did not have COVID-19 tests on-board.

One detainee showed mild symptoms, including a fever and a sore throat. When they arrived in San Diego on Wednesday, the three detainees were tested, their results came back positive.

While on their mission in the Eastern Pacific, the cutter seized over a ton of cocaine worth roughly $37 million.

The cutter left the bay after receiving the crew’s negative results. It is based out of Washington State.